Title: INTERNATIONAL: 'Never in my wildest dreams did I think I’d win this' - Coyle 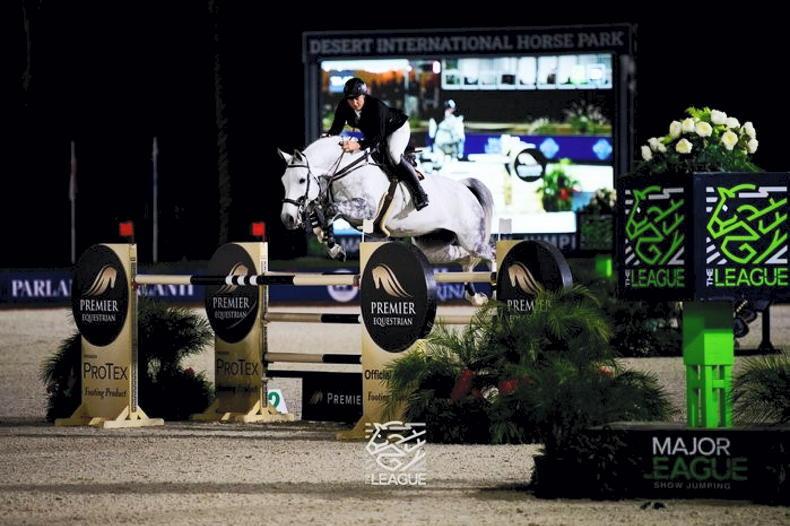 Coyle landed his first victory at this level with Elan Farm’s 10-year-old Casall gelding Aristo, beating USA’s multiple Olympic medallist McLain Ward into second place in a competitive nine-horse jump-off where they were the only two to produce double clears.

“I’ve been jumping this level now for a few years and I’ve never won a five-star Grand Prix,” commented Coyle. “It’s been bothering me a lot because I’ve been close quite a few times.

“The one that haunts me the most is the first week of Spruce Meadows in the $500,000 CSI5*. There were five clear rounds, I think me, Conor Swail, Eric Lamaze, Beezie Madden and Steve Guerdat. I had the fastest time with one down and finished fourth. That one haunts me big time.”

On Ariso, who he has ridden since March 2020, he added: “He was very good today. He’s very strong but he gives you a great sensation over the jump. Sometimes he can jump really high and it doesn’t always work out so well because sometimes he jumps too high and then you have to put on more pressure and then he can get strong. Today he was just nice and easy.”

Talking about his jump-off round, Coyle said he chickened out of taking a stride out to the last fence. “I don’t think you can have a strategy; you kind of have to ride them off more off a feel. Sometimes you should add a stride, and sometimes you should leave out a stride. I should have done five strides to the last jump but I chickened out. That made it harder for him.

With a field of 37 international athletes coming forward to test the track, Ireland’s Alan Wade, with the help of Peter Grant (CAN), Nick Granat (USA), Joe Rycroft (USA), and Jared Erho (USA), set a course to challenge the best of the best equestrian athletes from around the world.

It took 17 rounds to get to the first of an eventual nine clear rounds that would complete the final jump-off. Canadian Sam Walker and Hermelion VD Hooghoeve was first to go in the jump-off but had a miscommunication at fence two and retired from the jump-off round.

USA’s Karl Cook came in visibly hungry to win, but lowered the top rails of two fences on the short course along the way. Next to challenge the track was Canada’s Amy Millar. After a strong start, she eventually finished with four faults and in sixth place.

Egypt’s Nayel Nassar came into the ring on Igor Van De Wittemoere with a vengeance after his third place finish in the $72,900 Welcome CSI5*. He flew around the course in 34.77 seconds, the fastest at this point, but also finished with four faults, which was eventually good enough for fourth place.

Coyle was fourth to go and threw down the gauntlet to those following when producing the first clear round in 34.49 seconds which ended up being nearly seven seconds faster than McLain Ward.

Second last into the arena and the highest ranked rider in the field at number 12, Ward put in a solid clear round in 41.02 seconds with Kasper Van Het Hellehof and secured the second spot with only his student and 2018 World Equestrian Games teammate Adrienne Sternlicht to give the short course a go.

Sternlicht piloted Bennys Legacy around the course as fast as she could. They looked on target until the last fence fell to leave them in third place with four faults in a time of 34.55 seconds. Coyle earned just over €68,000 for victory.