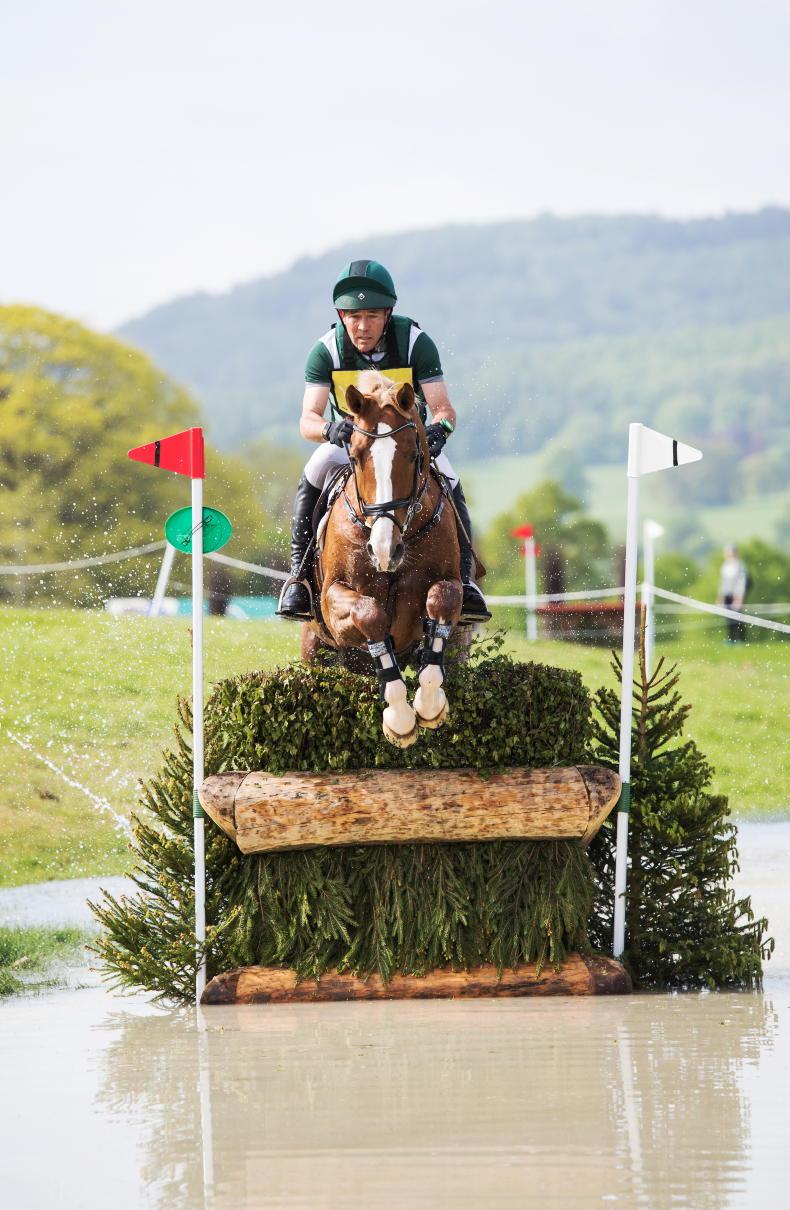 ON the back of a top-10 finish at Badminton Horse Trials with Colorado Blue, Austin O’Connor continued his good form at Chatsworth International last weekend, winning the CCI2*-S Section A with Silver Don.

O’Connor finished on his dressage score of 28.2 with Tin Mosvold’s nine-year-old gelding Silver Don, who was having just his second international run since 2020. In a class where the time across the country was attainable, the pair were one of 12 clear inside the time, plus they added nothing over the coloured poles to finish two penalties ahead of Dutch runner-up Andrew Heffernan with the 10-year-old Catherine Long-bred Irish Sport Horse Ballylaffin Juno (Cassino x Ghareeb).

Sian Coleman made it two Irish in the top three when she also finished on 30.2 with Lady Caroline Colthurst’s seven-year-old Dignified Van’t Zorgvliet mare Blarney Monbeg Pepper who was bred by Marie and Peadar Carter.

Susie Berry was best of the Irish in the CCI4*-S with Helen Canton’s 13-year-old gelding Ringwood LB (Iroko x Seoidin Alainn), who was bred by Caitriona Mulkere. They added 7.6 cross-country time penalties to their smart dressage score of 29.0 to finish on 36.6.

Britain’s Oliver Townend won the class with the nine-year-old Irish-bred Dreamliner by Cobra who is out of a Glidawn Diamond mare and bred by Cathal Lyons. Around a track where no one made the time, he was closest with just two time penalties to finish on 31.4

“He’s a very genuine horse,” said Townend. “Chatsworth is a very good event for setting you up for something big, and hopefully this will have been the perfect preparation for Luhmuhlen [five-star in Germany] next month.”