Noel Mullins was delighted to be back with the Galway Blazers for their opening meet from Raftery's Bar, Craughwell, Co Galway 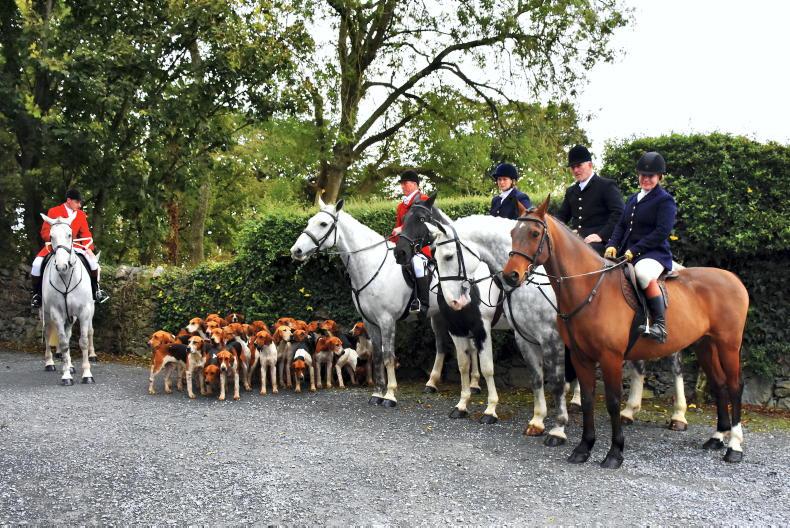 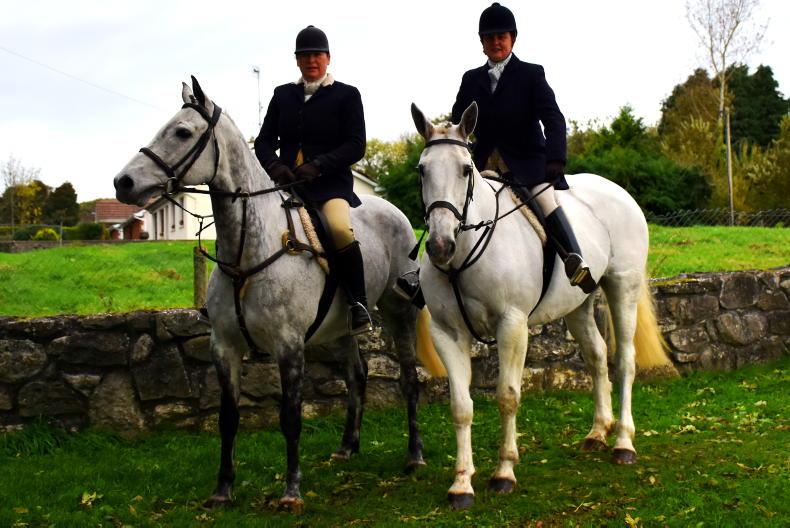 IT was like old times at the Galway Blazers’ opening meet at Rafterys Bar in Craughwell with a large number of local mounted followers including children, all good riders and beautifully turned out. The Blazers have gone from three days to two days a week which makes sense as now two motorways criss-cross the hunt country, and they can now hunt the best of it with some comfort and safety.

There was also exciting news in this home of Gaelic hurling that the 10-time All Ireland medal winner and Kilkenny multiple all-star Henry Shefflin is the new manager of the Galway hurling team. Craughwell Gaelic Hurling Club was founded in 1885, and the grounds were originally part of the Blazer kennels’ land.

However, there was sadness too as, for the first time in living memory, the late Blazers field-master Willie Leahy was not at the meet, having passed away some weeks earlier.

He will be remembered fondly by many, especially the overseas visitors that he made so welcome hunting, many who remained friends for life, buying his hunters and spending their vacation on his Connemara Trail.

But there was good news too as the Blazers have a new joint-master in Joanna Hyland, a granddaughter of Blazers’ former master and huntsman Lady Molly Cusack Smith, and a descendant of John Dennis, the founder and first master of the County Galway Hunt in 1829. Molly hunted the Blazers from 1939-1945, and then she and her husband Sir Dermott formed their own pack – the Bermingham and North Galway Foxhounds in 1946 – while also joining the mastership of the Westmeath Foxhounds.

Joanna’s mother Oonagh Mary was a joint-master of their family pack while also hunting from childhood with the Blazers, and she was on hand to see her daughter on her first day as joint-master as was her son Aaron.

Joanna has many of the characteristics of her grandmother; she rides positively, is very decisive, and loves her hounds and her hunting.

Her partner Johnny Geoghegan, known as a provider of hirelings to the Blazers, had 14 out – mostly locals who have hunters on livery with him. They also stand stallions including the Irish Draught stallion Ceide Prince, by Gurraun Zidane who was owned by Chantal Dion and ridden internationally. Trucks were arriving from Geoghegan’s, Gilligan’s, McNamara’s and many more. International show jumper Tim MacDonagh, known for the Hollypark prefix horses, was on a four-year-old Irish Draught by their own stallion Drishane Diamond Lad, whose back breeding is Clover Hill and Diamond Lad.

They carry a large stock of show jumpers and hunters and the youngstock have a unique early development, allowed to run as a herd on their farm on the limestone lands in the Burren in Co Clare. They return to Hollypark for their education and go on to clients all over the world as show jumpers, eventers and hunters.

The Carty sisters, Maeve and Nicola, Stephanie MacDonagh, Theresa Kennedy Lydon and the Jakemans were out as well as was Amory McMahon on her well known hunter Fred.

Also out were Margaret Geoghegan and Katie Murphy on Tayto, Harry Murphy, Dean Conlon and Brendan Commins. Vincent Shields, a son of the late Blazers’ master and a former master of the West Carbery Hounds, better known as Edith Somerville’s pack, was leading his daughter Molly while his wife Ruth was away on horseback!

Damian and Mike Carty were following as they would most mornings autumn hunting. Mrs Anne Geoghegan was following as was former huntsman Neil Simpson, who although living in Limerick, is a regular visitor to Galway. International endurance rider Martin McNamara was on foot and he was with his niece Rebecca and cousin Kayla Costello whose father Michael was helping to build walls.

Following also was Alan Leonard, a skilled photographer who is recording the Blazers throughout the season. At the meet was Barry Gavin whose mother Pauline was a Blazers’ joint-master for many years. She also rode and trained point-to-pointers and was the first lady in over 100 years in 2010 to be invited to join the Galway Race Committee, a position her late husband Colm held for many years previously.

Huntsman Anthony Costello and his Blazers pack did not disappoint with their wonderful music. Anthony’s father James was huntsman of the County Clare Hounds and the North Galway Foxhounds, and his uncle John Willie hunted the County Sligo Hounds. He also trained and rode point-to-pointers for a number of years so his riding skills are top class.

He has a huge workload managing the hounds and kennels while also visiting over 40 farmers to arrange each meet, but he had great support from local farmer Martin Moran for the opening meet. His new whipper-in Oisin Rigney is from nearby New Inn and is a fine addition to the hunt. He spent some time whipping-in with the County Waterford Foxhounds and he concentrated on his job all day keeping backmarker hounds on to the huntsman.

This meet in Greenwich had not been autumn-hunted so foxes were almost too plentiful, having had plenty of time to get comfortable in one area, which is not good for them as they can contact mange. This is caused by a highly infectious mite that can burrow under the surface of the skin and cause itch and infections and sometimes can be fatal. So hounds make a positive contribution in dispersing congregated foxes, and in this way they can avoid this dreadful condition.

The pack drew Derry Bermingham’s, John Kelly’s and found in Pakie Martin’s where music was in the air but confined as foxes were slow to leave. But the followers had some fun as all the fields in this area are small so jumping is frequent and the hazel woods provide an ideal environment for sound.

Having done their work in the first covert, the next draw was in Tom McNamara’s farm at Shanbally, and many would be familiar with the success of the Shanbally prefix horses all around the country, but especially at Balmoral and the Dublin Horse Show.

Tom’s daughter Maria rides all their show entries, both astride and side saddle. She is one of the foremost experts in riding side saddle in Ireland and was hunting side saddle on the day. They trade as Horses in Ireland.

As soon as hounds hit the cover in McNamara’s, they were on song but again foxes were slow to leave weaving back and forward from one wood to the other. We got a special glimpse of the Blazer’s pack doing what they do best, casting themselves in circles which was just magical to be up close to, and the huntsman avoiding the temptation to lift them.

But they got it right again and again on their own. It was just like a special performance for the few of us that happened to be in the right place at the time. They marked eventually in a stone dump. The next draw was Coleman’s on The High Road and they found and got a run to Ricky Allen’s, into Rabbitt’s, and hunted back the same line again back to Coleman’s before the huntsman blew for home.

Raftery’s Bar lived up to its reputation as the home of hospitality. 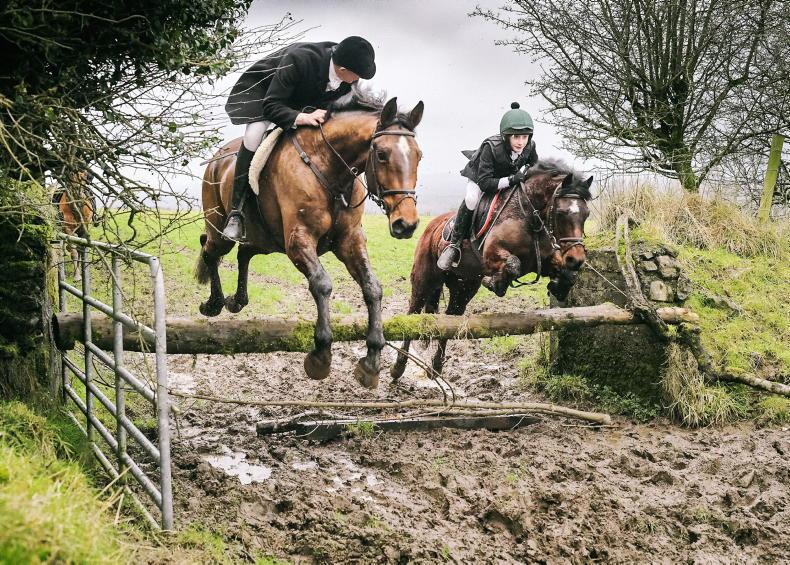 Irish Field Contributor
PICTURE DESK: Out and About
There was plenty of riders out, from pony youngsters to professionals at the top of their game, for hunt meets nationwide over Christmas and the New Year 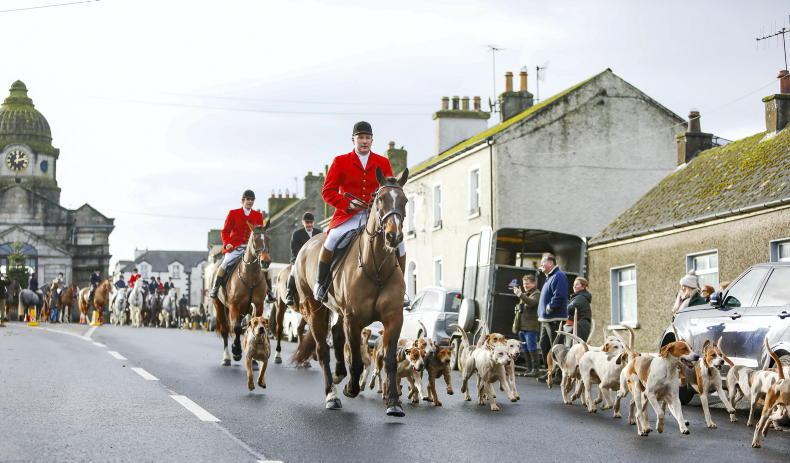 Irish Field Contributor
PICTURE DESK: Out and About
There was plenty of festive action in the hunting fields over Christmas 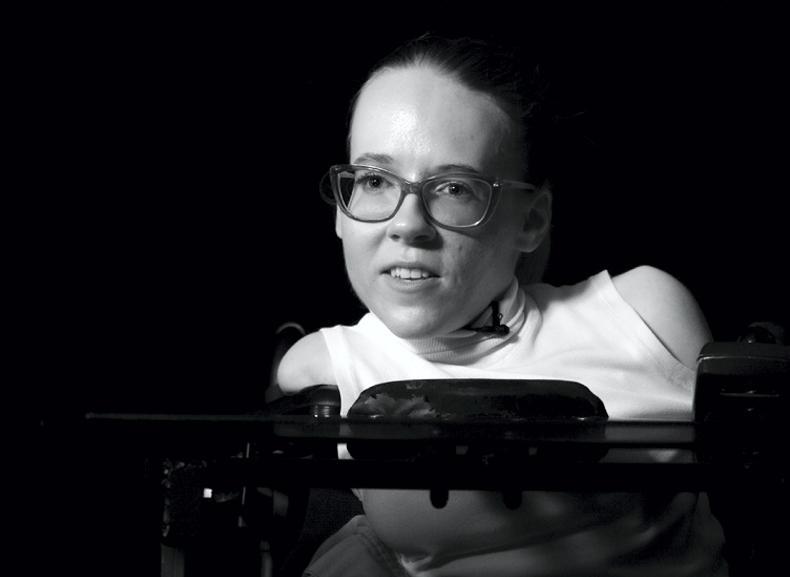 Isabel Hurley
COMMENT: Breaking down barriers
If you ever feel like you can't do or even dream something, Joanne O'Riordan's uplifting column in The Irish Field this week will start you thinking anew 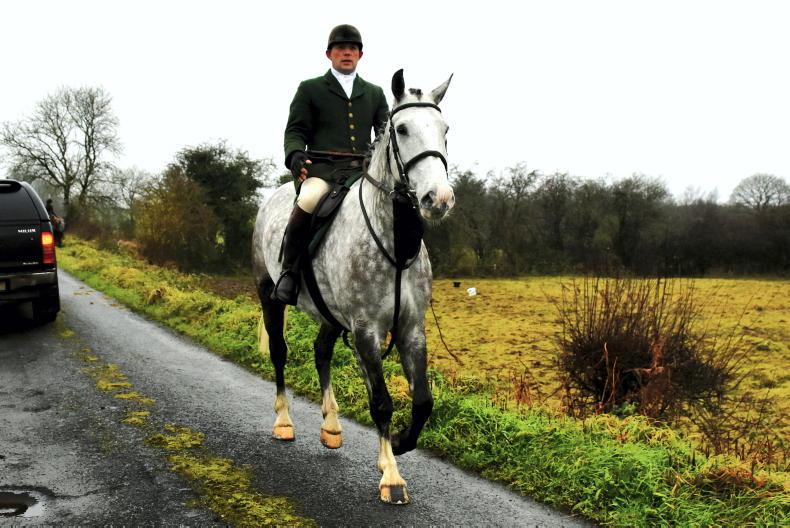