Title: HORSE SENSE: "If we don’t get with the programme we are part of the problem" 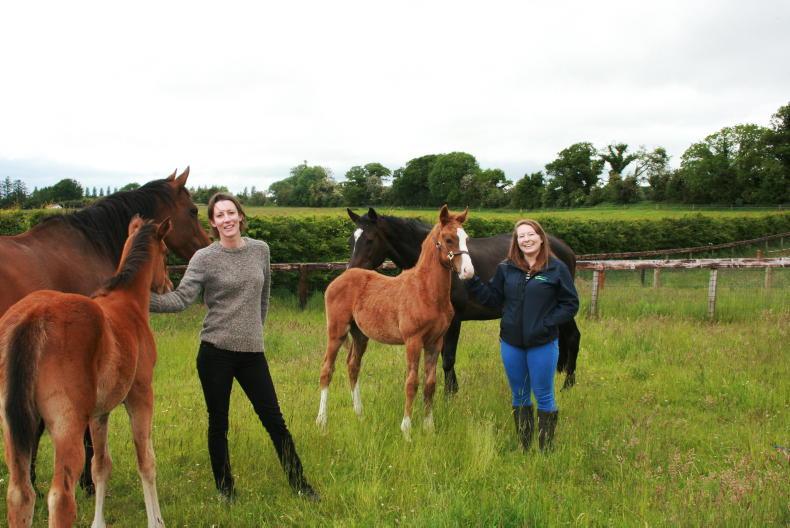 MORNA McDowall’s farm is situated in north Cork, where she produces thoroughbred horses for flat racing. Morna has a small band of broodmares and also buys young stock at auctions, with a view to resale at yearling or breeze-up sales.

Timber panelling encloses the first farm buildings seen in a neat yard; a timber open-fronted stable block and a stone shed. The shed is a converted water tank from when Hazelwood Plant Nursery used this site in the 1940s.

The panelling is made from recycled scaffolding boards, smartly painted. Patches of lawn of are visible, all at different heights and full of daisies, red clover and white clover.

The hedgerows and grassland visible across the farm are a mixture of species at different growth stages.

Morna took over 40 hectares of tillage in 2009 and within two years had planted 10 hectares of commercial oak forestry and converted the remainder to grassland.

“Tillage was not economically viable for me. The inputs were very high and profits low. I hoped that the forestry would help to boost the farm’s income via grants and simultaneously create habitat. The grassland gave me more independence to farm hands on,” Morna said.

Even back then she was keen to improve the farm for nature and built this into the forestry contract by including extra numbers of native species like whitethorn and blackthorn. Field margins were left unplanted, which have been allowed to regenerate naturally with native plants and trees, and act as corridors of movement for wildlife.

The grassland supported a commercial flock of sheep and silage was grown for sale under contract. Morna worked part-time off-farm for Grove Stud in Fermoy and at the sales. She continued her biodiversity efforts at home by planting hedges and various copses of native trees, which include oak, birch, Scot’s pine, hazel and spindle.

They have multiple functions including shelter, slowing and filtering water run-off from a local road, and providing habitats for wildlife like red squirrels and birds.

Some of the planting was done under the Rural Environmental Protection Scheme (REPS) but Morna planted more than was required. Under current rules this area is now ineligible for the Basic Payment Scheme (BPS) which Morna strongly feels is a deficiency in policy.

Morna developed an orchard on the farm in 2013 which contributes not only a source of fruit, but also provides a habitat for wildlife on the farm.

Additionally, grass with limited mown tracks through it has been allowed to grow to seed providing food for birds and insects. This area also enhances the visual value of the farm.

In 2015, Morna consigned two horses under her own banner for the first time.

“I had a Rock Of Gibraltar filly for the Arqana sale in France and a Footstepsinthesand colt for the Goresbridge sale in Ireland, who both sold well,” she said.

Morna added progressively to the horse facilities on the farm as the bloodstock trading, though small scale, paid its way. The successes of horses like Tango, Bodhicitta, and Above from the small number of horses she offered at the sales encouraged her to continue consigning.

She did not, however, abandon the sheep and silage production. The various enterprises co-existed on the farm readily but she was not happy with all aspects.

“I was slowly recognising that the farm ecosystem was out of balance. Even with my hedges and oak forestry growing beautifully there wasn’t enough buzzing and chirping. The grass silage system was very productive but again the cost of inputs were too high for what they returned.

“It was also taking a huge toll on the soil both in terms of nutrient loss and the microbiome population. I started to research soil and plants eventually coming to the conclusion that what I needed was a naturalistic grazing system based on a native multi-species sward,” Morna said.

Morna has found the process of transitioning the farm from nitrogen dependant ryegrass production to grassland with a healthy bioactive soil and no chemical inputs a bit experimental.

“It’s been transitioning for the last three to four years and some of the fields need a little help. Even though I’ve given the land a chance to regenerate naturally with native species the process has been slow because the seed bank has been depleted by generations of arable cropping,” Morna explained.

She is collaborating with the office of public works and Colin Jones who is the estate manager of nearby Doneraile Park, on a project to introduce seed from old grasses and flowers from their north meadows to her farm, known as green hay transfer.

There are nine bat species in Ireland which are protected species. Pipestrelle bats are roosting in the eaves of Morna’s house, which she is delighted to welcome. She notices that they leave in the evening and fly towards an area of trees located on a neighbour’s land nearby. Bats also play an important role in farm pest management as they feed on midges, flies and other potential pest species.

Morna believes that imagination and self-education has been important on the journey to improve biodiversity on her own farm.

The combination of actions that suit individual farms can be quite different depending on many factors: soil type, topography, rainfall, stocking rates, level of knowledge, farming system and management practices.

“I am learning to work with what I have and with nature, not against it,” Morna said.

Self-seeded oak saplings are appearing all over her farm this year and she is planning to use them to develop a small area of wood pasture. Butterflies, bees, moths, and other insects have quickly found the long grass and flower field margins on Morna’s farm an ideal habitat.

They are a significant food source for the birds and bats, and the numbers and variety of species is increasing on the farm. Morna is recording the plant, insect and bird life as best she can and hopes to chart the biodiversity recovery of the farm over the coming years.

Morna feels by making the various changes she has on her farm, and which she plans to continue adding to in the future, that she is “doing her part to aid in the recovery of biodiversity which is in decline globally.”

When asked for advice for others, Morna says: “We all have a moral responsibility and are in a position to help prevent further biodiversity loss. If we don’t get with the programme we are part of the problem.

“Everyone has the ability to make changes, however small. Soil, plants, insects, and animals are all linked. There is no one significant action but an accumulation of all the small ones.” 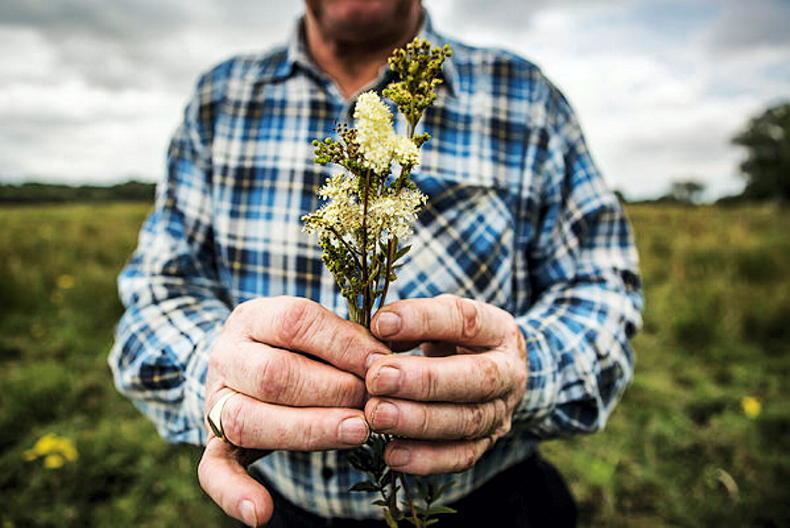 Helen Sharp
Tips for increasing Biodiversity in your horse’s diet
If you want to increase biodiversity within your grass equine nutritionist Lisa Elliot, Msc gives the top tips: 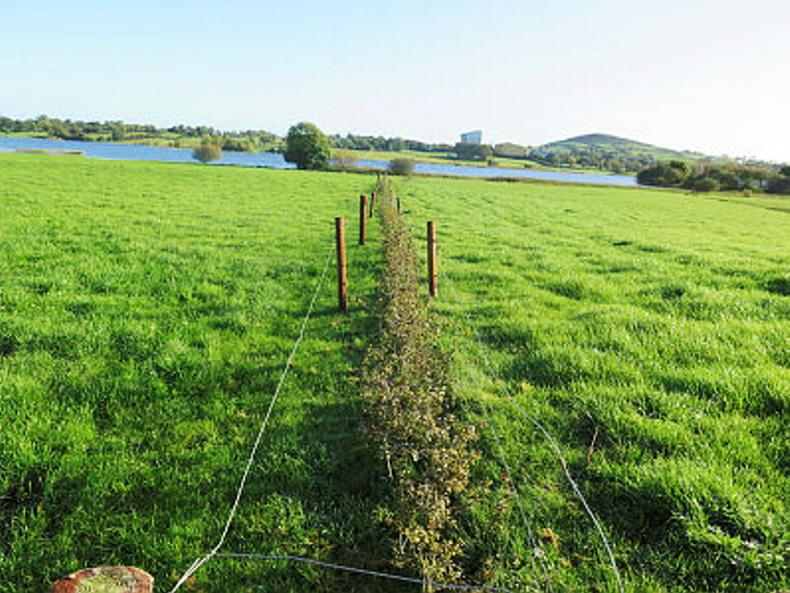 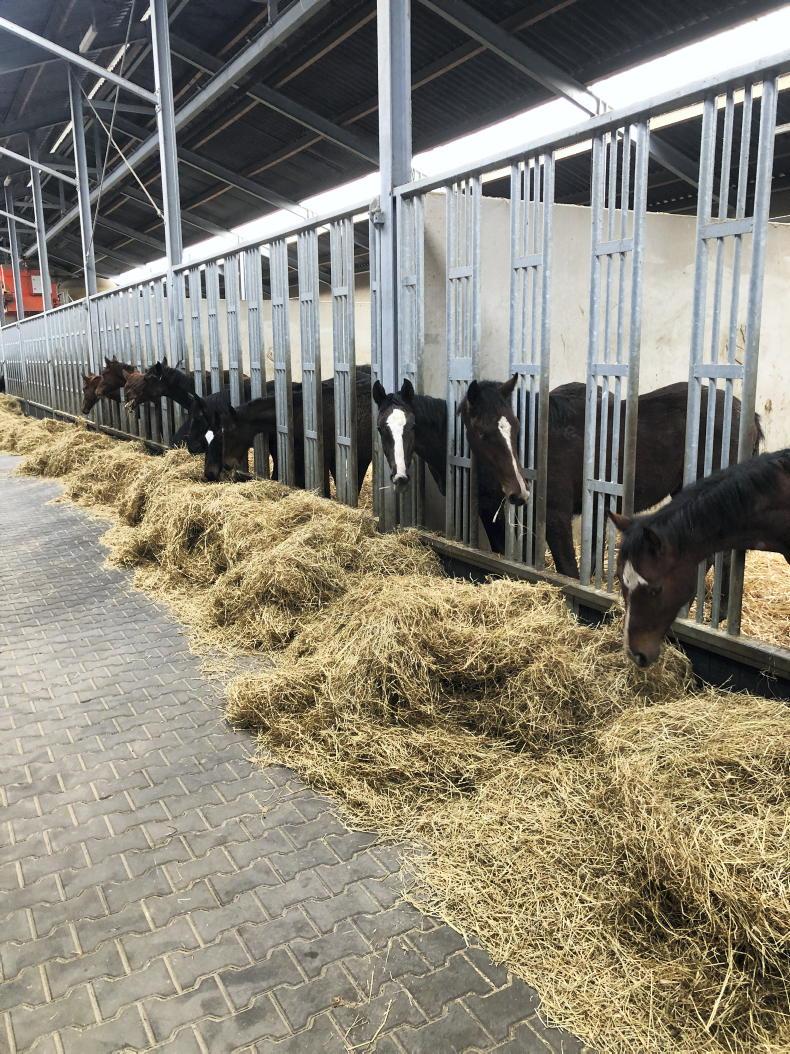 Helen Sharp
Barn construction: bearing the brunt of an unfair grant system?
With most grant support currently ineligible for equine farmers, building a barn can be prohibitively expensive. But how much does it actually cost to provide housing or shelter for your horses? 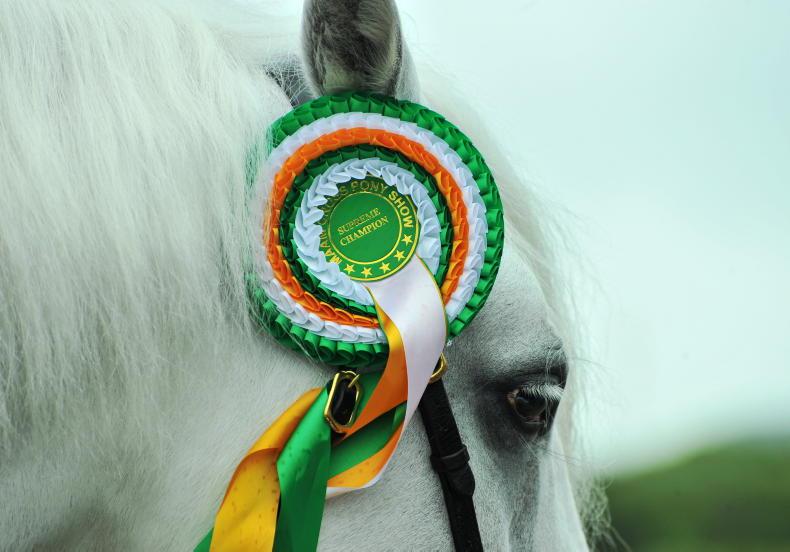 PONY TALES: Get snapping for Teagasc photo competition
There's €500 in prizes to be won in the Teagasc Equine Farming and Biodiversity photo competition with closing date for entries by May 31st 2021