Just one final step...
You must confirm your email address by clicking on the link we’ve sent to your email address.
You are only one short step away from reading 5 free Field+ articles.
HORSE SENSE ADVERTORIAL: Feeding for better health and performance

Register now to read five Field + articles
for free per month.
Only takes a second!
Already registered with The Irish Field? Sign in
By registering an account you agree to our Privacy Policy and Terms of Service.
The Irish Field / Horse Care / Nutrition

THE horse is a herbivore, right? This simple fact should inform everything we do with our horses including how we feed them. The horse’s digestive tract is healthiest when it is supplied with an almost continuous supply of low energy, high fibre material.

And yet what do we do? Put them in a stable and give them meals of high energy feeds that don’t take very long to eat – basically the opposite of what we should be doing!

Therefore, it’s no surprise that the incidence of gastric ulcers is so high, up to 90% in racing and performance horses, and diseases such as laminitis and colic still occur at levels seen 20 years ago.

ALL HORSES NEED A BIT OF TUMMY LOVING CARE

In contrast to many herbivores, the horse’s stomach is a small part of the gut – about 10% – and so many of the basic rules of feeding have evolved to ensure we don’t inadvertently cause tummy troubles by over-feeding. Food stays in the stomach for around 20mins before passing into the small intestine, although, when trickle feeding, the horse’s stomach would never be totally empty.

This basic principle has informed some of the latest advice when it comes to reducing the risk of gastric ulcers: feeding a double handful of chopped fibre before work helps to stop “acid-splash” which can ultimately result in ulcers. Exercising on an empty stomach should be a thing of the past for horses!

If your horse has ulcers you’re probably aware of strategies recommended to help manage the problem but how many do you actually put into practice? If your answer is not all of them, then you’re not alone! Our survey, completed by 267 people, found low levels of implementation:

56% –Fed a double handful of fibre/alfalfa shortly before riding

It can be difficult to increase turnout or feed more hay if your livery yard isn’t very obliging or your horse could already be turned out 24/7. But it is surprising to see that not everyone is avoiding starch and cereals which is generally much easier to do.

WHY SHOULD YOU FEED LESS CEREALS?

COUNTERACTING THE NEGATIVE EFFECTS OF OMEPRAZOLE

A paper by Swanhall and colleagues presented at the Australasian Equine Science Symposium in 2018, found that omeprazole reduced the digestibility of calcium in the diet by between 15 and 20% depending on the source. Inorganic sources such as limestone were less available than organic sources. The researchers suggested that this increases the dietary requirement for calcium and organic (plant) sources were recommended.

Alfalfa is abundant in calcium and has long been recommended for helping to reduce the incidence of gastric ulcers due to its natural acid-buffering properties. Swanhall’s paper suggests there is now another benefit to adding alfalfa to the rations of horses prone to gastric ulcers, as it will provide highly bio-available calcium which may help to counteract the reduction of calcium absorption caused by the use of omeprazole.

In simple terms the gut tissue has to be permeable to nutrients and impermeable to anything harmful to stop it reaching the body and causing disease. The intestinal epithelium (lining) consists of a single layer of cells which are joined tightly together. When the junctions between these cells are compromised the gut becomes more permeable or leaky and the term “leaky gut syndrome” is increasingly being used to describe this phenomenon.

Some of the factors thought to compromise the integrity of the epithelium include stress, disruption of blood flow to the gut tissue such as during exercise and increased acidity levels in the gut which is related to diet.

Exercise has been shown to divert blood away from the gut and send it to more active tissues such as the lungs and muscles. In studies back in the 1980s, ponies undergoing maximal exertion on a treadmill were found to have significant reductions in blood supply to the pancreas, small intestine, and colon, among other organs.

More recently, researchers have found that performing exercise more than four or five days per week is a risk factor for Equine Glandular Gastric Disease (EGGD) (ulcers in the glandular region of the stomach) in racing thoroughbreds and show jumpers. This lends weight to the belief that a contributing factor to EGGD is the disruption of blood flow to the stomach resulting in a breakdown of the natural protective mechanisms present there. Providing at least two rest days a week has a protective effect against EGGD which may be partly because the blood supply isn’t being diverted away from the stomach as often.

In the glandular region of the stomach there are three regions:

Levels of acidity in the whole of the equine stomach range from pH 1.6 to 6.5 with the more acidic conditions in the glandular region. Feeds containing higher levels of starch increase acidity in the stomach and so are not desirable when trying to reduce the risk of gastric ulcers. A low starch content compared to other similar feeds is one of the criteria required by the BETA approval mark for feeds suitable for horses and ponies prone to EGUS. So we know that fibre is important for the health of the digestive system and obviously a horse needs to be healthy to perform, but can fibre really fuel a horse in work?

In contrast to humans, horses can access and use the energy locked up in fibre. There are two key, interdependent reasons for this.

This is the function of the caecum; a one metre long sack-like part of the horse’s digestive system which is part of the “hind gut” along with the large intestine. Not all herbivores have the same anatomical adaptations that allow them to digest fibre – ruminants for example, digest fibre in their stomach which has four different compartments. Interestingly, the Koala is one that also has a caecum.

Researchers in Sweden have shown that forage can meet the energy requirements of horses in hard work with no loss of condition and equal performance to those fed cereals. Clearly the forage has to be of the highest quality to ensure sufficient energy is provided.

In addition to producing energy, when the microbes break down fibre there are other benefits too including:

None of the above would be possible without fibre to feed the good bugs and if disaster strikes and too much starch reaches the hind gut, the resulting acidic conditions cause the good bugs to die. This is the first step in a chain of events that can ultimately result in problems such as colic or laminitis. In addition to being a healthier alternative, fibre diets are also less likely to cause over-excitable behaviour. A study at the University of Edinburgh compared a fibre based diet that provided only 2% starch with a cereal based concentrate mix of the same energy level that contained 22% starch. Both diets provided the same amount of energy overall.

The results showed that horses fed the cereal-based concentrate mix were more reactive to new situations and equipment. They were also less consistent in their behaviour and had higher resting heart rates compared to horses fed fibre-diets.

The results of this study add to an increasing body of evidence to show that the key for a more focused performance is to use ‘slow-release’ energy sources such as fibre and oil.

WANT TO KNOW MORE ABOUT YOUR FORAGE? If you want to be sure your horse’s diet is balanced and correct then why not have your forage analysed? Hay or haylage usually make up at least half of most horse’s diets and so it is worth knowing how good or otherwise it is.

Dengie can analyse your forage for you if you send it in to them and will advise you on how best to feed to complement what your forage is providing.

To get a more realistic impression of the whole batch of forage, samples should be taken from a number of bales.

The mineral status of a forage tends to reflect the mineral content of the soil it is grown on. If your soil is deficient in a certain mineral then conserving forage from your own pasture means that you are compounding the deficiency. In these situations it is important to ensure that you supplement to counteract the deficiency and it may also be worth considering buying forage from another location that doesn’t have the same deficiencies. 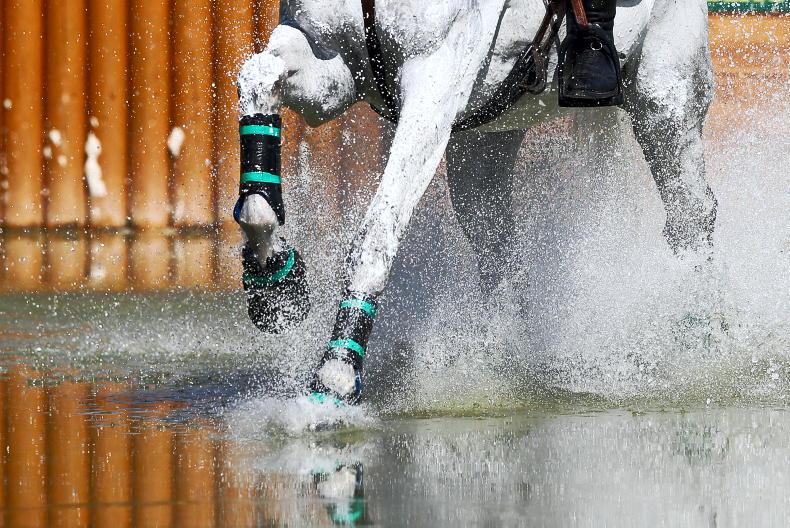 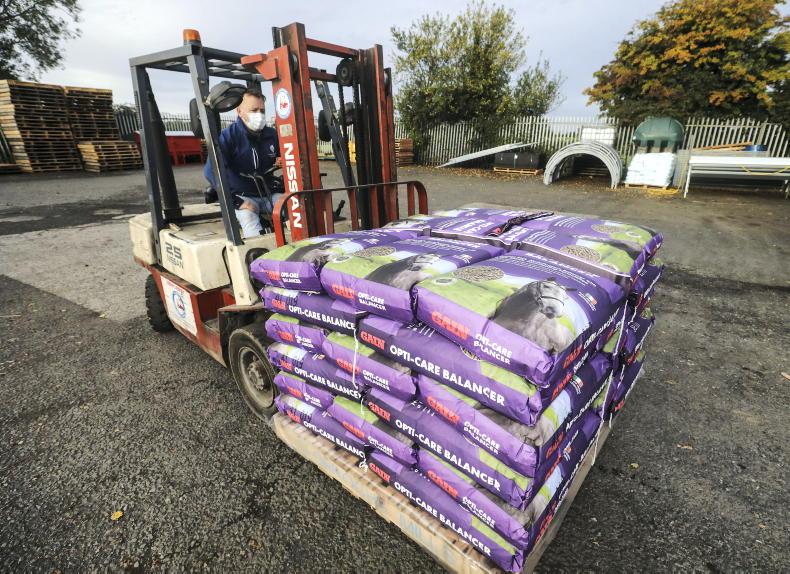 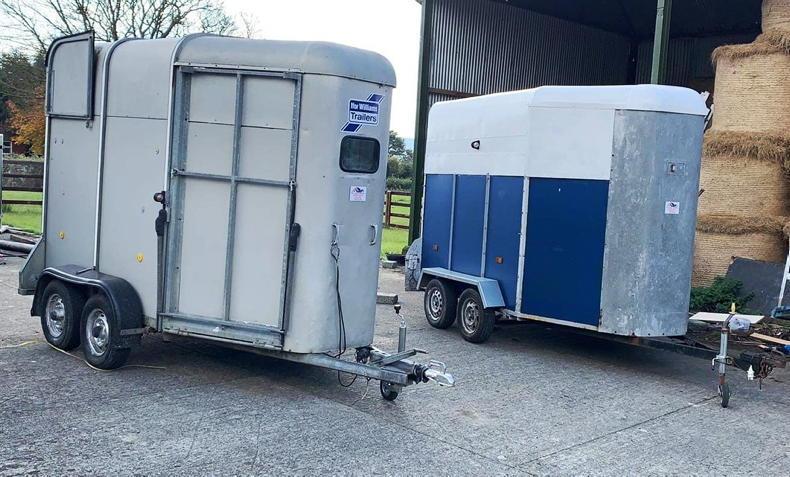 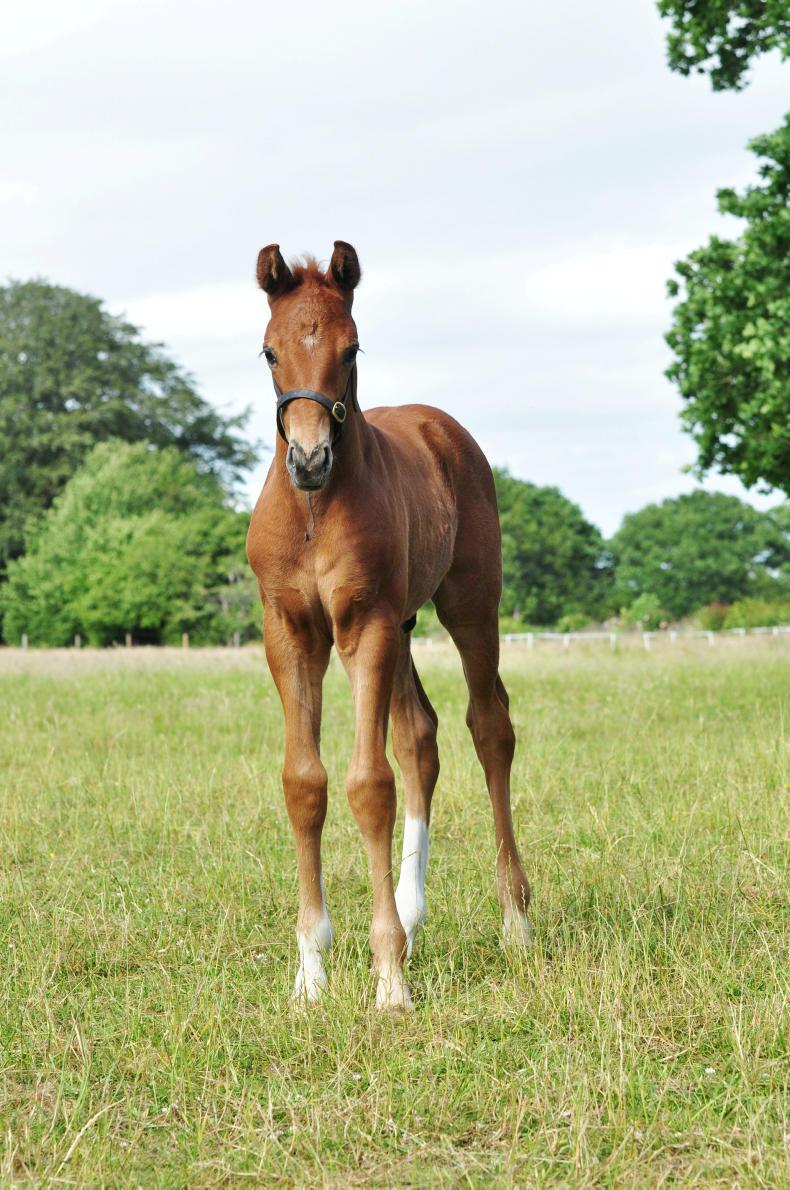