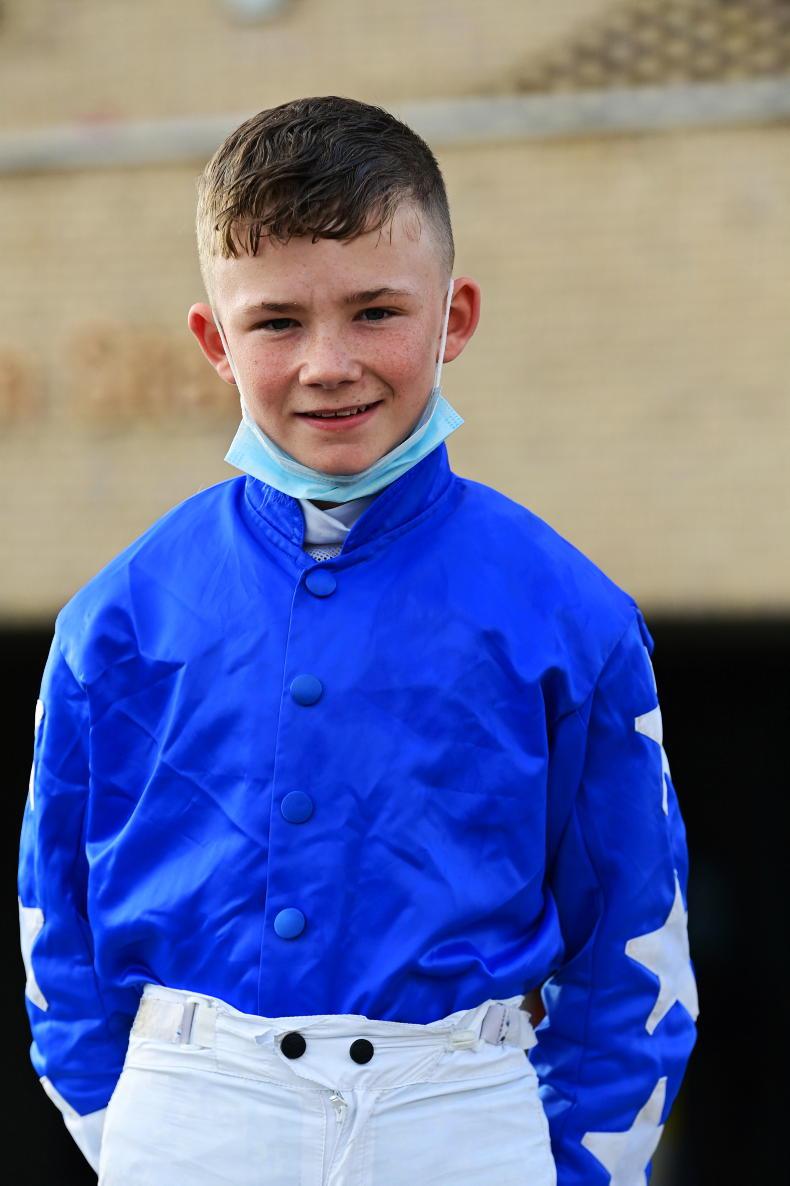 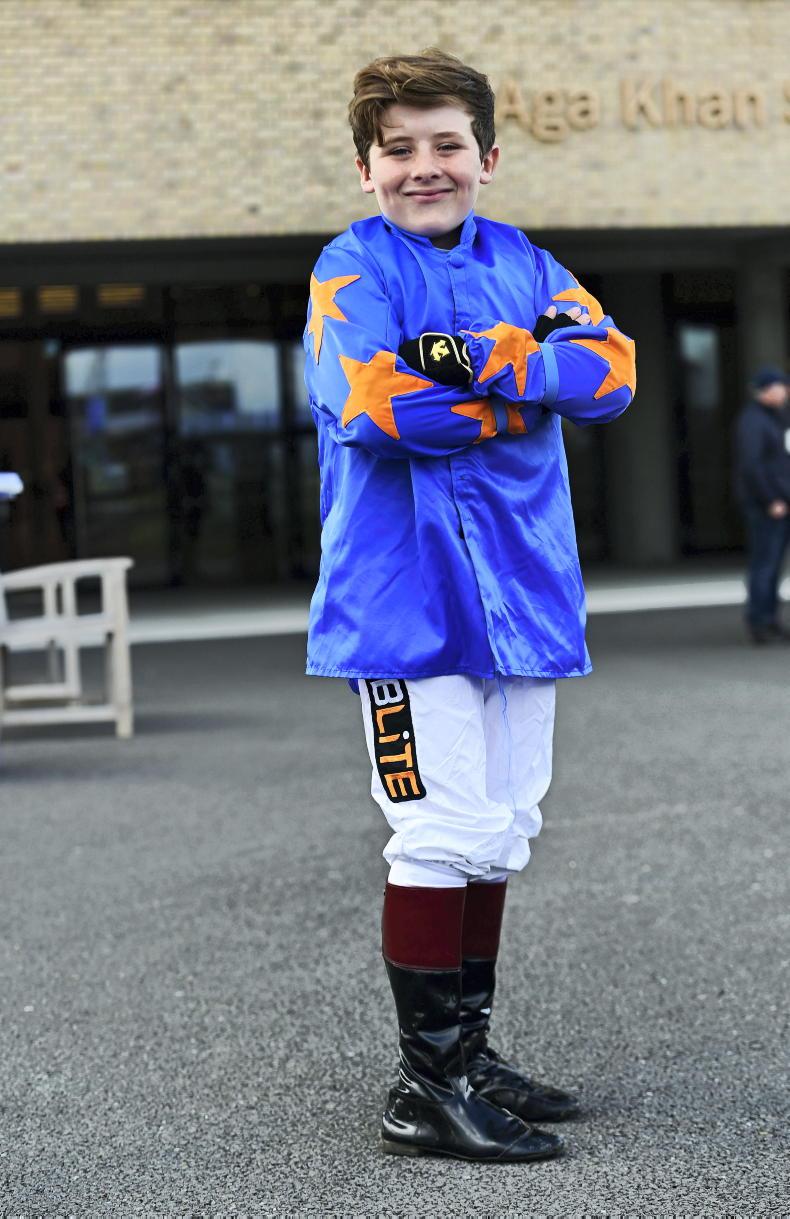 THE second staging of Champions Weekend in Moira was once again an outstanding success. The committee and the North West Board are to be warmly applauded for their foresight in putting this festival together. It is now firmly established as one of the highlights on the racing calendar.

Local jockey Kian McNally led the way on the opening day with three winners headed up by Five Stone Of Lead. Owned by his mother Sheena, this star mare pulverised the opposition to win the featured Basil Shiel’s 14.2hh Derby by a hard-held three lengths.

All roads will now lead to Dingle for the winner who was recording her fourth success of the season.

Kian followed up on Ian Worrell’s high-class miler Honest Bernie in the second divide of the mile. In a red-hot contest, the winner quickened impressively to see off another recent Scottish winner Way Up North by two lengths.

The McNally treble was completed in the second division of the mile-and-six-furlong contest when Team Browne’s Rhinestone Cowboy put up a stellar performance to see off Let It Go.

Thirteen-year-old Tipperary jockey Adam Browne Sousa enjoyed a red letter day as he opened the meeting in style with his first career winner.

Linda O’Donnell’s The Little Drama Queen proved far too strong for Mysterious Lady in the 13.2hh race. Adam is currently based with Andy Slattery for the summer holidays.

Another Tipperary jockey to get on the scoreboard was Ben Coen’s cousin Sam who partnered Ya Skitter to an empathic victory in the 12-furlong contest. The talented winner is owned by Kelly Holian from Letterkenny.

Reigning The Irish Field National Champion Dylan O’Connor made the long trip from North Cork and was well-rewarded with a double. Cali Cartel once again proved different gravy in the 15hh division and sluiced home for Eoghan O’Sullivan and family from Killorglin, Co. Kerry.

Shane Crabbe has a fine stable of horses this season and his Who’s Telling Who looked a smart recruit when landing the first division of the mile for Dylan’s double. Wexford jockey Adam Grant is enjoying a sparkling season and he was also in double form. South Of The Border made it four wins on the bounce when landing the 12.2hh contest from old rival Templehill Tamara with Where It Began in third.

Adam’s second winner was poetry in motion as he led from flag fall and judged the factions impeccably on Shane Gildea’s aptly-named Make A Plan.

Verstappen and Today Is Monday fairly flew home in this mile-and-six furlongs contest but both were denied by two necks in a driving finish.

Kildare jockey Keithen Kennedy has forged a strong association with Aidan Melia’s stable and they were on the mark with Here We Go Again in the two mile maiden. This horse looked well above average and went into many notebooks for next month’s Dawn Milk Dingle Derby.

CORK-based Dylan O’Connor enjoyed a day to savour at the second stage of Champions Weekend when adding another four winners to his double from the opening day.

Kian McNally was not to be denied however and he added another three successes with both jockeys ending on the six-winner mark for the weekend.

Dylan kicked off with Little Maine who ran out an impressive winner of the opening 14hh contest for the Buddy Harrison yard. The champion jockey quickly followed up when Way Up North was ultra-impressive when landing the first division of the 10-furlong contest.

Anne Kerrigan’s prolific winner further enhanced the form of his Saturday conqueror Honest Bernie. Mary Brady provided Dylan with his third winner of the day when Who Told You kept on gamely to see off favourite Call The FBI in the first division of the six-furlong sprint.

Cali Cartel rounded off the O’Connor four-timer when bolting up to land the 15hh over 12 furlongs. All Bets Are Off was runner-up for the second successive day.

Kian McNally kept his local supporters happy when Five Stone Of Lead proved herself a class apart yet again in winning the 10-furlong 14.2hh contest.

Verstappen made up for an unlucky defeat on the opening day to land the second division of the 10-furlong contest for the all-conquering Ian Worrell team.

The McNally/Worrell combination rounded off yet another memorable weekend when Honest Bernie routed the opposition in the open mile.

Paddy Hanlon was seen at his brilliant best when The Auld House landed the featured Basil Sheil’s Two-Mile Derby. In a very strong contest, Here We Go Again looked all over a winner under Keithen Kennedy before The Auld House sprouted wings inside the furlong pole to lead in the final strides.

Owned by Mick and Kathy Flannery, the winner now tops the market for the Dawn Milk Dingle Derby with runner-up Here We Go Again who lost little in defeat, put in as second favourite.

Maurice Ahern had been hitting the crossbar all weekend but gained a deserved winning turn when Business As Usual made a winning debut in the first division of the maiden for Waterford jockey Jack de Bromhead.

Leona McLaughlin gave Donegal Girl a superb drive to land the local race from Little Big Jump and Twitch It.