Just one final step...
You must confirm your email address by clicking on the link we’ve sent to your email address.
You are only one short step away from reading 5 free Field+ articles.
GORESBRIDGE DECEMBER SALES: Strong trade produces €15,700 top lot

ENDING this fractured year on a high note, the final two days at Goresbridge December Sales produced another strong set of returns and a further 12 five-figure prices. Defying the arctic conditions, hardy buyers contributed to an extremely buoyant four-year-old session, and remained influential on the final day. Although the demand for the three-year-olds was inconsistent, the age group produced a string of notable prices and illustrated an improvement in both the clearance and the average.

Once again, the online facility boosted the proceedings, accounting for a total of 43 lots over the three days. “There is no question that the online bidding has a great future, and will come to play a big part in the sales of sport horses,” reflected Goresbridge auctioneer Martin Donohoe. “Looking back over the sale as a whole, the figures illustrated a very positive increase from 12 months ago, and it’s great to see it. The four-year-old trade was brilliant, and even though the three-year-old average was not fantastic, it was a marked improvement from last year.”

Veteran Co Sligo breeder Ivan Gardiner has long been a supporter of Goresbridge, so it was rather fitting that at €15,700, he gained his first sale-topping honours with a home-bred four-year-old (Lot 228) by Mohill Cavalier Clover. Visibly delighted after sitting through the marathon and tense exchange of bids, Gardiner revealed that he had also bred the dam, an Irish Draught mare by Creevagh Grey Rebel. The mare has also produced the promising jumper Doonaveeragh Balou (Cathal McMunn) and is in foal to Shane Quinn’s stallion Moonshine Jay.

Although British event rider Lawrence Hunt tried his utmost to secure the gelding, and indeed was involved in an intense head-to-head tussle in the final stages, the winning bid eventually fell to online bidder Tracy Brown.

Speaking to The Irish Field from her home in Surrey, Brown explained that she had originally set out to buy a small horse for her daughter, but having seen the photographs of the chesnut decided to treat herself. “It was all a bit last minute, but I just loved him so I kept bidding and got a bit carried away!” she said. “It’s all very exciting, and I’m so looking forward to seeing him in the flesh. I have both evented and show jumped in the past, and although he looks as though he could do either job, I will probably produce him to jump.” Featuring among the highest clearance rates for the age group seen at the venue, Thursday’s sale of the four-year-olds was lively throughout. Sale-topper aside, the next best return at €14,000 went to Liam Kennedy’s lightly competed gelding (Lot 187) by OBOS Quality out of the jumping mare KEC Malta Safari (Maltstriker). Home-bred and well related, the dam is a half-sister to KEC Alligator Alley (1.60m), ridden by Cian O’Connor, and from the maternal family of the American-based event horse OBOS O’Reilly (CCI4*).

DJ O’Sullivan showcased this smart sort who caught the eye of successful bidder Emma Hyslop-Webb. A five-star event rider from Leicestershire, Hyslop-Webb explained that she buys mainly to produce and sell, but if they’re very special she keeps them for herself. Active throughout, she also signed for Shane Dalton’s attractive BP Splendigo (Lot 202) at €10,600. Well-bred by Vigo D’Arsouilles out of BP Splendor (Ars Vivendi), he was sourced locally earlier this year.

It was largely a day for the professional producers, as the Noel Ryan/Gemma Phelan team, who had topped the opening day’s proceedings, scored again with RVS Berlin (Lot 211). Looking impressive in Phelan’s capable hands, the son of Pollux de Muze Z was knocked down to Cheshire- based Caroline Basnett for €10,500. “I loved him over a fence,” she remarked afterwards. “He could go eventing, but will probably stay jumping.” Well related, he is a half-brother to the Clem McMahon-ridden international jumpers Hilton Dimaggio (1.40m) and Hilton Pop It (1.25m).

At €10,500, the final five-figure price of the age group, went to fellow producers Brian Flynn and Meabh Bolger. One from the supplementary catalogue, the duo’s gelding (Lot 451) was by Shannondale Sarco out of a mare by the thoroughbred sire Summer at Saratoga. Bolger rode this well-produced sort who, bred by the Shannondale Stud, was knocked down to Paul Donovan at €10,500. Largely mirroring last year, demand for the age group was very strong in parts, and weak in others. British team rider Oliver Townend was an active customer over the two sessions, and summed up the trade saying: “The nice ones are few and far between, but those good ones and the ones we have bought, are very, very nice.”

While Townend accounted for two of the stand outs, the age group sale-topper at €13,000 went to online customer Caroline Moore. This was for a smart filly by Tolan R (no dam listed in the catalogue) who, consigned by Peter Duffy, was one of the last through the ring on Friday evening. Produced by Henry Foley to look a picture, she impressed many both at ringside and online.

Co Clare’s Vincent Meaney always has some good sorts, and none more so that his three-year-old (Lot 281) by ARS Vivendi out of Cruise Clover Villa (Cruising). There was a flurry of bids for this eye-catching grey who, bred by Padraic Naughton in Co Galway, was sourced as a foal. After a competitive tussle, Scottish visitor Daniel Scott signed the docket at €11,600 and plans to campaign the young event horse classes next season.

Another stand out at €11,000 was Pat Geoghan’s home-bred gelding by Numero Cruise (dam by Clonakilty Hero) who well prepared by Joanne Noone, was knocked down to trader Steve Barnes.

Active throughout, Oliver Townend snapped up three of the age group, among which was Underdog Z (Lot 318), a continentally bred gelding by Untouchable out of Viola VD Tojope Hoeve Z by Vigo D’Arsouilles.

Having paid €11,000 for this performer, he then added JJ Bowe’s chesnut filly (Lot 465) by Pointilliste to his collection at €10,000. Bred by Michael Byrne and heading the figures for the thoroughbred sires, she is the third foal out of Guidam’s Royal by Guidam, who in turn is out of Ardragh Bash (Cavalier Royale). Very well related, the dam is a half-sister to the American-based five-star event horse Leamore Master Plan, as well as the home-based jumper Ardragh Touch.

Also realising €10,000 was Cathal O’Doherty’s gelding (Lot 238) by Dignified Van’t Zorgvliet out of an unnamed dam by Frankfort Boy. Sourced through the same sale ring as a foal, she was secured in a private sale by UK resident Carolyn Selley.

Twenty-one lots made in excess of €5,000, leading to an average of €4,814. While these figures were healthy enough, it did appear that some vendors were holding out for bigger things. Genuine bids which seemed, in many cases very respectable, were not deemed good enough. 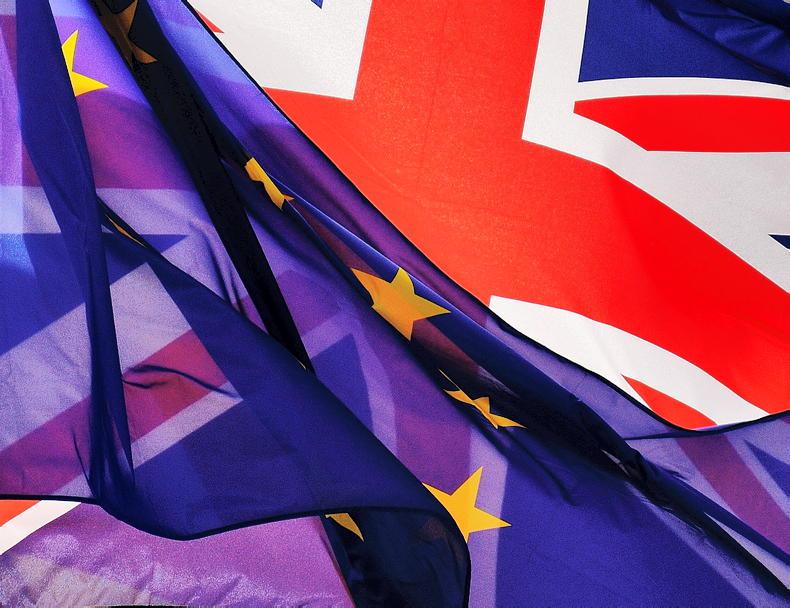 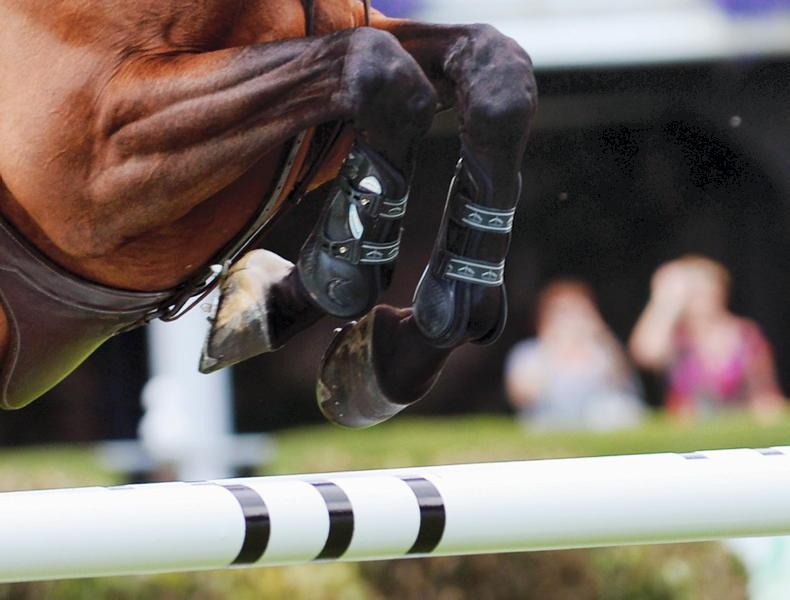 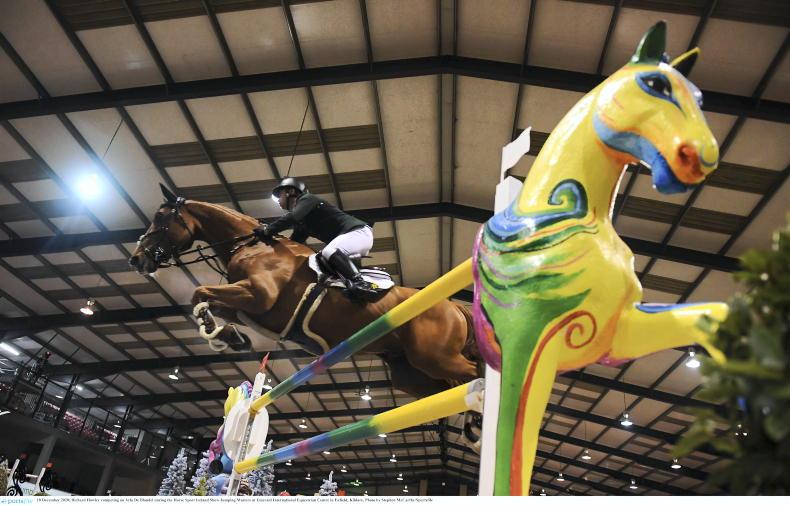