Just one final step...
You must confirm your email address by clicking on the link we’ve sent to your email address.
You are only one short step away from reading 5 free Field+ articles.
GOFFS LAND ROVER SALE: Son of Lauro tops subdued second day

GOFFS LAND ROVER SALE: Son of Lauro tops subdued second day
By on 13 August 2020
The sale turned over just short of €10m which represented a 36% decline on last year

A Goffs Land Rover Sale which took place against an unprecedented backdrop concluded this evening with a set of results that were unable to keep pace with those from last year.

Perspective is required though as the upheaval and uncertainty of the last few months made for anything but an ideal run up to this sale and 2020 is probably one where year on year comparisons won’t accurately portray how a sale might have performed.

During Wednesday’s opening session trade held up very well when one considers events in the wider world but today’s session was a more sobering affair and could only manage a 58% clearance rate. This would appear to offer a portent of what will face those in the middle and lower tiers of the market over the coming weeks and months.

However, the level of uncertainty created by wider events should be taken into account when reflecting on this year’s Land Rover and Goffs deserve their share of credit for putting in place an impressive array of protocols and safety measure to ensure that their flagship National Hunt auction was able to take place. A €43,000 son of Lauro emerged as the top lot at the concluding session of this year’s sale when falling to Michael Shefflin and Paul Holden. From Mick and Ciara Carty’s Kilmoney Cottage Stud, who sold Altior at this sale, the grandson of Monsun shares his sire with a couple of capable types in Dlauro and Dream Conti.

Earlier it looked as though a son of Spanish Moon might take centre stage when he was snapped up by Shark Hanlon for €42,000. This gelding is out of a six-time winning daughter of Homme de Loi.

“I loved everything about him. He’s a very good looking horse and he looks a nice sharp type too so hopefully he won’t take too long. Hopefully he’ll be lucky and every horse I’ve bought from the Bleahens has won,” commented Hanlon.

Spanish Moon was also responsible for a very attractive filly from Belleville Bloodstock for whom Margaret O’Toole went to €36,000. This three-year-old is out of a daughter of Caradak who won twice as a two-year-old.

“She is a very good looking filly and wouldn’t have been out of place in any store sale this year,” remarked the agent. “I’ve bought her for a client who will keep her in Ireland to race and hopefully she’s one to look forward to.”

As the sale neared its conclusion, Margaret O’Toole was again to the fore when spending €41,000 on a son of Creachadoir offered by Walshtown Stables and he too will be remaining in Ireland to go into training.

Prominent point-to-point handler Denis Murphy is already looking forward to next spring after going to €36,000 for a son of Westerner out of the five-times scorer Kylebeg Krystle.

“He might be a bit light on page but he’s just a very good looking horse and I’ve had a bit of luck with the sire before with a horse called Lough Derg Spirit who was quite useful. I’ve bought him for a client and we will aim towards the point-to-points next spring.”

A feature of this year’s sale was the activity from on line bidders and one purchaser to make plenty of use of that facility was Evan Williams whose spending was concluded by a €38,000 Muhtathir gelding. This French bred, who shares his sire with Envoi Allen, comes from a decent dual purpose family. The first sale in Ireland since the outbreak of the Covid-19 pandemic certainly took a circuitous route to its conclusion. Two new dates, discussions around location, overseas buyers coming, then not, further complications around a local “lockdown” and more.

We have never know anything like it and it’s fair to say the sale was approached with a certain amount of trepidation to say the least.

So to return a sale of vibrancy and depth has been little short of amazing. Of course the figures are not on a par with last year’s record breaker, but the Part 1 statistics are very close to those returned in 2017 which was celebrated at the time as breaking new ground, and the trade was more than satisfactory when one considers the backdrop with a clearance rate of 84% that is very respectable at any time, together with a top price that matched last year’s €185,000 high. Today was harder going but there was still keen interest from start to finish.

We want to take this opportunity to say a very heartfelt thank you to several people and groups. First and foremost to our vendors who entrusted us with a superb bunch of potential NH stars and then held their nerve for the last two months.

We have always said we are nothing without the horses and that has never been truer but the positivity with which they approached a frightening two days was truly admirable.

Horse Racing Ireland and Irish Thoroughbred Marketing have been a rock in the last few weeks, working with us, and giving advice, reassurance and help. We ultimately failed in our collective efforts to get clearance for a targeted number of overseas buyers to attend but the shifting sands of Covid-19 conspired against us when we thought we had the submission over the line; it certainly wasn’t for lack of effort and we are extremely grateful to Brian Kavanagh and all his colleagues.

We are also so thankful to each buyer. Those that were able to come worked with us by respecting the protocols in place, even though they were tiresome at times and there was a good humoured acceptance of face-masks, going the long way round, not standing too close and the rest. I confess we were devastated to have to withdraw the invitations to several major UK buyers on Thursday night as the worsening situation dictated that they could not attend without the requisite two weeks self-isolation despite a submission that was deemed to have merit. Again we were humbled by their understanding and subsequent proactivity to make it work by using local eyes, videos, phone bids and the new Goffs Online platform to ensure they fully participated, and made their “presence” felt as they chased the class and quality provided by our vendors.

Thanks is also due to Tattersalls for loaning us another of their star auctioneers. Like Ollie Fowlston at Doncaster last month, Simon Kerins slotted seamlessly into our team and conducted each sale with the skill and passion for which he is renowned. Of course, Simon started his auctioneering career with Goffs and we were delighted to welcome back the man who wielded the gavel for Europe’s most expensive horse ever.

We wish Simon and his colleagues the very best of luck with the Derby Sale next week as there has never been a time when our interests have been more aligned than now.

This is not a time, or year, for broad statements about market share or comparisons with others. Indeed, our overwhelming feeling is of thanks to all the aforementioned, and others, who pulled together to get it done.

Land Rover will be remembered for many things but perhaps the most enduring will be of a collective resilience to keep calm and carry on whatever happens. 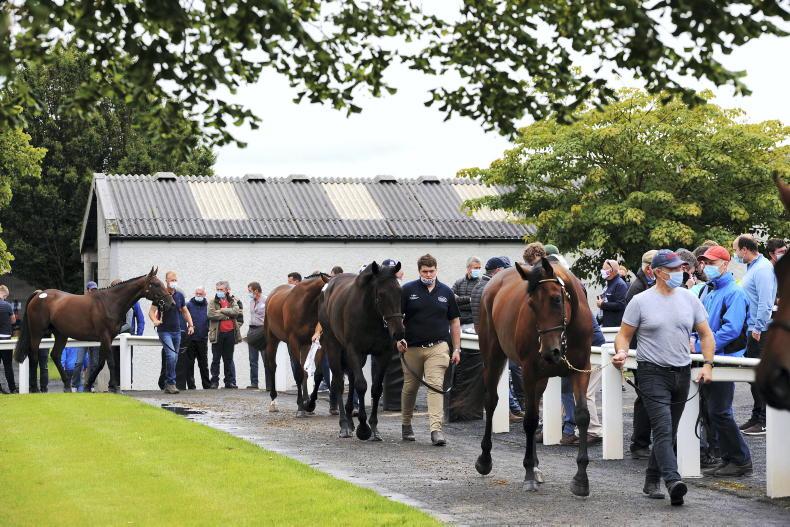 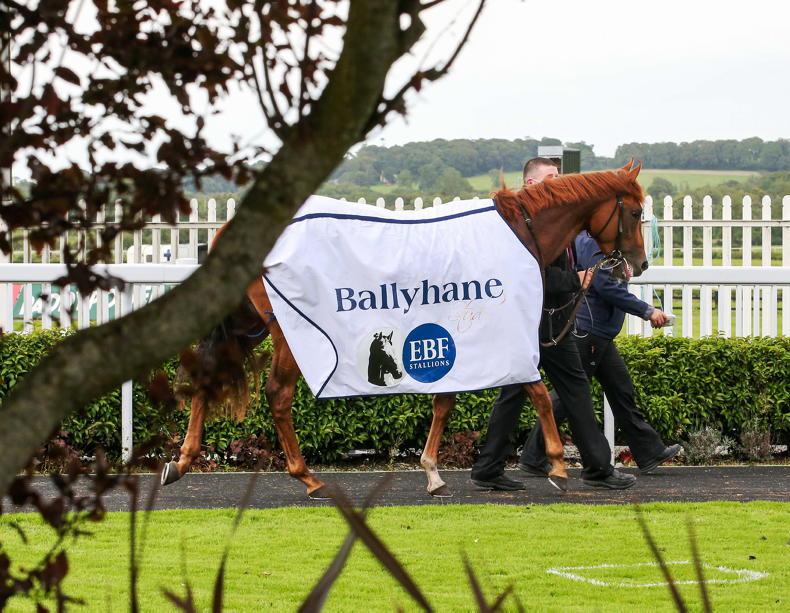 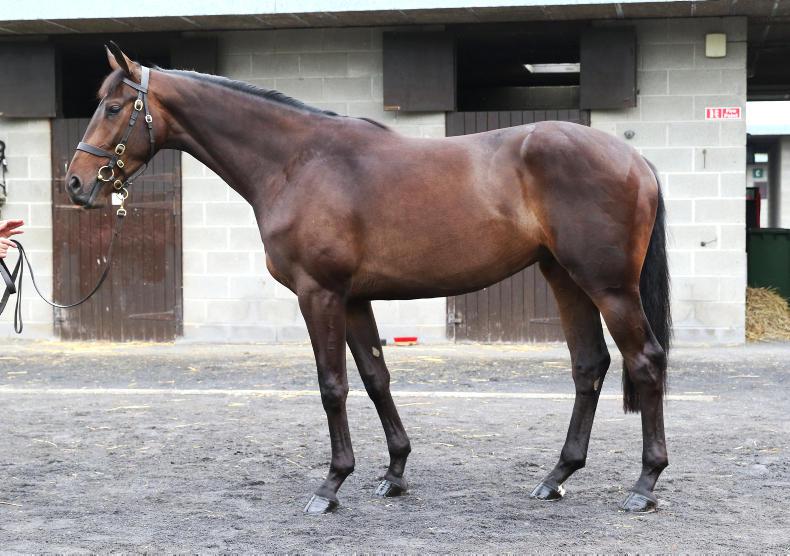 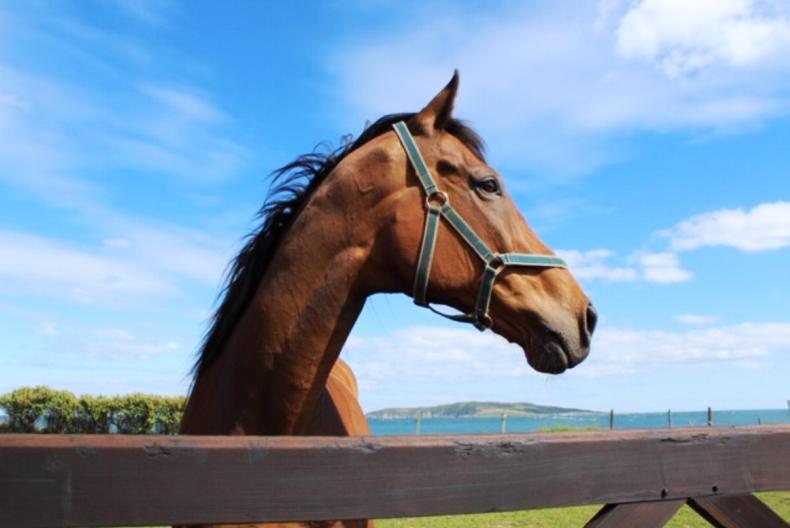 Inside Racing
MARGIE McLOONE: MacNabb picks up a Roy relation!
By Margie McLoone on 20 August 2020
Field + 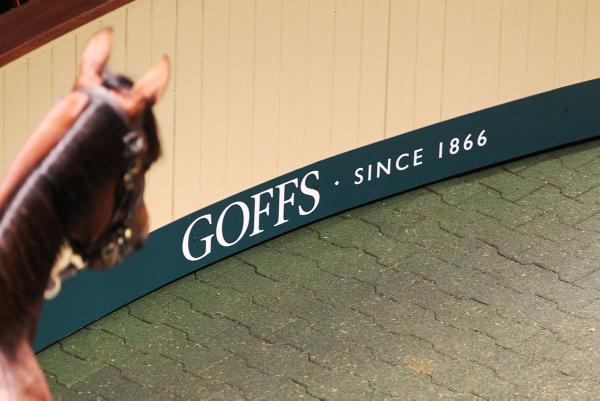 Latest News
Dozen Galileos in Orby Sale catalogue
By Mark Costello on 08 August 2014
More in Bloodstock Sales
Bloodstock Field +
GOFFS LONDON SALE: Zinc strikes gold at London Sale
Bloodstock Field +
SALES: Signs all good ahead of Derby Sale
Bloodstock FREE
Henry Beeby: 'Let there be no doubt, we are open for business'
Classifieds
Place ad
Get full unlimited access to our content and archive.
Subscribe to The Irish Field
Unlimited access to The Irish Field via your computer, mobile device, tablet or newspaper delivered to your door.
Subscribe now +
Already a subscriber? Sign in