Just one final step...
You must confirm your email address by clicking on the link we’ve sent to your email address.
You are only one short step away from reading 5 free Field+ articles.
GALWAY TIPS: Your free guide to Wednesday's card at the Galway Festival

Willie Mullins is double-handed for this opening maiden hurdle with Castello Sforza and Minella Beau. The former, who finished fourth in the 2016 Champion Bumper at Cheltenham, sets a decent standard on the basis of his maiden hurdle form from last season and will take all the beating if able to replicate that.

There is a small doubt about his race fitness, as this is his first start in 138 days. But then again, he may not have to be 100% to win this as stablemate Minella Beau, a modest bumper winner, is making his debut over hurdles and Silver Concorde, is making his first start since finishing second in this race last season.

Last year’s winner Our Kylie returns for the raiding Brian Ellison and she could take this again. She won this as a four-year-old last season and although she is 8lbs higher in the weights now, she could well be a better horse now a year older and has won on the flat on her previous two runs. Our Kylie won an eventful renewal of this race last season

There are dangers everywhere you look. My Painter was only just beaten by Grainne’s Dream on the flat at Killarney on her previous run and she can do well back over hurdles. Holly Flight ran well over hurdles when last seen at the Fairyhouse Easter Festival and could be anything off her mark of 116 on just her fourth start. The other to note is Lily Yeats who took the scalp of the 131-rated Willie Mullins-trained Screaming Rose over fences on her previous run and comes back over hurdles now off an unchanged mark of 111.

William B, a Gordon Elliott-trained runner who has won his last two races, will be popular with the Galway punters. However this is a wide open race and there are dangers lurking everywhere.

Hareth looks to be progressing for Charles Byrnes. He has won twice since joining the trainer and was a faller on his previous run, when not looking done with, in a handicap hurdle won by Galway Hurdle hope Timiyan. The other to note is Immortal Bridge down at the bottom of the card for Joseph O’Brien and Barry Geraghty. He is a four-year-old with just four runs over hurdles and comes into this off a win. He has loads of scope now and can go well off a light weight.

With not much form on offer a tentative vote goes to Poker Party. Henry de Bromhead’s five-year-old hasn’t exactly been pulling up trees but he ran okay on his previous two runs, both maiden hurdles and can do better now on his third run back from a break. Previously he had run well in a 1m5f maiden at Navan and he may be better suited to the flat game.

Exchange Rate should have say. He showed good fight to win a bumper at Downpatrick and will again be ridden by Patrick Mullins over this shorter trip.

This perhaps isn’t a vintage renewal of the Plate but it is intriguing nonetheless. A total of 11 of the 22-strong field are trained by Willie Mullins and Henry de Bromhead. The latter mentioned has six declared but interestingly, one of his more fancied runners, On Fiddlers Green, is only a third reserve so is unlikely to get a run.

De Bromhead still has the favourite however, in the shape of Balko Des Flos, who wasn’t too far away from the top level of novice chasers last year and who set himself up for a tilt at this after finishing third in a good handicap chase won by Woodland Opera at the Punchestown Festival. Of the Mullins quintet, Ruby Walsh has opted to ride Shaneshill, who was another classy novice chaser but hasn’t been seen over fences since finishing second to Blaklion in the 2016 RSA Chase. It’s a wide open race however and with nothing jumping off the page from the top of the market, it might be worth looking down the list where another of De Bromhead’s runners Deans Road might well have escaped the attention of bookmakers. He is a lightly-raced chaser and he comes into this off a good win at Listowel. Prior to that he performed very well in the Close Brothers Novices’ Handicap Chase at Cheltenham when he stumbled badly but still managed to get himself back into contention to finish a respectable eighth. He has scope to improve now, on just his eighth start and coming up in trip. He can run big for last year’s winning jockey Donagh Meyler and the De Bromhead who won this in 2015 with Shanahan’s Turn.

You could give a chance to all eight runners in this tight handicap and nothing really jumps off the page as a strong favourite. Ger Lyons’s Lightening Fast, a son of Frankel out of Lightening Pearl whom Lyons trained to win a Group 1, would be a candidate coming into this off a win, his second from three runs this season. He has to give weight away to all seven of his rivals however and there might be a more progressive type lurking. Lightening Fast winning at Leopardstown on his previous run

Massif Central has caught the eye on his previous two runs but a chance is taken on Dermot Weld’s So You Thought, who has only had three runs and can be forgiven his latest effort when he met interference. He has a plum draw in stall one and wears a first-time visor so could well be up to this, with Pat Smullen in the saddle.

SELECTION: SO YOU THOUGHT NEXT BEST: LIGHTENING FAST

This looks like one of the weaker maidens of the week. Perfect Soldier holds a rating of 79 which should make him the one to beat but he was really disappointing at Fairyhouse last week and now has a little to prove.

My Amazing One ran well on his debut at Ballinrobe and should he improve for that, he will be in the mix however the vote goes to Sansibar Jewel, who surely has the talent to win a maiden of this stature. Dermot Weld’s filly is a half sister to the Group 2-winning Princess Highway, and has ran okay on her only two starts thus far. Of course her stable has been under a cloud and that is the worry but she still may have too much for these.

SELECTION: SANSIBAR JEWEL NEXT BEST: MY AMAZING ONE

St Stephen’s Green should start favourite for this and will be tough to beat. He won well over hurdles at Killarney at the beginning of last month but unfortunately the 10lbs rise he received was not enough to get him into the Galway Hurdle. He is 131 over hurdles but competes off 77 on the flat so has plenty of room to manoeuvre off that mark in this less glamorous race. Water Sprite won here last season but is higher in the weights now and Willie Mullins’ Wood Breizh is more interesting. He has been running well on the flat lately and actually finished fourth to Modem in the 2015 Connacht Hotel Handicap off a 9lb higher mark. 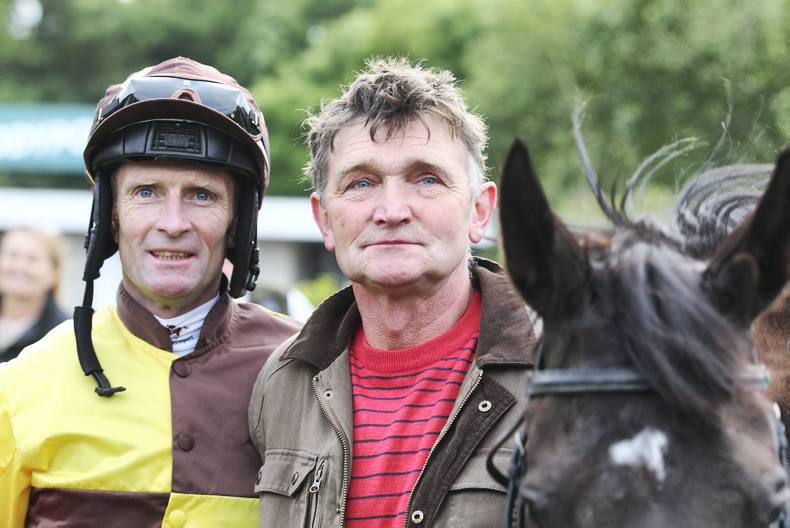 Inside Racing
THE BIG INTERVIEW: Mick Winters
By Donn McClean on 23 July 2015
Field + 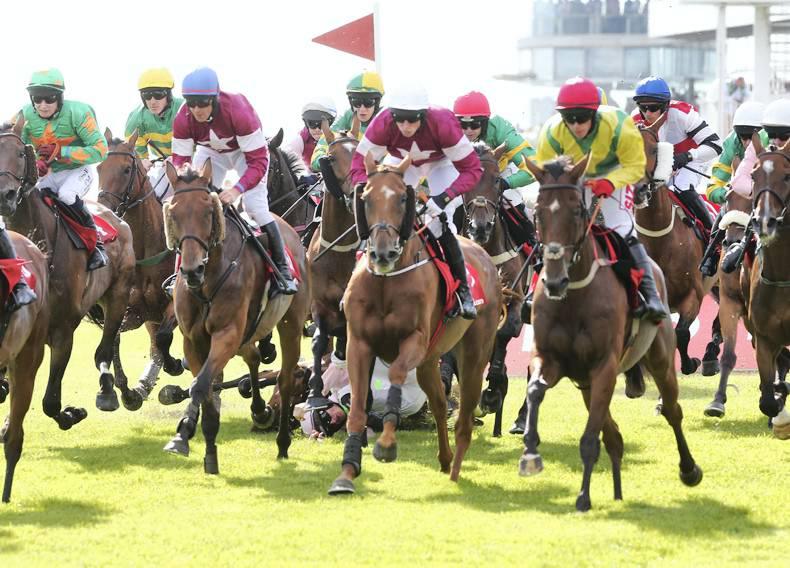 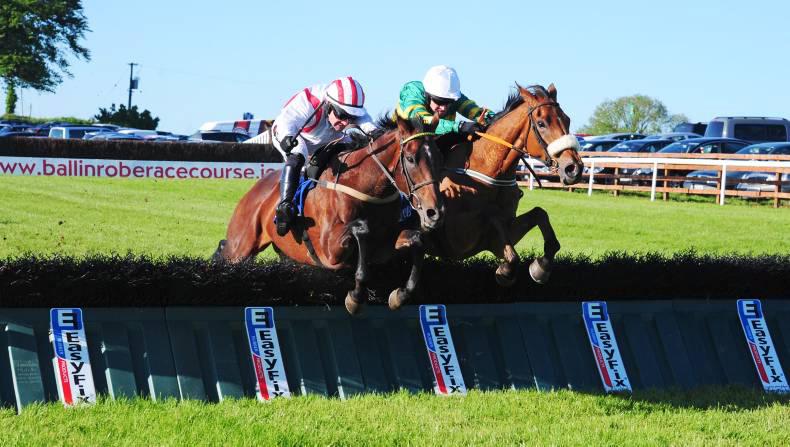 Inside Racing
DONN MCCLEAN: Shanpallas has one eye on the Plate
By Donn McClean on 02 June 2016
More in Inside Racing
Racing Field +
FEATURE: Kennedy clan keen to kick on again
Racing Field +
SIMON ROWLANDS: Rowlands' three to follow
Racing Field +
THE OWNER: William Fitzgerald
Classifieds
Place ad
Get full unlimited access to our content and archive.
Subscribe to The Irish Field
Unlimited access to The Irish Field via your computer, mobile device, tablet or newspaper delivered to your door.
Subscribe now +
Already a subscriber? Sign in