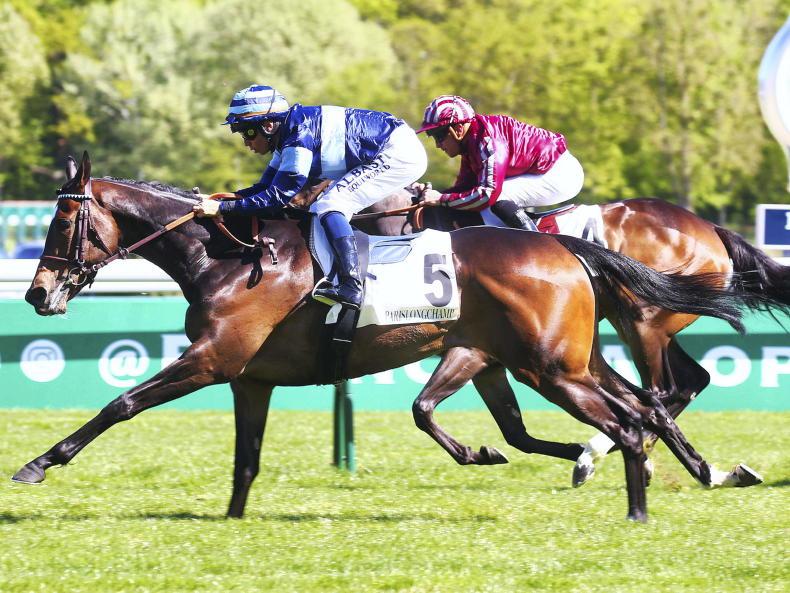 But it was Rosacea, another member of the same sex beginning with ‘R’, who hogged the headlines afterwards on the back of her striking success in the Group 3 Prix de la Grotte with Raclette almost five lengths adrift in eighth.

Although neither of these two course-and-distance trials for May 15th’s Poule d’Essai des Poulains and Poule d’Essai des Pouliches looked especially strong, the Grotte appeared the pick of the pair with ‘the R team’ being joined by the Prix Marcel Boussac runner-up, Times Square, and unbeaten Group 3 winner Mangoustine.

Despite Fabre’s protestations beforehand that Raclette had only just begun to please him and would need the run over a distance that was likely to be her bare minimum, punters still sent her off at a shade of odds-on in a field of nine.

Favourite backers knew their fate early in the home straight as Raclette began to flounder and thereafter simply plugged on steadily under a tender ride.

By contrast, Rosacea, a daughter of Soldier Hollow who had ended her juvenile campaign with a pattern victory on heavy ground, travelled supremely well in last place on this much faster surface and was brought with one smooth run down the outside by Mickael Barzalona to hit the front close home and score readily by half a length.

Her trainer, Stephane Wattel, who has been plying his trade in Deauville for three decades without winning a single Group 1, can be forgiven for feeling that this drought may soon be broken.

“We’ve now got a month to get her ready for a classic and every one of my staff is going to relish the build up,” he said.

“This ground won’t have been in Rosacea’s favour and, partly because she has developed the habit at home of pulling herself up as soon as she passes her lead horse, I was worried that she might no longer have the appetite for competition.

“Yet she’s been one of the few horses to come from behind this afternoon and has quickened up brilliantly.”

All is well with Welwal

RACLETTE’s downcast supporters may have gained a small amount of reassurance 35 minutes later when Welwal, who had been brushed aside by the filly last September, came out on top in a Prix de Fontainebleau run in a marginally quicker time than the Grotte.

A son of Shalaa trained by Jean-Claude Rouget and sporting the silver Al Shaqab silks, Welwal had a neck to spare at the line over Raclette’s stablemate, Mathletic, who ran a highly promising race, rallying courageously late having pulled his way into the lead early and then having looked well beaten with a furlong and a half to run.

Although Welwal was not subjected to a hard race and is clearly progressing nicely, it would be hard to say categorically that he would confirm these placings with the runner-up in the Poule d’Essai des Poulains and it would not even be a huge surprise if another Rouget trainee, Vadeni, who finished strongly into fifth here under tender handling, was able to turn the tables on them both.

So no doubt that Rosacea was the one to post the most convincing classic audition from Sunday’s two one-mile trials and the pecking order in the three-year-old middle distance division became no clearer following the day’s third Group 3 event, the 10 and a half furlong Prix Noailles.

Sure, Junko, another from the Fabre yard, justified favouritism while stretching his unbeaten record to three races.

But he was far from impressive in an event where he came under pressure a long way from home and the first four finishers were covered by little more than a length.

Most importantly of all, Junko has already been gelded so is not eligible for the classics.