Just one final step...
You must confirm your email address by clicking on the link we’ve sent to your email address.
You are only one short step away from reading 5 free Field+ articles.
Flying Visit makes it an afternoon to remember for Jim Bolger

Flying Visit’s hard-fought Eyrefield Stakes success at Leopardstown completed a quick across-the-card double in big races on either side of the Irish Sea for Jim Bolger.

Under an hour after Bolger’s Mac Swiney had relished the attritional conditions Doncaster to win the Group 1 Vertem Futurity Trophy Stakes, Flying Visit took his cue at Leopardstown.

For good measure, the veteran trainer – who was winning the Eyrefield for the fifth time in seven years – also bred a Group 1 hero in France on the same afternoon when Mark Johnston’s Gear Up caused a minor shock in the Criterium de Saint-Cloud.

It fell to Flying Visit to secure Bolger’s unusual juvenile hat-trick across Europe, and the son of Pride Of Dubai had to be tough to do so.

He and Luke McAteer arrived from off the pace to lead in the final furlong but then faced a determined challenge from Wuqood, and dug in very well to prevail by a head at 100/30 – with 6/4 favourite Carlisle Bay a further three-quarters of a length back in third.

Flying Visit had previously won just one of his nine career starts, and finished second in his last three races – including at Gowran only three days ago.

After he had struck at the first attempt in group race class, McAteer explained that the colt’s regular jockey Kevin Manning had given him some handy riding instructions.

“He was a bit more straightforward today,” said McAteer.

“Kevin told me, if I could, to win without the stick – because he felt he was resenting it a bit.

“He stuck at it well, in fairness.”

He added: “I’m just delighted – it’s a great day for the whole team with the Group 1 winner in England as well.”

“I’m very grateful for the chances I’ve had. That’s 25 winners for the season, and it’s been a great year.”

Dermot Weld’s Amma Grace was a 7/2 winner of the Listed Trigo Stakes under Oisin Orr, by a neck from Numerian.

Weld, who was enjoying his sixth success in the race since 2010, said: “She did it well and she got a good tactical ride from Oisin.

“I walked the last two furlongs of the track when I came racing – and while the stands side is obviously a shade quicker I didn’t think there was that much advantage in coming all the way across, especially when you are going to ride her very positively.

“The shortest way home is still up the inside, and that’s what he did. He gave her a good ride, and the filly deserved it.

“She ran an excellent second in the Group 2 Blandford (second at the Curragh last time). I just wanted to win a stakes race with her this year.

“She’s a stakes-winning filly now, and a beautifully-bred filly for Moyglare (Stud).

“I’ll speak with Eva Maria Haefner, but I’d say the plan will be to keep her in training next year.” 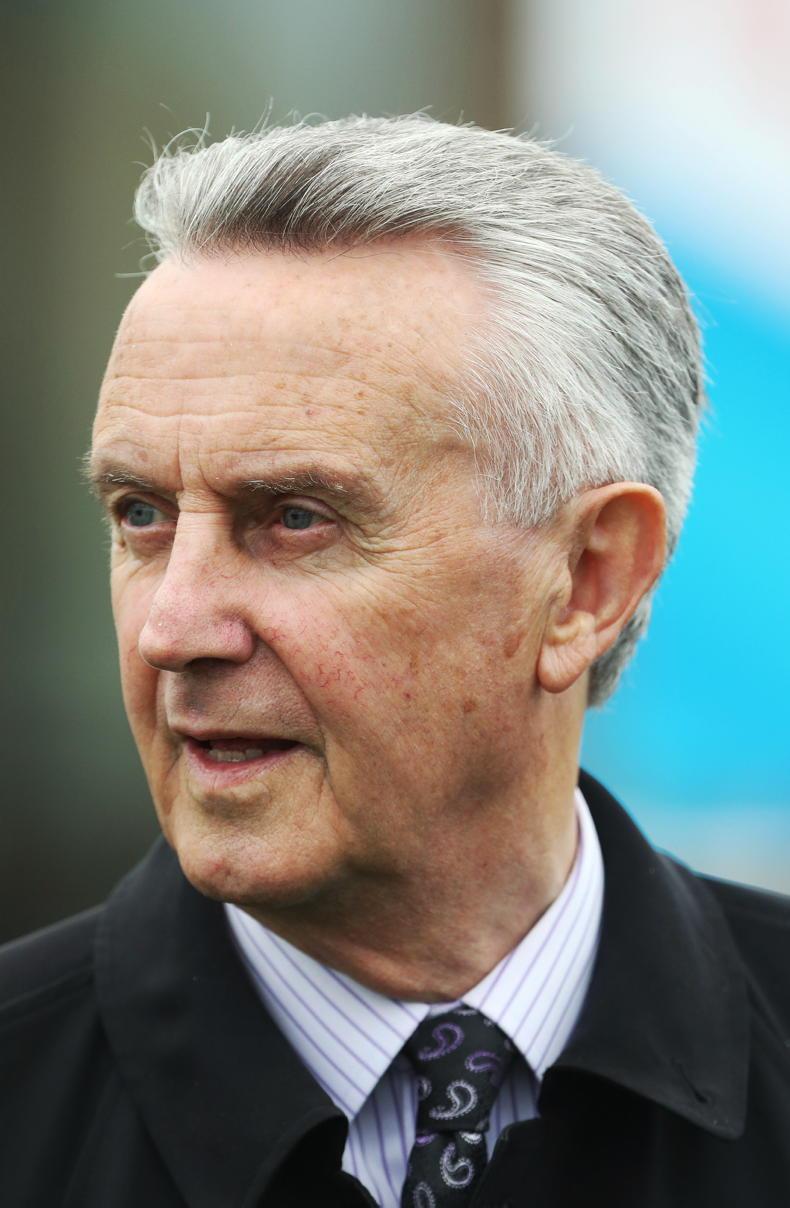 Pedigree analysis
BREEDING INSIGHTS: Big race success is no Flying Visit for Bolger
By Leo Powell on 28 October 2020
More in Latest News
News FREE
SALES: Aunty Bridy heads opening day of December Mare Sale
News FREE
Walk In The Mill on course to bid for Becher hat-trick
News FREE
Skelton all set for Tingle Creek on Politologue
Classifieds
Place ad
Get full unlimited access to our content and archive.
Subscribe to The Irish Field
Unlimited access to The Irish Field via your computer, mobile device, tablet or newspaper delivered to your door.
Subscribe now +
Already a subscriber? Sign in