Just one final step...
You must confirm your email address by clicking on the link we’ve sent to your email address.
You are only one short step away from reading 5 free Field+ articles.
Flag Of Honour advertises Leger credentials at the Curragh

Flag Of Honour advertises Leger credentials at the Curragh
By Irish Field Contributor on 25 August 2018
The Aidan O'Brien-trained son of Galileo made virtually all in the 14-furlong Group 3 trial. O'Brien also had news of stable star Order Of St George

FLAG Of Honour made virtually every yard of the running in the Group 3 Comer Group International Irish St Leger Trial at the Curragh.

Trainer Aidan O'Brien was bidding for a fifth successive victory in the 14-furlong contest, with Leading Light striking gold in 2014 and Order Of St George racking up a hat-trick in the last three renewals.

Flag Of Honour, the 9/4 favourite, was sent straight to the lead by Donnacha O'Brien and showed a willing attitude in the closing stages of the one-mile-six-furlong contest to see off Jim Bolger's Twilight Payment. Giuseppe Garibaldi and Southern France were third and fourth respectively.

O'Brien said: "He's a hardy horse and he'll also handle an ease in the ground. He'll be happy whenever he gets a lead, too. He's just a little bit lazy in front.

"They are all Leger horses that ran here and in York. We will divide up where they are going to go.

"This horse will handle an ease in the ground, so if it gets soft in either place (Curragh or Doncaster) he'll be happy to go there, even though he handles good ground as well.

"Seamus's (Heffernan) horse (Southern France) will come on a lot from the run. Michael (Hussey) was delighted with his horse (Giuseppe Garibaldi). He said he'd be way better with a better pace, he said he was very keen and said that for a horse that ran that keen he ran an unbelievable race."

O'Brien also had news of Order Of St George, who has not run since finishing fourth to Stradivarius in the Gold Cup in June.

He said: "He's grand. He has a lot of miles on him and we are minding him away. He had a tough middle part of the season and I'm just hoping that we get back to the (Irish) Leger with him.

"He's at the stage now that we won't be taking any chances with him. I'm hoping to get him back for the Leger. I just have to mind him and that's why we didn't come here this year.

"There are plenty of other fellas there if we're not really happy with him." 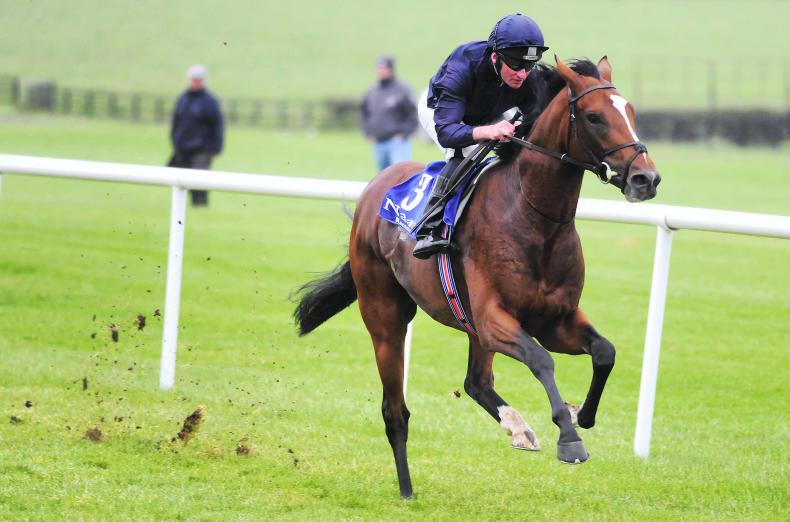