Just one final step...
You must confirm your email address by clicking on the link we’ve sent to your email address.
You are only one short step away from reading 5 free Field+ articles.
VIDEO: Minella Indo moves closer to Gold Cup

Minella Indo justifies the long odds-on and goes on the win the Grade 2 @BetVictorRacing Make Your Best Bet Chase with ease for @rachaelblackmor and @HenrydeBromhead ?? pic.twitter.com/HFJLH7TbTw

Reeled in late on by Nicky Henderson’s Champ in last season’s RSA Chase at Cheltenham, Henry de Bromhead’s charge made a foot-perfect start to the current campaign in a Grade 3 contest at Wexford last month.

Faced with just three rivals in the Grade 2 BetVictor Chase, Minella Indo was a prohibitively-priced 2/11 favourite in the hands of Rachael Blackmore, and his supporters will have had few concerns.

Brahma Bull made much of the running under David Mullins and was still travelling strongly as he rounded the home turn and moved to the stands rail.

Blackmore positioned her mount on the far side of the track and he picked up well between the final two fences to grab the lead before pulling seven and a half lengths clear on the run-in.

De Bromhead said: “I’m delighted with that. He did everything good, it was a lovely race for him and I’m glad we’ve got it behind us now.

“You couldn’t have asked him to do it any better. He jumped really well and did everything he had to do.

“I would imagine we’ll aim towards the Savills Chase at Christmas, I think that will be our next one.

“He’s had two nice races for second-season novices and now we have to go against the big lads and see how we fare there.”

Asked if he had the potential to be even better than stablemate Monalee, who was fourth in the Gold Cup last season in the same colours, De Bromhead said: “It would be great if he is because Monalee is rated 171, so if he is I’ll be very happy!

“He’s probably achieved a little bit more in each division because he won his Albert Bartlett and Monalee was second, I don’t know if it might have been a lesser race.

“He was only just chinned in an RSA and Monalee was well beaten – I don’t know, it’s unfair on Monalee, but we can’t fault what he’s doing at the moment.

“It’s nice to have a possible Gold Cup contender like him, but all along last year we thought Monalee had a great chance and thankfully he ran like he did.

“It’s great and the more of these types you can have the better. We’ll see how it all unfolds between now and then.

“Ideally you’d prefer not to, with the same owners.”

Earlier in the day Fakiera finished with a flourish to claim a last-gasp victory in the BetVictor Monksfield Novice Hurdle.

?? That’s a sixth win in the race for Elliott since 2011, Samcro being among recent winners pic.twitter.com/dnFHp4gcrl

Gordon Elliott had saddled three of the last four winners of the Grade 3 contest in Death Duty (2016), Samcro (2017) and Fury Road (2019), and this year fired a twin assault, with 4/1 shot Fakiera the apparent second string behind the previously unbeaten Farouk D’alene.

The latter, who was the even-money favourite, made much of the running under Jack Kennedy, but displayed a tendency to jump and hang to his right and ultimately weakened to finish fourth.

Fakiera had opened his hurdling account at the fourth attempt with a narrow success at Fairyhouse at the start of the month following three successive runner-up finishes.

He looked booked for a place at best between the final two flights, but powered home in the hands of Keith Donoghue to get up and beat Fire Attack by half a length.

Donoghue said: “He did it well. He travelled easy during the race and was probably doing a little bit too much.

“He relaxed coming out of the back straight and I wasn’t in a rush with him as I knew he’d come home well.

“Stamina is his thing and he did well to win over two miles last time. We always knew with a step up in trip that he would improve.” 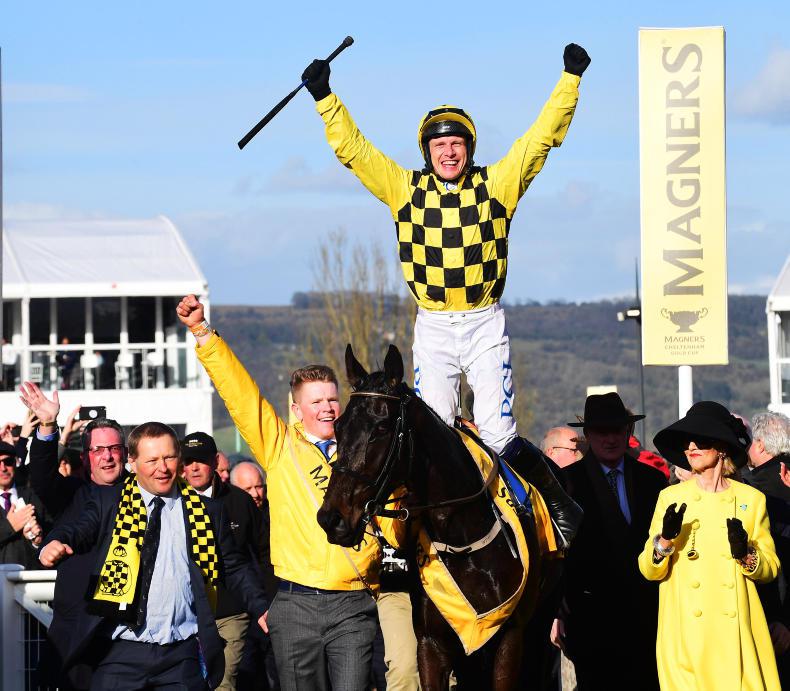 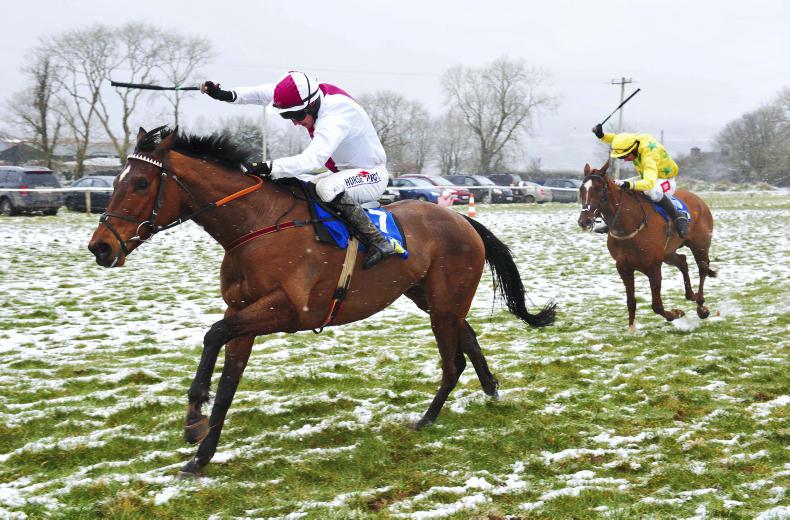