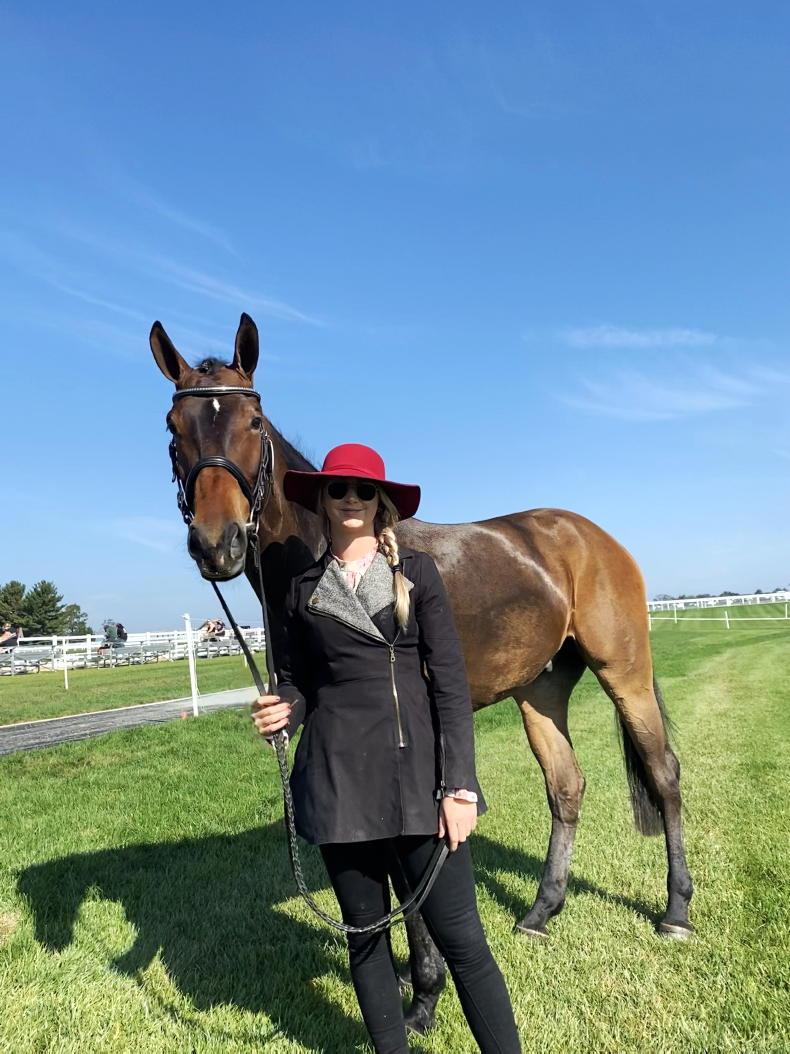 That's my boy: Kelley Hutchinson and HSH Best Kept Secret (by Adieu Z out of Ringwood Sunny Clover by Sunny Boy) pictured at Fair Hill International, USA after his 4yo champion title win 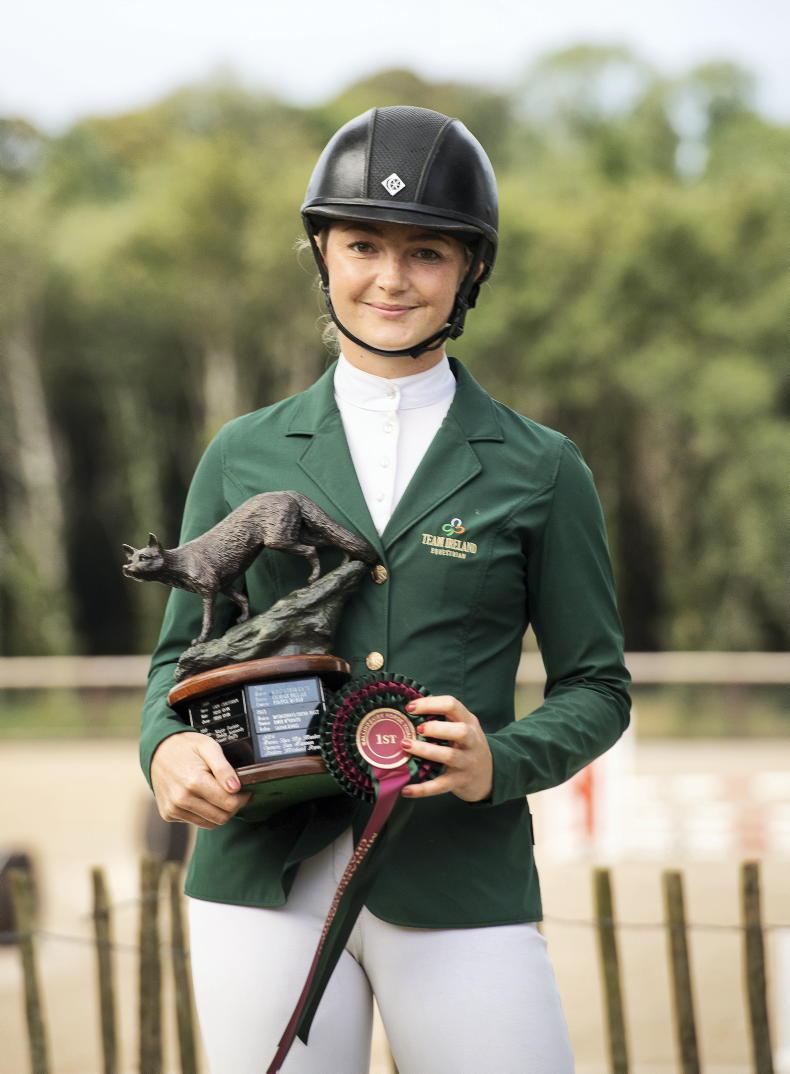 KELLEY Hutchinson flew back into Ireland on Tuesday following a rewarding few days in Maryland where she had less interest in the inaugural five-star event at Fair Hill than in the East Coast championships for four- and five-year-old young event horses which were held simultaneously.

When speaking to the Irish Horse World following her victory in the prestigious Michael Leonard EI105 championship for five- and six-year-olds at Ballindenisk International (2) last month on HSH Limited Edition, Hutchinson had mentioned this upcoming cross-Atlantic trip to support HSH graduates.