Just one final step...
You must confirm your email address by clicking on the link we’ve sent to your email address.
You are only one short step away from reading 5 free Field+ articles.
FEATURE: Did Cabaret Queen really win the Kerry National?

FEATURE: Did Cabaret Queen really win the Kerry National?
By Mark Costello on 25 September 2020
The 2020 Kerry National produced a very close finish and the result left many unofficial 'judges' scratching their heads

THE 2020 Kerry National at Listowel produced a very close finish and plenty were surprised when Cabaret Queen was called the winner.

As they flashed past the post, your eye was drawn to the fast-finishing Moyhenna and even a look at the official print made you wonder why a dead-heat wasn’t called.

After the race we spoke to some of the people closely involved in the photo-finish process and they were delighted to have the opportunity to talk about the technology which, they say, is more advanced than that used in other leading racing jurisdictions.

Jennifer Walsh was the judge on duty in Listowel and she explained how the big race played out from her perspective. As usual, she watched the race live and wrote down the order of finishers as they crossed the line. Then she and a colleague from the photo finish crew sat down at two laptops to review the footage from the photo-finish camera.

“The first thing I did was check the colours, so that I know I have the right two horses involved. Then I check the headgear. Cabaret Queen had a leather noseband and Moyhenna had a cross noseband.”

Listowel has a permanent mirror in place on the chase course finishing line, allowing the photo-finish camera to generate a reverse image. This was vital in allowing the judge to determine a sole winner of the Kerry National, but it still took time.

“Basically, I should have four heads in the image,” said Jennifer. “Now I have to establish which ones are Cabaret Queen and which ones belong to Moyhenna. In the mirror image, Cabaret Queen is hidden and it took a long time to identify each horse’s nose.”

The photo-finish image can be enlarged by 400%, it can be brightened or darkened, and the judge can super-impose thin lines on to the image, all to help ensure the correct result is called. Ultimately Jennifer was 100% certain that one horse was a pixel or two ahead of the other.

Graham Reid of Horse Racing Ireland’s photo-finish unit accepts that most people who look at the print published here will shake their heads and say ‘I can’t split them’. But the officials have full confidence in their equipment, which they say is top-class.

Graham has 20 years’ experience and is following in the footsteps of his father Ger, the retired photo-finish manager who worked in the area from age 16 to 65. Graham’s brother Gary is also part of the eight-man team (four permanent, four part-time) who set up the cameras at every meeting.

“The image we have in the box is a lot clearer than you see on television,” Graham says. “Horse Racing Ireland has spent a lot of money on a system called FinishLynx and it is superior to the one used in a lot of other countries. Our cameras can capture 6,000 frames per second and is the best on the market. Our focus is always on delivering a swift and accurate result. Sometimes it takes time because we have to be able to stand over it 100%.”

Bear that in mind as you look at the print above. You are not looking at one photograph. Everything you see was taken at the finishing line. Why does Cabaret Queen have what they call a ‘ski foot’? That’s because she put her hoof down right on the line and it was photographed hundreds of times in that instant before it moved off the ground again. The leg is the only thing that can stand still for a moment as it passes through the line.

Another concept which is difficult for racing fans to understand is that the lines you see drawn on the photograph were added in afterwards, just as an aid for the judge. The lines are irrelevant. Remember, what you see in the photograph was ALL taken at the line.

Graham says: “It’s just a hairline and we move it to the left and right to help the judge see any gap between the two horses. We can blow up the photo by 400% and the camera is that good that you will almost always see a winner. That’s why there are far fewer dead-heats nowadays.”

And what about those finishing lines at certain racecourses where we all ‘know’ one side is favoured when we witness a close finish? “There’s no such thing as the favoured side,” states Graham. “That’s just something commentators say to explain why the television cameras sometimes give a misleading view of the finish. Before racing every day, our crew sets up the photo-finish cameras to the finishing line and we shoot at 90 degrees to the permanent running rail to ensure that the cameras are perfectly positioned.”

Hard to argue with all of that. Looks like Derek Thompson is right when he shrieks “Ooh, that’s a close one – let’s leave it to the judge!” 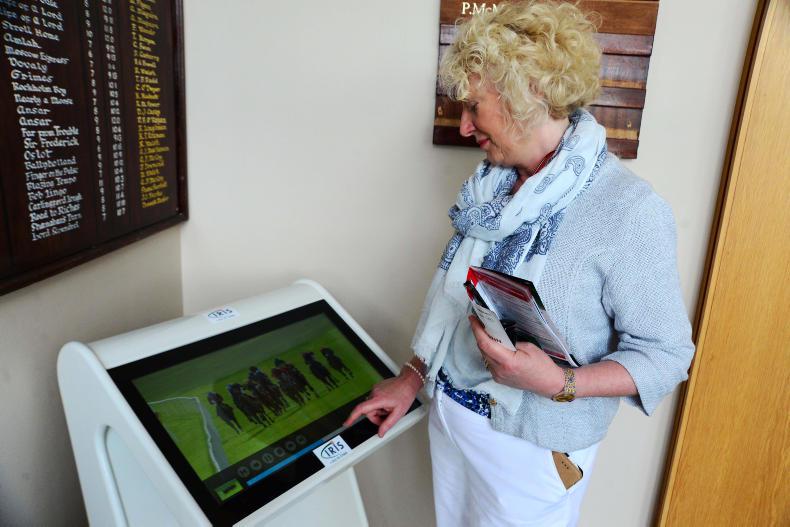 Latest News
Roll it there, Helen!
By Mark Costello on 04 August 2017
Free 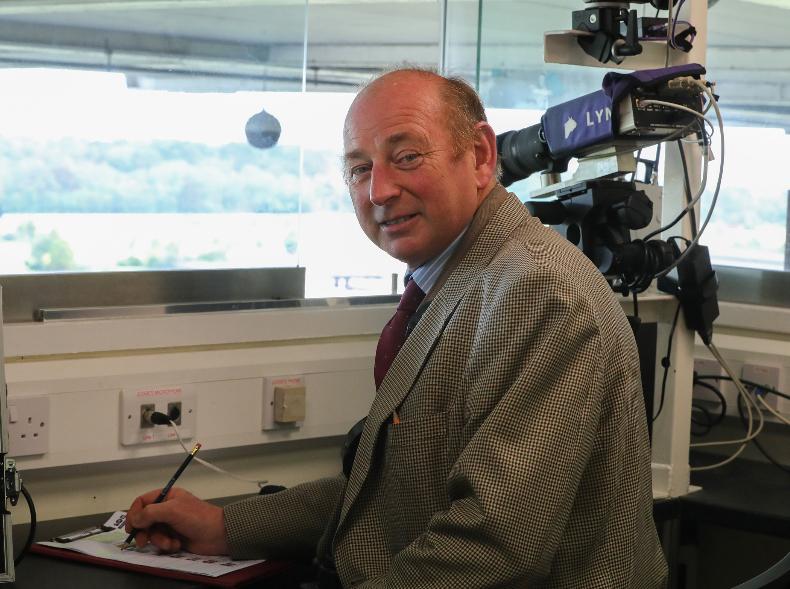 Latest News
FEATURE: 'It's a wonderful job but you have to be right all the time'
By Mark Costello on 24 September 2020
Field + 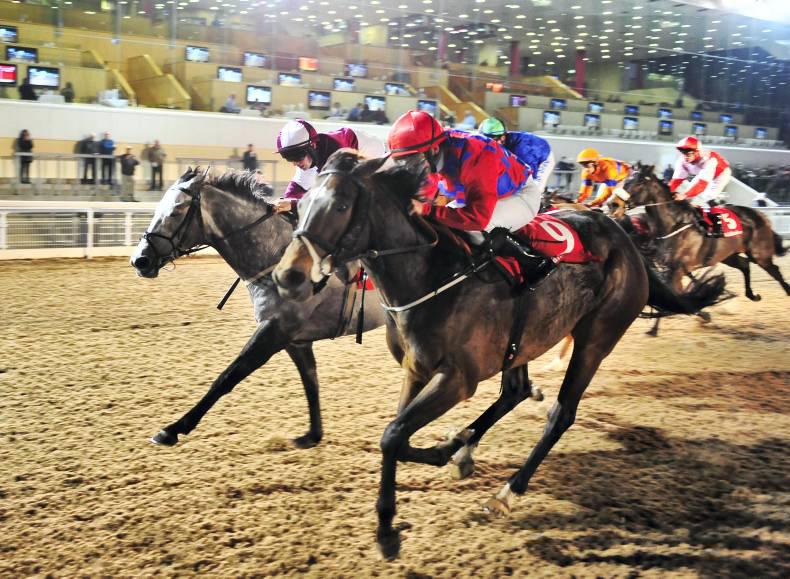 Inside Racing
RORY DELARGY: All I want for Christmas…
By Rory Delargy on 21 December 2015
More in Latest News
News FREE
NEWS: Wembley could score for O'Brien among seven Futurity entries
News FREE
NEWS: Heffernan takes over on Princess Zoe in Royal-Oak
News FREE
CHELTENHAM: Search for sponsors for Grade 1 novice chases at Cheltenham
Classifieds
Place ad
Get full unlimited access to our content and archive.
Subscribe to The Irish Field
Unlimited access to The Irish Field via your computer, mobile device, tablet or newspaper delivered to your door.
Subscribe now +
Already a subscriber? Sign in