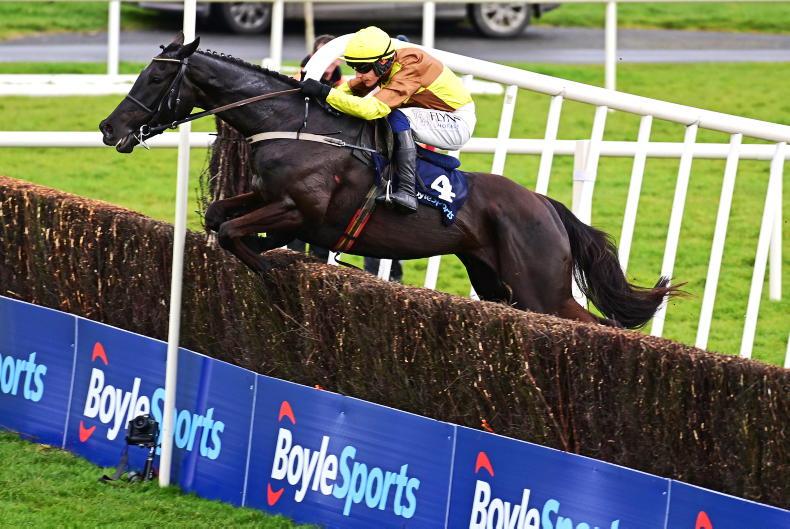 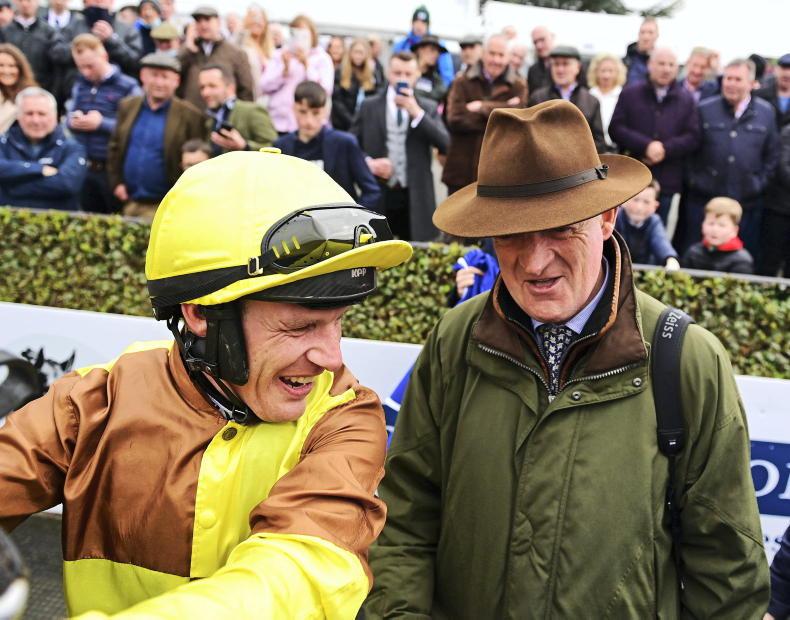 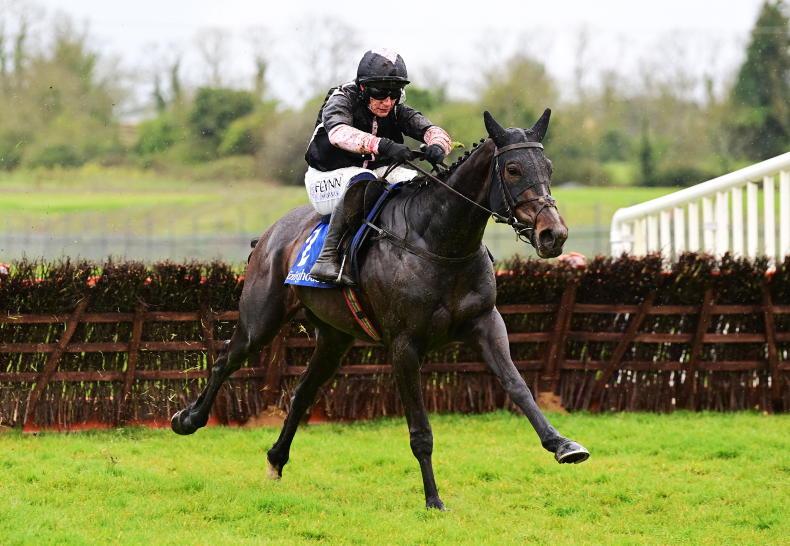 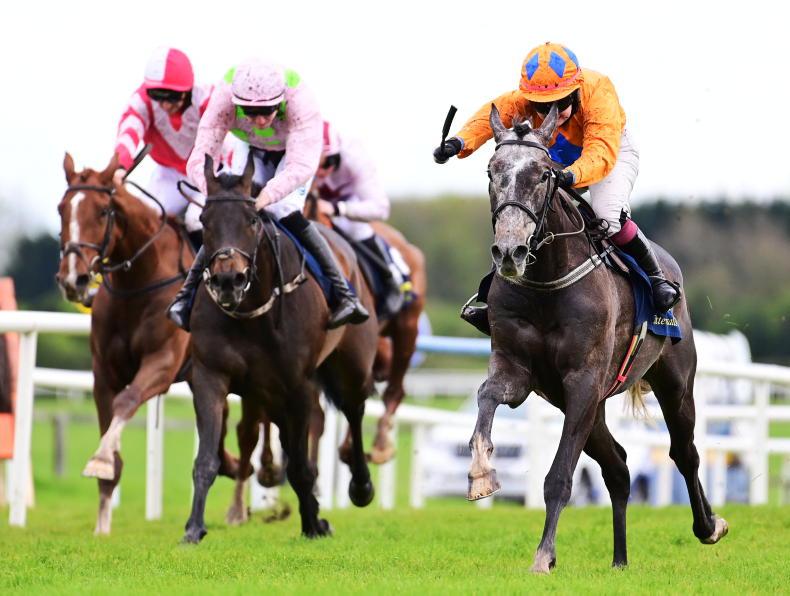 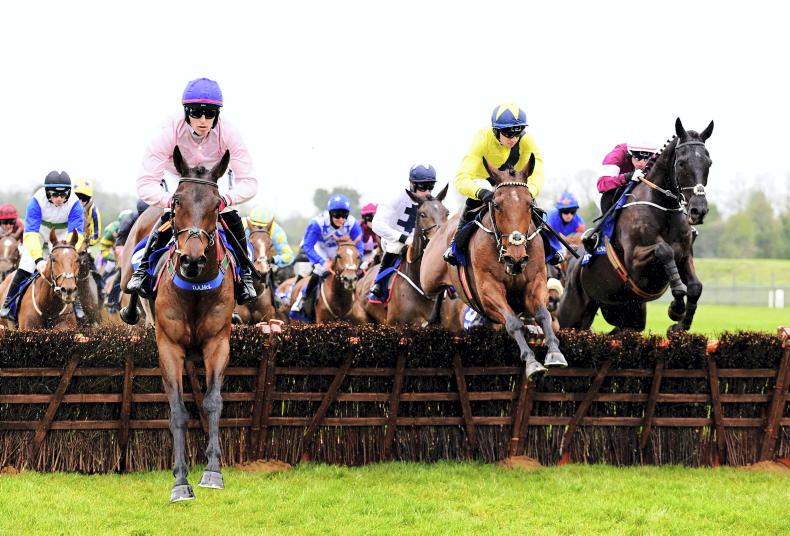 A MONTH on from that desperately unfortunate Cheltenham exit, Galopin Des Champs did what he has been doing all season as he turned on the style in front of his home crowd to once again serve notice of his standing as a novice of limitless potential.

From the moment he made his chasing debut at Leopardstown over Christmas the Audrey Turley-owned gelding has looked a stellar talent, and he remains possibly the most exciting jumper in training after this tour de force. This race did little more than confirm what most people already knew but the anticipation of his next appearance, which will have to wait until next winter, will surely shorten the summer for ardent fans of National Hunt racing.

Odds of 2/11 suggested that Willie Mullins’ latest star faced the most straightforward of tasks and Paul Townend kept things simple by going straight to the front on the six-year-old in a race where just three rivals deigned to take him on.

For most of the race Galopin Des Champs enjoyed a lead of no more than a couple of lengths and the stage was set for him to have a test turning in as both Riviere D’Etel and and Master McShee were poised to challenge.

Indeed the market leader held a lead of no more than a length over the third last but from the next it was all one way traffic as the six-year-old stormed clear of his rivals. There was to be no repeat of his last fence heartbreak from Cheltenham as he cleared the final obstacle safely en route to an 18-length triumph over Master McShee whom he had beaten by nine lengths when they met at Leopardstown two months previously.

Even at this stage he looks the most likely to test the brilliant A Plus Tard next term and one suspects a clash between these two leviathans will be one of the defining moments of next season.

“He had a hard race at Cheltenham,” said Mullins. “He went some gallop around there and coming here I was wondering how much that might have taken out of him. I’d have liked a little longer before running again but this is an important Grade 1 so we decided to take our chance and he’s won very well.

“Today Paul rode him a little differently down to the first fence and the pace looked steady, it looked as though the others just waited to make their challenge over the last few fences but Paul said he just changed gear between the last two fences.

“He’s obviously very, very good and he has the credentials for those top races. He could go shorter, he could go longer but I think, yes, he could be a Gold Cup horse. I reckon that is the route we will go down next season but I will have to talk to the owners about that.”

Meanwhile, the winning rider stated: “It was an armchair ride. He lobbed away and jumped for fun. He’s learnt from Cheltenham and I thought he was sharp getting his front legs out over the first few fences. It’s lovely for him to come back here and win like that today. I was really happy with the horse today, he was really professional all the way I thought.”

AFTER long looking a mare of real quality, Brandy Love shone on her first outing at the top level by recording an ultimately dominant success in the Mares Novice Hurdle Championship Final which looks to have marked her out as the best novice hurdling mare of the season.

After a late setback meant that the Willie Mullins inmate had to skip Cheltenham, the Mike Grech-owned mare was returning to action for the first time since being beaten in a Grade 3 here in January. On that occasion she produced a display that was characterised by a marked tendency to jump left but one which also confirmed that she has quite an engine.

The presence of the Cheltenham winner Love Envoi meant that this Grade 1 assignment was going to be the defining moment of the season for the 15 who lined up – eight of whom hailed from the Mullins yard. For much of the race it looked as one of those eight, Hors Piste, might have stolen a march on the field as she built up quite a lead.

For his part a masterful Paul Townend kept Brandy Love buried in amongst horses and he was able to conjure a somewhat more professional effort from his mount, and the 9/2 chance then crept ever closer with quiet menace inside the final mile. In the straight, several of the leading candidates moved into contention and Love Envoi was the first to make her play when leading coming away from two out.

However, Brandy Love had her every move covered and the six-year-old looked to be going ominously well for Townend at this stage. Brandy Love was in front before the last and then with the stand’s side rail to guide her home she kept on strongly to finish eight lengths ahead of Love Envoi with the minor placings going to the two other members of the Mullins contingent – Hors Piste and Dinoblue.

“I thought Paul did a great job there,” said Mullins who was making it three wins in the last five runnings of this race.

“The last day she gave away the race here. It was a great race, the Cheltenham winner was here and she beat her fair and square. This mare has a lot of ability and I think if we can get her back going left handed she will be even better but I’d imagine that will be it for this season.

“We’ll see what her owner wants to do, whether he wants to keep racing or breed from her. She is a good racemare but does drift left and that is not ideal. She had a minor problem that kept her out of Cheltenham. This race is more prestigious for breeding being a Grade 1 so I’m delighted for her owner.”

A €28,000 graduate of the Tattersalls Ireland August National Hunt Sale, this son of Triple Threat was conspicuous by the ease with which he was travelling on the outside of the field turning for home. He quickened well to brush aside stablemate Dr Eggman with over a furlong to run before getting to the line two and a quarter lengths ahead of stablemate Lecky Watson.

In filling the first three placings the trainer provided further evidence of the strength of talent at his disposal in the novice hurdling ranks next season while the manner in which the winner cruised through this race marks him out as a very smart type. An incident in the straight where horses ran short of room resulted in the winning rider picking up a four-day careless riding ban.

Another excellent day for Mullins featured a win for Mt Leinster in the €50,000 Grade B BoyleSports Novice Handicap Chase over an extended two miles. The talented eight-year-old, who is owned by the Roaringwater Syndicate, was perhaps a shade fortunate as the top weight Grange Walk had just come through to lead when exiting at the second last. This left the Danny Mullins-ridden 7/2 chance nicely clear of the field and he maintained this advantage to defeat Bold Emperor by five lengths.

“He was possibly a shade fortunate but it’s a lovely pot to win and he didn’t jump as well as he can so with a better round of jumping I think he can progress further,” stated Mullins. “Bar he goes out in trip there’s not much for him through the summer months but he is quite keen to get on with things.”

McLoughlin and Donoghue combine for a local double

DERMOT McLoughlin kicked off a fabulous weekend at Fairyhouse by combining with Keith Donoghue for an opening race double.

Both of the trainer’s winners carried the colours of their breeder Tilly Conway and the first to strike was Imperial Ruler in the Ryan’s Cleaning Waste & Recycling Maiden Hurdle over two and a half miles. After striking the front in the straight Donoghue’s mount lost the lead to Gorgeous Suspect after the last but the 6/4 favourite fought back splendidly to get back in front and carry the day by a length as he made it two wins from three career starts.

“Keith said he was looking around in front and that he might like the ground a little slower but it’s grand he got that done and I’d say we will keep him going for a while longer as he still has a bit to learn,” stated McLoughlin.

The double was brought up by Digby in the Cawley Furniture Novice Handicap Hurdle which was also run over the extended two and a half miles.

A winner at Sligo and Killarney in the autumn, the seven-year-old made a pleasing return in a smart novice hurdle at Navan last month and he turned in a really likeable effort to make all the running in this 24-runner affair. The well-backed 7/1 shot always seemed to be in control of this race over the last half mile and maintained an unfaltering gallop to reach the line two and a quarter lengths ahead of the staying on Auckland.

“When the first horse won I thought he would take a bit of beating. I fancied him. He toughed it out and is a real stayer,” remarked the trainer.

“Both horses who have won today are two nice horses and both will jump a fence. He had a tough enough race there but he could go to Punchestown if there is something suitable.”

The reliable Gevrey made it an across-the-card double for Gordon Elliott notched up his second success of the season in the Paddy Kehoe Suspended Ceilings Rated Novice Chase.

The six-year-old has held his form well throughout a season that began in Listowel and was securing his second course-and-distance success in this two-mile–five-furlong affair which was confined to horses rated 135 or less. A patient Davy Russell took his time off the pace before producing the Denis Gallagher Racing Syndicate to lead two out where the fall of Eleazar Des Neiges left him in a commanding lead and he went on to finish with eight lengths to spare. 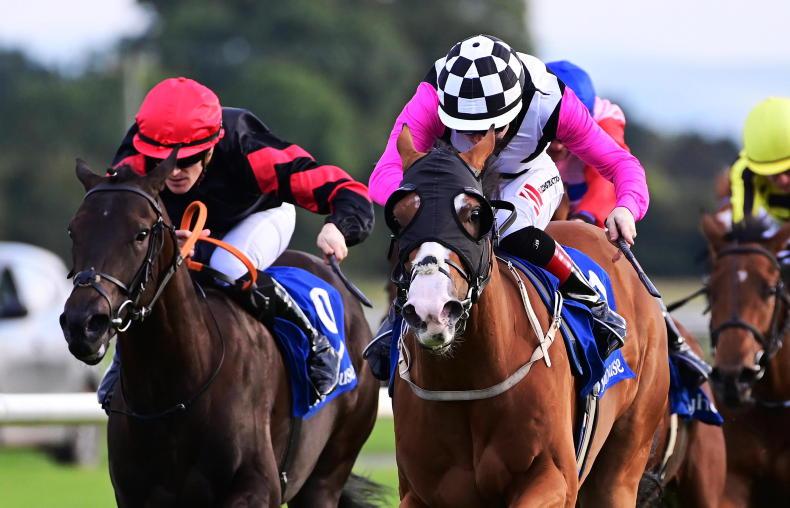 Gary Carson
FAIRYHOUSE MONDAY: Beauty blooms in the Blenheim
Ger Lyons made it back to back wins in the Blenheim Stakes at Fairyhouse wehn Beauty Crescent ran out a comfortable winner on Monday 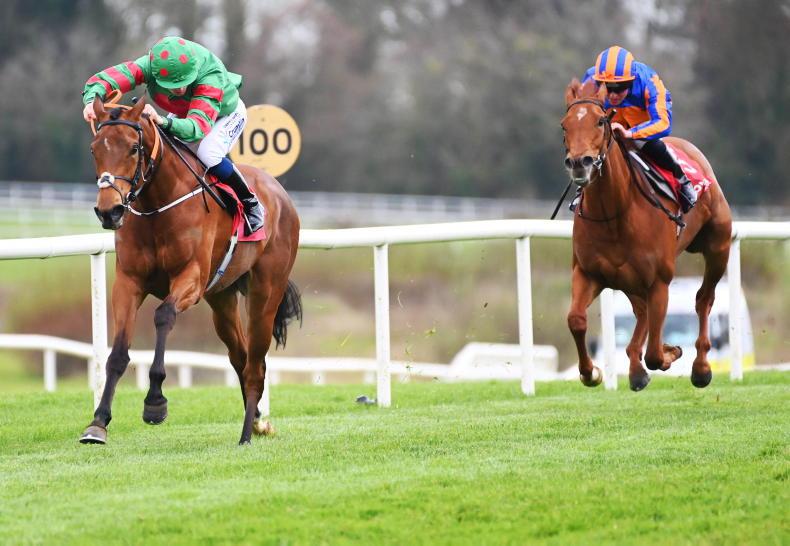 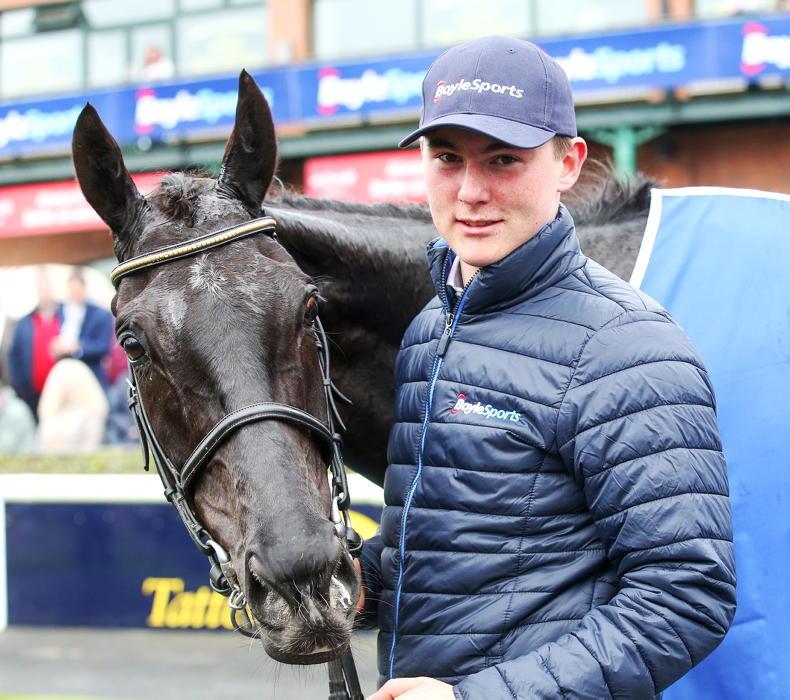