Just one final step...
You must confirm your email address by clicking on the link we’ve sent to your email address.
You are only one short step away from reading 5 free Field+ articles.
FAIRYHOUSE: Jump queen Blackmore warms up for Throne classic bid with winner

FAIRYHOUSE: Jump queen Blackmore warms up for Throne classic bid with winner
By Daragh Ó Conchúir on 25 June 2020
Rachael Blackmore is booked to ride King Of The Throne in the Dubai Duty Free Irish Derby at the Curragh on Saturday. There were doubles for Shane Foley and Gavin Ryan

RACHAEL Blackmore marked the day in which it was revealed she would ride in Saturday’s Group 1 Dubai Duty Free Irish Derby with a winner at Fairyhouse.

Blackmore landed the Grade 1 Hatton’s Grace Hurdle on the brilliant Honeysuckle at the Meath venue last December and was quickly off the mark on just the second day of the renewed National Hunt season with a double at Roscommon yesterday.

That arrived just a week after registering her biggest success on the level in the Listed Martin Molony Stakes on Oriental Eagle, trained like her classic mount King Of The Throne, by Emmet Mullins.

That triumph was apposite indeed given that the late legendary Limerick man regularly combined riding at the highest level in both codes, winning classics, Gold Cups and Grand Nationals alike.

Just 10 days ago, Blackmore got the leg up on Oromo by Karl Thornton to claim a handicap at Fairyhouse and the trio repeated the trick once more in the first division of the Meath Handicap at the same location.

On this occasion, the seven-year-old defied a 3lb rise in the weights, benefiting from a canny ride from a wide draw and the extra furlong to prevail even easier than last time.

“I can’t believe it really” said Blackmore on Racing TV of her impending Irish Derby debut. “It’s pretty cool to be riding in that race.

"Fair play to Emmet for giving me to opportunity to ride in it. It’s a big deal for him as well, having his first runner in the race. It’s very exciting and I’m really looking forward to it.

“I feel like I’m an imposter in it really. It’s such an incredibly special race and I never even dreamt of riding in Irish classics. It really does mean a lot to get the opportunity to ride in a race like this and I’m just very grateful to be given an opportunity and I’m really looking forward to it.”

Jim Bolger is targeting a third Dubai Duty Free Irish Derby on Saturday and the Glebe House maestro received a nice fillip at Fairyhouse as the Kevin Manning-steered Slaney East (7/2) provided the type of battling success so renowned of the Coolcullen conditioner’s representatives in the Irish Stallion Farms EBF Maiden was confined to three-year-old fillies that had not run more than twice.

Shane Foley brought his tally to 19 winners from 18 fixtures and 20 for the season courtesy of a double to move three clear of Colin Keane at the top of the jockeys’ table.

The majority of those victories have come for his boss Jessica Harrington, whose string is humming since racing resumed, and the duo will not have had many concerns as Protagonist (1/1f) made it two from two in six days since being transferred to Commonstown from Jamie Osborne’s yard by well-known National Hunt owner Michael Buckley.

The second leg of the double would have been in doubt for a long way but after a strong gallop, Foley delivered Rain Or Shine (8/1) from last to first on the outside to chin Pulsating and take the honours in the Follow Fairyhouse On Social Media Handicap (Division 2).

Apprentice pilot Gavin Ryan claimed the first division on the way to notching up his own brace and there may be more to come from Reverberation (11/1), as victorious trainer James Lambe reported his expectation that his charge would come on for the outing, having been seen last when winning at Dundalk on March 20th.

That was a four-length triumph but later on Ryan had to be patient and strong as the split came at just the right time for Baby Power, who hit the front and then responded to the challenge of Powersville impressively, justifying 5/2 favouritism for trainer Garry Caldwell and his owner-breeder father Bernard, in the Thanks To All Our Frontline Workers Handicap.

Billy Lee is another jockey enjoying himself at present. He is also looking forward to his first Irish Derby ride - on Sherpa for Donnacha O’Brien - and his partnership with Billy Twomey invariably yields dividends, as it did once more with Pontchateau (9/1) in the Irish Stallion Farms EBF Maiden for three-year-old colts and geldings that have raced more than twice.

It was a good day too for former Galway Plate-winning jockey Kevin Coleman, who recorded his first winner on native soil as a trainer with Red Vermillon (22/1), booted home in Division 2 of the Meath Handicap by Sean Davis. 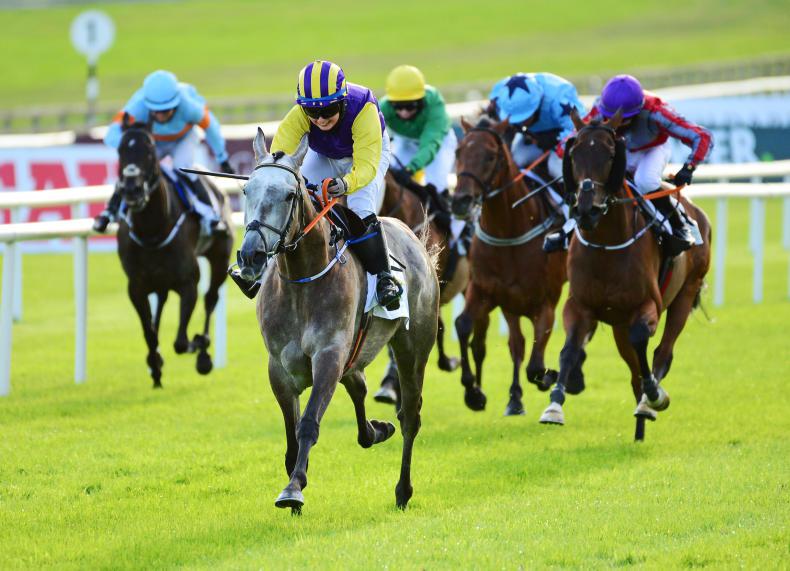 Previews
FRENCH PREVIEW: Princess Zoe can get her Group 1 double
By James Crispe on 22 October 2020
Field + 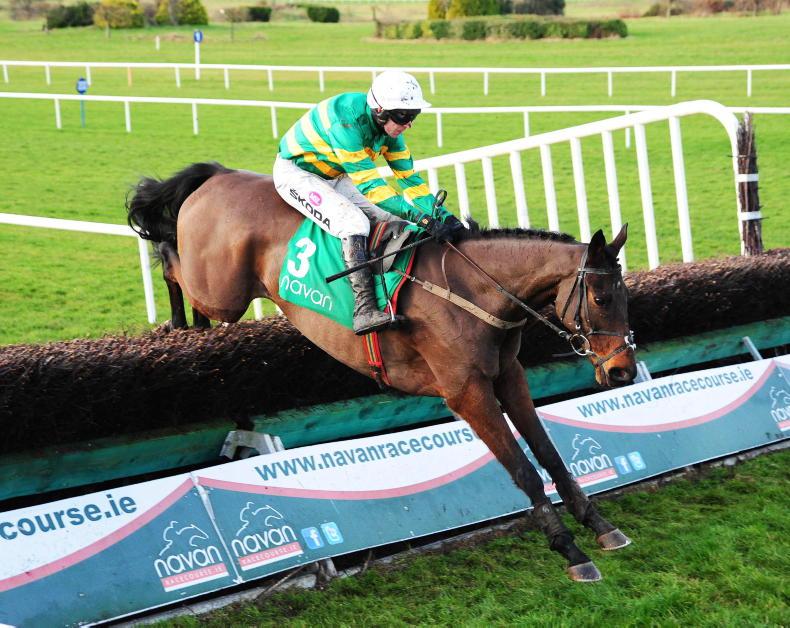 Previews
WEXFORD SUNDAY: Fairly Legal should be ahead of the handicapper
By John O'Riordan on 23 October 2020
Field + 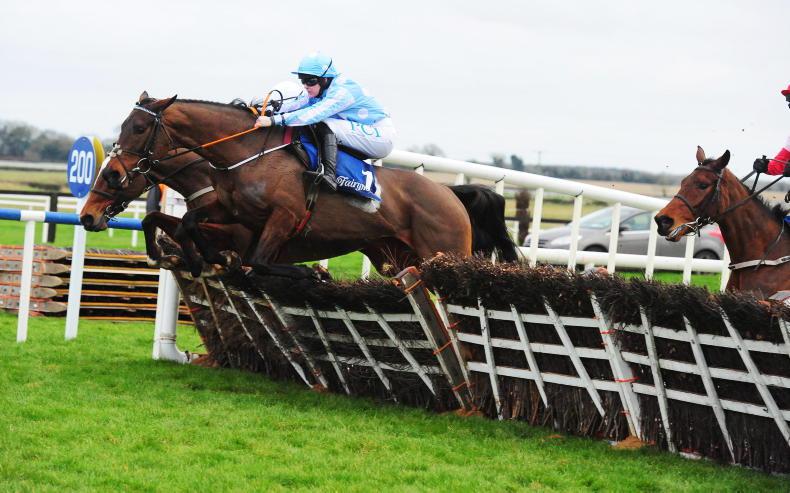