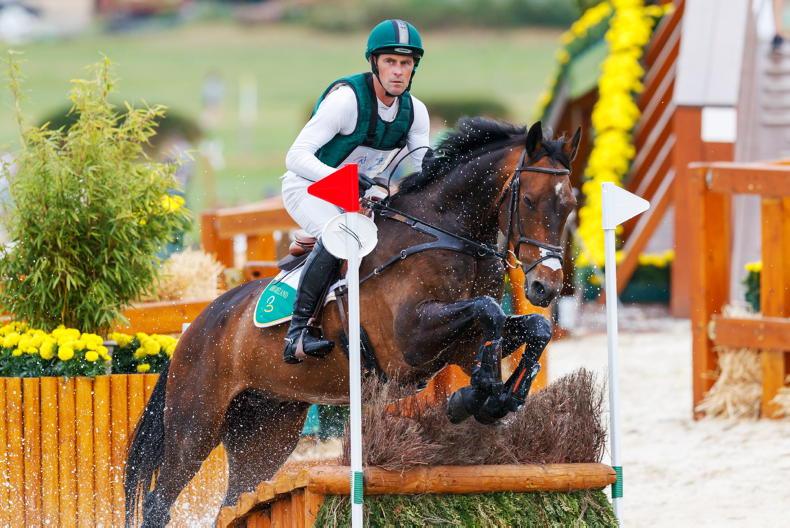 JOSEPH Murphy can rightly feel a sense of pride when looking back on the 2021 season as he has reclaimed his position at the head of Eventing Ireland’s Top 10 list of riders following a three-year reign by Cathal Daniels.

The Killyleagh, Co Down-based horseman, who had won the title seven times prior to 2018, amassed 542 points from 37 points-earning entries here and abroad. His first outing of the campaign was at Blackstairs (1) on March 20th while his season’s finale came towards the end of October at Pau.

“I’ve been rebuilding the horse power here over the past couple of years,” said Murphy. “We have picked up some nice recruits and things are now taking shape. I believe in quality over quantity and that’s really the way it has to be as my owners expect me to ride all the horses so I have to keep the numbers manageable.

“Having good, knowledgeable owners makes life a lot easier – especially as I’m inclined to give horses plenty of time. They are all ‘horse people’ who know how the game can go and they all get along together and take an interest in one another’s horses which make for a great atmosphere at an event.

“We got to know new English owners Claire and Charlie Mayne through their daughter Cecilia who was based with us here last year and competed her own horse, Master J. She has gone back to Oxford to study but they are now involved in Calmaro along with Annette O’Callaghan and are looking for another horse. They attend events if at all possible.

“Another new owner is Alan Bell who we were introduced to by Richard Ames of Belline Equestrian. Alan, who has a leg in one of the young horses in the yard, is involved with Richard (Ames) and Annette O’Callaghan in Choclat who wasn’t out of the first six in seven starts this year.

“He won the CCI3*-L at Ballindenisk in April and the EI115 (Open) at Punchestown (1) the following month. He was then sixth in the CCI3*-L at Houghton Hall and third in the CCI4*-S at Kilguilkey House in late June.”

Not everything went to plan of course and Murphy, who competed for Ireland at the London Olympics in 2012, was bitterly disappointed not to have been selected for this year’s postponed Games in Tokyo with Cesar V. That 11-year-old Casiro I gelding is owned by The Way Forward Syndicate comprising Michael and Elizabeth Eames, Annette O’Callaghan and Richard and Tanya Ames who were equally disappointed.

“I felt that over the period of the Olympic cycle, I had done all I’d been asked to do with my horse and I felt that he had the best profile ahead of selection and was entitled to go,” commented Murphy.

“However, I try not to dwell on these matters as it’s best to put things behind you and move forward. We then went to the Europeans in Avenches (Switzerland) where we had an unfortunate slip-up on the flat.

“Apart from those upsets with Cesar, I had a dream run this year with my horses. I’d plenty of success at home, was more or less happy with my results in England and then to get to Aachen and Pau put the icing on the cake.”

“I couldn’t do any of this of course without the support of my owners and my wonderful back-up team at home, starting with my wife Jill. Then there’s Ryan Hopper and Gillian Smyth, who most people on the circuit know well, my working pupil from the States, Kylie Cahoon, and a couple of people I really couldn’t manage without – our physio, Heather McReynolds and our farrier, Peter McClelland.

“We are always well looked after by Michelle (Kane) and Karen (Ferris) at the Irish Equine Rehab Centre, Breda (Finn) and George (Stewart) at Danescroft are very obliging when it comes to galloping the horses while regular dressage coaching from Tracie Robinson, who was with the Brits for about 20 years, is paying off.”