Sally Parkyn rounds up the underage action from Lisgarvan 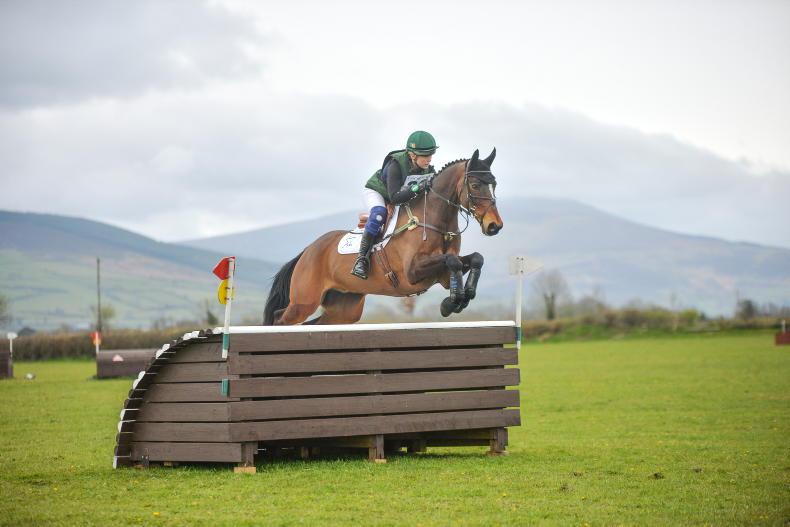 ALTHOUGH not emulating her four timer of the previous week, Amanda Goldsbury did get her head in front to win the EI 100 at Lisgarvan last Sunday.

Teaming up with Zoe Duggan’s six-year-old Rock Phoenix (by Spirit House), Goldsbury again demonstrated her skills on the flat, to win the strong class from flag fall.

With three rides, Goldsbury looked likely to win the EI 90 as well, but she was pipped by Gerald Bloomer riding Caroline Bjoerk’s home-bred DLS Point the Way. A new partnership this season, the pair narrowly pipped Goldsbury on the flat, leaving the New Zealander to fill the next three placings with Hale Athena, Kiltiernan Kitty and Millhouse Platinum.

Having been the runner up on their last two outings, Julia Adamas and Milchem Ardeo landed a timely win in the EI 110 (J). The sole double clear round from the three runners, she headed dressage leaders Sarah Keane with Lon Mac Lionmhtha.

Consistency has been the name of the game for Tom Nestor, who followed his recent win at Tyrella with another in the EI 110 (P). Once again, clear rounds were in short supply, but immaculate in all three phases, Nestor and Freddie, were promoted from an opening fifth spot to lead Molly O’Connor (Coolnaleen Rebel) in second, and Eliza Jane Queally who filled third with Kilcoltrim Swift.

In just three runs together Carla Williamson has struck up a promising partnership with Comberton Coda, and as the only one to complete the EI 100 (P) with a clean sheet, she reversed placings with dressage leader Oscar O’Connor (Chanel Van De Kleine Vlie) as well as recent Blackstairs winners Isobella Donohue (Kingscross Mayfly).

Time faults proved very costly for EI 100 (J) runners Aaron Doyle and Paddy B, who having led the dressage finally settled for seventh spot. Benefitting however, was the consistent pairing of Matthew Kelly and Mr Ed who, having been so close on their previous runs, finally posted their first win of the current campaign.

Bringing the day to a close, Kate Corrigan fittingly took the honours in the EI 90 (P). Riding her father Clive’s Connemara pony Fortane Silver Fox, Kate delivered the only double-clear round on home turf, to lead Josie Alcock on another of the native breed Clonboo Delight Lady.