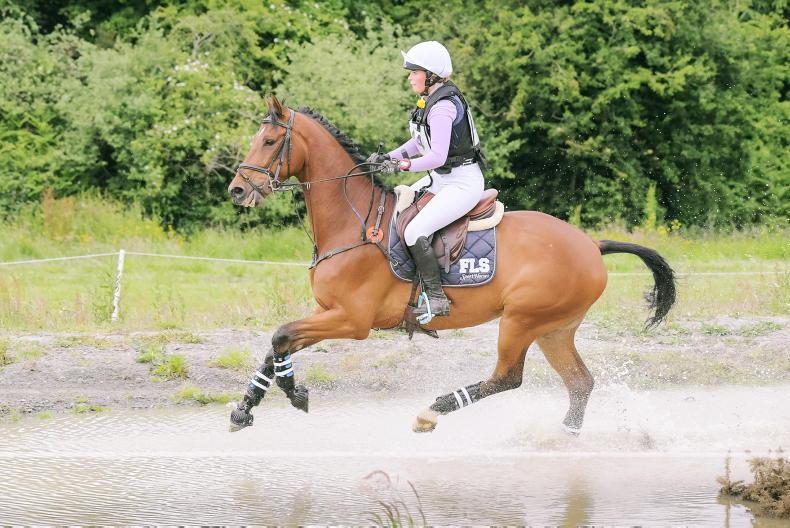 ORLA Byrne at Forest Lane Stables in Co Waterford, has a good track record in training young riders, and another to follow is Niamh Kirwan, who with Global Javall Gold landed an emphatic win in the EI 110 (J). The pair, who were stepping up in level for the first time, led from flag fall to complete in front of the consistent pairing of Matthew Kelly (Ah To Be Sure) and also Godfrey Gibbons with Milchem Miami.

In reserve for the European pony team last year, Kirwan has successfully moved on to horses this season, and bought this smart KWPN registered eight-year-old from Global Sport Horses last September.

The remaining under age classes were poorly supported but delivering the sole double clear round among the five runners in the EI 110(P), Oleana Cohen picked up her second win of the current campaign with the Connemara Ballylee Roller. Six marks adrift, Alex O’Hare (Greylands Diamond Girl) filled second from Oscar O’Connor with Chanel Van de Kline Vlie.

Later on, O’Connor went two better to land the later EI 100 (J) with Belaero. Jumping the only double clear, the duo was promoted ahead of Sarah Kehoe (How Ya Sammy) with the remaining finisher Andrew Walsh with Battlestown Delight.

With just four runners, the EI 100 (P) was also won with the sole clean performance, and this time the top spot went to Katie O’Donovan with the thoroughbred Caherdaniel Lucky. Bred by Zora Feurer, the 12-year-old son of Kasmayo had moved down a rank to contest this class, and comfortably beat dressage leaders Alice O’Sullivan riding Carrigshawn Doctro.

Another quartet went to post in the final EI 90 (P) and again there was only one fault-free performance. Molly Egan produced this with Jockeyhall Molly Brown, thus turning the tables on dressage leaders Claire O’Ryan aboard Westside Mirah Man.