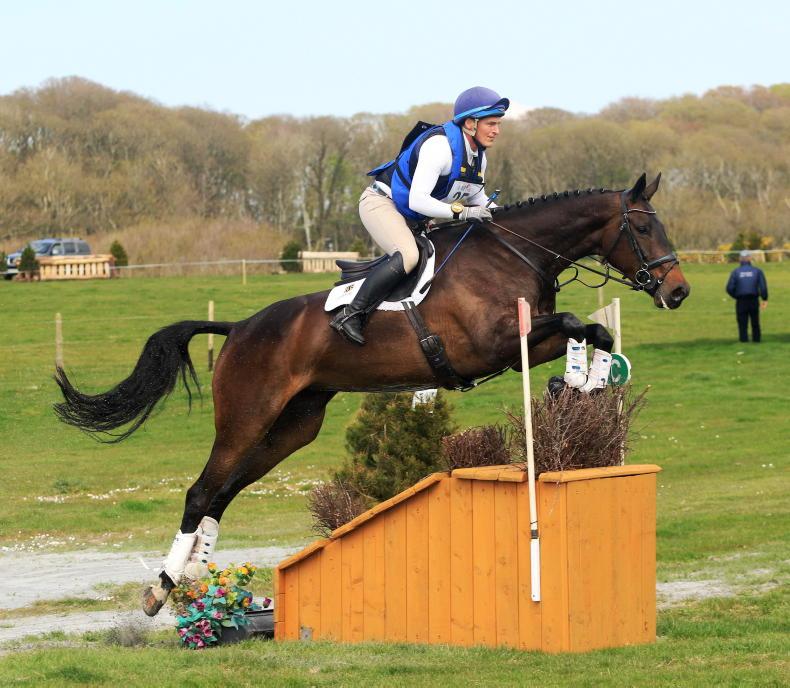 THE 2022 Lightsource BP Tyrella season in the Northern Region of Eventing Ireland will long live in the memory of David O’Connor.

The 34-year-old made his Intermediate debut at the second of the four events when, with two show jumps down, he finished 11th of 12 on his own Tullymurry Hope. At Tyrella 3, when he had two rides at this level, he placed fourth on Tullymurry Hope and last of nine finishers on Glenvine Codename R, both mares being marginally over the time across the country in the 13-strong class.

Last Saturday, O’Connor recorded the only double clear inside the time on Tullymurry Hope to win the 17-runner EI115 on his John Lyttle-awarded dressage score (33.9) while, with two cross-country time penalties and a fence down show jumping, he finished fifth on his seven-year-old Tolan R mare Glenvine Codename R (39.9).

On their second start of the season, Declan Cullen and his Le Lion d’Angers ride from last October, Ultimate Quality, filled the runner-up spot (34.9) ahead of Jim Newsam and Kilcooley Michael (36) who were competing as a combination for the first time since September 2017. The very much in-form Ian Cassells, who travelled north for all the Tyrella events this season, placed fourth on Shanaclough Quality Clover (38.5) whose stable-companion, Shanbo Super Flex, beat the clock across the country but triggered a MIN pin en route.

“I’m absolutely delighted to have won!” said O’Connor. “Sometimes these classes wouldn’t be the most competitive but there were some top riders here while the cross-country track was tough enough, requiring positive riding, with the combination fences in particular asking plenty of questions. Even though they were watering away when I walked the course on Friday, the going was still top of the ground, especially in the point-to-point field.

“The plan for the winner is to do the two-star-long at Millstreet and then, hopefully, a three-star-short, say at Kilguilkey House or somewhere. She has never had a cross-country jumping fault since she started competing back in 2020,” concluded the owner/rider who is cross-country designer at Tullymurry.

A seven-year-old Irish Sport Horse mare by Lougherne Cappuchino, Tullymurry Hope was reared by a foster mother as her dam, the unraced Kearneystown Lass (by Convinced) who belonged to David’s late grandfather, John O’Connor, died in foaling. The 2002 mare has three other progeny listed on the Irish Horse Register including Hope’s year-older full-sister Tullymurry Fifi who was one of the top five-year-olds here in 2019 and is now in the United States with Elisa Wallace.

The situation didn’t remain the same to day’s end but Smith did complete on his winning flat work score with Tessa Westbrook’s highly consistent six-year-old I’m Special de Muze gelding Lavori (21.8) who also won last time out at Tyrella (2). The Gilford rider recorded a second double clear inside the time to fill the runner-up spot on Lisbane Top Gear (27) but had a fence down show jumping to finish third with Cinericius Regnum (30.8).

In a class where the Aaron McCusker-designed technical show jumping track had a huge influence on the result, Emma Hosey recorded the only other completely clear round to move up into fourth on Borris Kings Quality (31.5). Ennis’s best finishing position was fifth on Diamond Fusion whose total of 33.2 included eight show jumping penalties and 0.4 for time on the final leg.

The only double clear in the five-strong EI110 (Open) was recorded by the winner, Co Wicklow’s Emily Barrett on board her mother Kate’s ISH mare BGS Mikado (31 penalties), a 10-year-old bay daughter of BGS Electric Line.

The jumping phases had little effect on the 34-runner EI100 where dressage was judged by Lucinda Webb Graham.

Here, Co Meath’s Sarah Ennis led throughout on her home-bred ISH gelding Stellor Delite (20.3), the six-year-old Caricello chesnut making it two-for-two this season following his victory at Crecora (1) earlier in the month. Tullymurry’s Elaine O’Connor was narrowly beaten into second with the 13-year-old Cyrano gelding Sir Barnabus (20.5) with Suzanne Hagan being slightly off the pace in third on the six-year-old Cobra gelding Loughview Commander (23.3).

Eleven double clears inside the time were posted in the 25-strong EI90 where, on their first start as a combination, Erin McCrea and the 10-year-old OB Active gelding Rubane Candy completed on the impressive dressage score of 22.8 they were awarded by Janet Hall. The only other sub-30 score was recorded by the runners-up, Emma Irwin and PSH Lets Tango (27.5) who, likewise, were making their seasonal debut.

For the first time, an EI80 (T) class was staged at Tyrella and this was won by local veterinary surgeon Kathryn Henderson who completed on her dressage score with her 12-year-old Builder’s Delight mare, Mocking Bird (24.5). 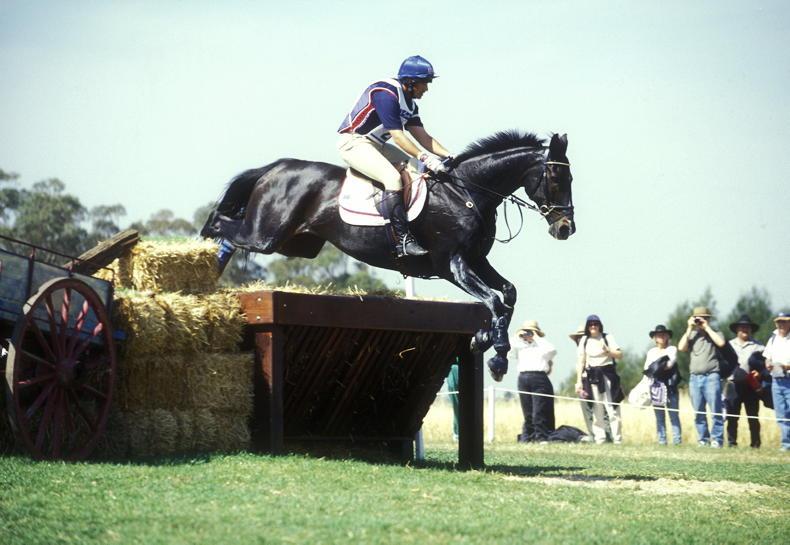 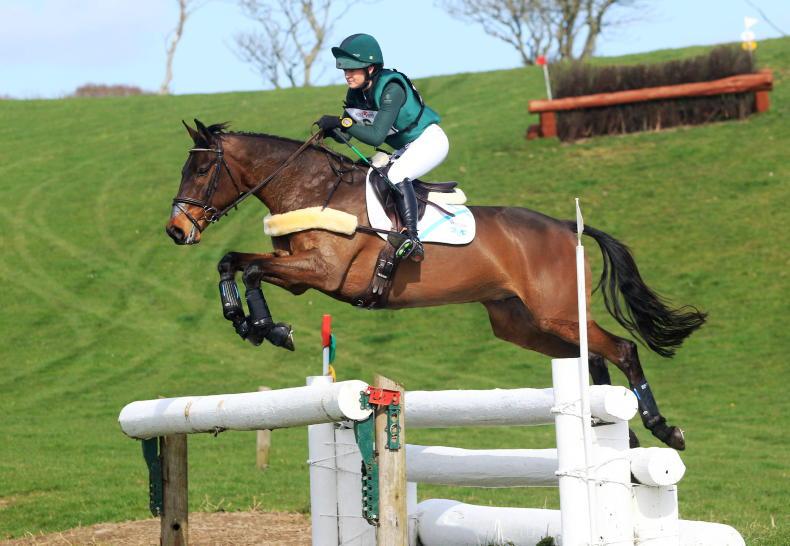 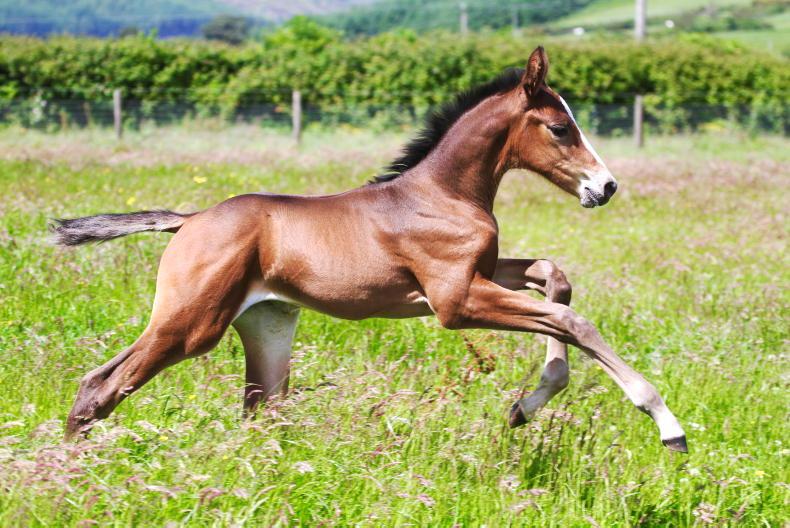 Irish Field Contributor
PICTURE DESK: Out and about
Riders of all ages and levels were out in force competing at summer shows, dressage, show jumping and eventing nationwide