Just one final step...
You must confirm your email address by clicking on the link we’ve sent to your email address.
You are only one short step away from reading 5 free Field+ articles.
EQUINE SUMMIT: 'We've been badly served by Government'

EQUINE SUMMIT: 'We've been badly served by Government'
By Lissa Oliver on 10 November 2017
True to form, Jim Bolger did not hold back at Thursday's Equine Summit

YOU can always rely on Jim Bolger to say something controversial.

The top trainer and breeder was true to form at the Equine Summit. During the thoroughbred breakout session he voiced an idea that he suspected would upset many of his fellow trainers.

“I go jump racing in wintertime and I want to know what’s running 48 hours in advance and it’s ridiculous for my fellow trainers to say it’s not possible. We already declare on a Friday for Sunday, so what’s the big deal? Our administrators need to get their act together on that one.”

Bolger also had strong words for successive Governments who have failed to impose higher betting taxes. “We’ve been badly served by Government in the past number of years. Surely an industry [thoroughbred and Sport Horse] employing 42,000 people needs looking after?

He continued: “I’ve been a punter since I was 12 years old and punters are not going to mind paying. Years ago it was 10% and I’ve never met a punter upset at paying €1 when he’s just won €10. Racing could be self-sufficient and carry its head high, while there would be a surplus of €50 million to be spent elsewhere.”

From the floor, trainer Brendan Duke wondered if restrictions could be imposed to prevent a single owner from running large numbers of horses in the one race. Bolger agreed that there was never a need for one owner to have more than three horses in a single race.

As the session drew to a close, Bolger concluded: “We’re not being as well served by our administrators as we deserve to be and the drug situation has to be mentioned. We have a problem with drugs here in Ireland, in not having a proper testing system up and running, and I suspect there isn’t the will.

“Steroids should be banned across the board, including in therapeutic use. I’ve been breeding and training horses most of my life and I’ve never lost a horse because it didn’t get a steroid. Testing should be across the board and random, throughout stud farms, to show we have nothing to hide. All foals are registered, it shouldn’t be difficult, and if the Turf Club don’t want to do it then the Department of Agriculture should.”

Joe Foley of Ballyhane Stud agreed that the ITBA echoed those views and looked forward to rigorous testing being quickly introduced.

As ITBA CEO Shane O’Dwyer explained: “We’re working closely with the Turf Club and we’re not really at an impasse. It’s just a matter that we need to get it dead right and we need the correct procedures in place to comply at international level. The breeders are not the ones holding it up.” 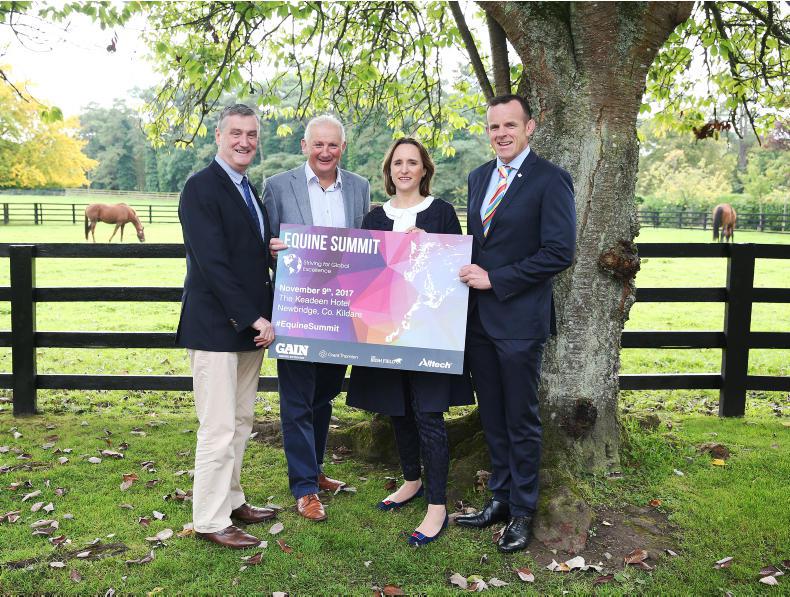