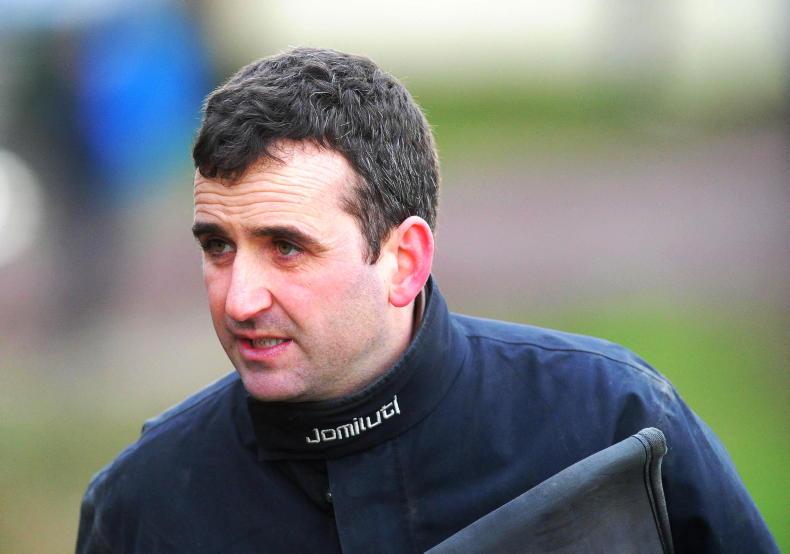 LONG before the now established route for four- and five-year-old maiden winners to boutique sales at British venues such as Cheltenham, Aintree, Doncaster and Yorton Farm for the headline-grabbing six-figure sellers became such a central focus of National Hunt racing, there was another flow of horses across the Irish Sea which for decades had quietly been filling an important role between the two jurisdictions.

For those horses whose form in point-to-pointing here had not proven to be up to the level required to make it on the racecourse, the British point-to-point scene has offered an important market for their connections to move them on.

These lower-grade performers may only be able to command prices that are a mere fraction of this season’s top sellers such as Croke Park or Deeply Superficial.

However. the importance of having an active outlet for them is far from insignificant.

This season alone 323 British point-to-point races have been won by horses that started their careers pointing in Ireland, with the total number of horses running there likely to be many multiples of that figure.

Typically these have often been older horses making the switch between the pointing jurisdictions, with Sam Curling’s Precious Bounty being a perfect recent example of the profile.

The Yeats gelding ran eight times here least season between older maidens and hunter chases, making the frame once when second in a Ballycrystal older maiden.

Since joining Tom Ellis’ yard, the eight-year-old has run up a sequence of five consecutive victories, a run of success which in all probability would have been unconceivable had he remained in this sphere.

However, recent weeks have shown the emergence of a new opportunity that British point-to-pointing may be able to provide Irish connections.

The race which was won by Doyen For Money, saw the Rob James-trained Top Target complete in fifth of the seven finishers, some 13 lengths adrift of the winner.

Fast forward five weeks and the Westerner gelding was one of seven runners in a British maiden at Cothelstone.

This time, instead of taking on similarly aged four-year-olds as would have been the case had he remained on Irish soil, his debut for Chris Barber, with whom James jointly owned the horse, saw him take on his elders.

The outcome of the race was emphatic. The bay defeated the eight-year-old Ninth Wave, a 14-race maiden whom he was receiving a stone in weight from, by 17 lengths.

The victory earned him a place at last week’s April Sale in Cheltenham where he was knocked down to Kim Bailey for £26,000, having initially been purchased by James for €11,000 as a yearling. The fee was no headline-grabbing sum against the sale’s top price of £200,000, but the shrewd move to take advantage of the opportunity in British pointing allowed James to recoup much of his outlay.

That story was repeated later in the Cheltenham catalogue with lot 71 Deadly Missile. The Presenting gelding had finished last on his debut for Sean Doyle in a four-year-old geldings’ maiden at Tattersalls 11 months ago, before pulling-up on his return to action in Lisronagh at the end of February.

Seven weeks later he was sent off as the favourite for his British debut in a PPORA club members’ maiden at Lydstep in Wales for rider-trainer Bradley Gibbs.

Here he dead-heated with another former Irish pointer in Frankie Faulkner, a horse that had beaten just one horse home from a combined two runs in four-year-old maidens at Tipperary and Grennan the previous spring.

With that victory now to his name, Doyle offered the five-year-old at last week’s sale where he was sold to bloodstock agent Hamish Macauley for £40,000.

The Covid-19 suspension of point-to-pointing here had led Irish handlers to send a handful of their horses to be run in England when the sport there continued uninterrupted last spring.

With the British authorities currently trying to develop a greater commercial focus to a certain element of their pointing ranks, these Wexford handlers have shrewdly happened upon an excellent opportunity for a particular bracket of their horses, and it will be interesting to see if it is one that other Irish connections will now look to exploit into the future.