Just one final step...
You must confirm your email address by clicking on the link we’ve sent to your email address.
You are only one short step away from reading 5 free Field+ articles.
Ennistymon and Cayenne Pepper head Irish Oaks field

Cayenne Pepper and Ennistymon are two of eight fillies declared for the Juddmonte Irish Oaks on Saturday. They are 2/1 joint favourites with some firms.

The Jessica Harrington-trained Cayenne Pepper ran an excellent race in defeat behind the top-class older mare Magical in the Pretty Polly Stakes three weeks ago. The daughter of Australia will step up to a mile and a half for the first time this weekend in the hands of Shane Foley.

Aidan O’Brien has whittled his team down to four as he goes in search of a sixth Irish Oaks success.

Ennistymon brings the strongest form to the table of the quartet, having chased home her esteemed stablemate Love in the Oaks at Epsom on her latest appearance. She is joined by stable companions Snow – winner of the Munster Oaks – Laburnum and Passion.

Ger Lyons is represented by Even So, who narrowly beat Laburnum in the Naas Oaks Trial a fortnight ago, as well as Yaxeni.

The field is completed by New York Girl from Joseph O’Brien’s yard.

The first of three Group 2s on the card is the Comer Group International Curragh Cup.

Twilight Payment won last year’s renewal for Jim Bolger and is back to defend his crown, now in the care of Joseph O’Brien. The Owning Hill handler has a second string to his bow in Master Of Reality.

Aidan O’Brien relies on Memorabilis, with Harrington’s Camphor and the Luke Comer-trained pair of Cypress Creek and Giuseppe Garibaldi the other hopefuls.

The star attraction, however, is Ken Condon’s stable star Romanised, who makes his first competitive appearance since being touched off by Circus Maximus in the Prix du Moulin last September.

Group 2 honours are also up for grabs in the Gain Railway Stakes, a race Aidan O’Brien has claimed on 13 occasions. 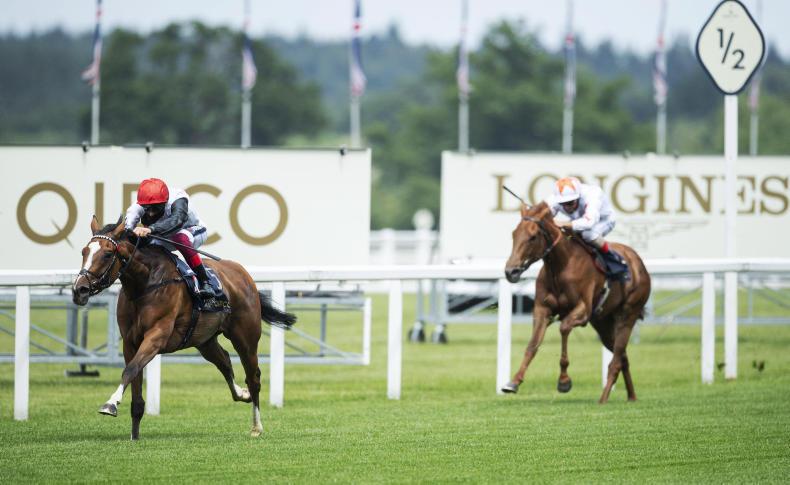