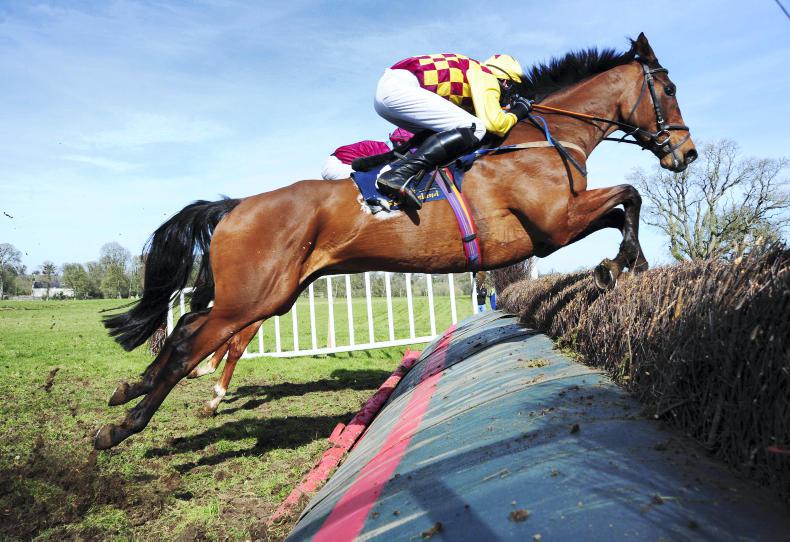 Well Bill and Liam Quinlan made all the running to win the Adjacent Hunts Maiden race (Photo: healyracing.ie)

THE Ross family are indelibly linked with point-to-point racing in the midlands and the Ross name once again returned to the winner’s enclosure at Durrow when William Ross saddled the winner of the Dunnes Stores adjacent maiden, six years after his family’s last success in the race, when his late uncle Cecil landed the corresponding race with the subsequent Scottish National victor Godsmejudge.