Title: DUNDALK WEDNESDAY: McConnell makes it a half century after midweek double 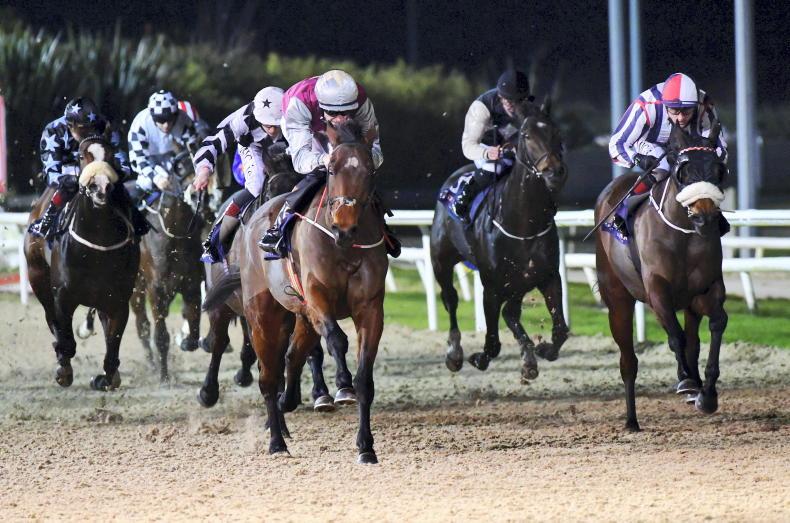 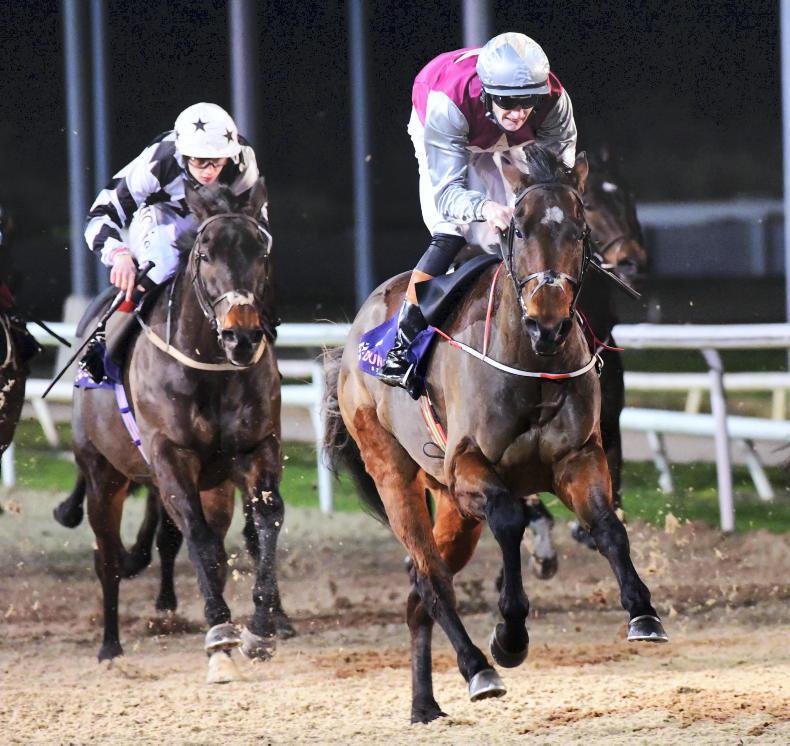 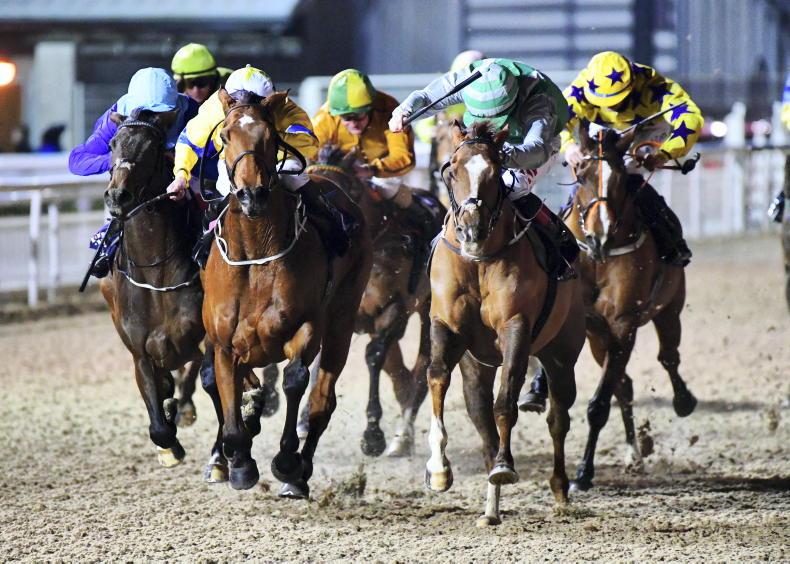 IT was another good evening at Dundalk for John McConnell who made it 51 winners for the year as he notched up a double which was completed by the fast improving Mulgrave in the first division of the 45-65 rated mile handicap.

On his first outing since he was picked up for €5,000 from a claimer here in September, the Mehmas gelding bolted up over this course and distance a week previously and a 10lbs rise in the ratings was no barrier to success.

The 15/8 favourite was perhaps a shade keen in the early stages of the race for Donagh O’Connor but he was always well positioned and always looked a likely winner. He mastered stablemate Blankiedoodie early in the last furlong and reached the line a length and a quarter clear of Miss Cunning.

“I was worried about coming back so quick but it was a good opportunity and he looks progressive. He’ll be back here in the New Year,” reported McConnell.

An especially well-deserved success was in the offing for John McConnell’s No Trouble (3/1) in the 45-75 rated mile-and-a-half handicap.

After winning twice in late September the Cathal McGuckin-owned five-year-old endured a run of four straight runner-up efforts (beaten half a length or less in three of these outings) before this outing. Seamie Heffernan’s mount made no mistake on this occasion as the pair surged to the front well over a furlong out and finished two and a half lengths clear of Summit Star.

“He’ll be back here again and he’ll probably end up at the finals day here in March. You’d love to have a few more like him. He’s a genuine, straightforward horse,” commented the trainer.

The card kicked off with a third win in 2021 for the reliable Lee Smyth inmate Adams Barbour in the 45-65 rated five-furlong handicap.

The 7/2 shot sat just a length or two off a decent pace before Siobhan Rutledge produced him to lead over a furlong from home. The David Adam-owned winner hit the line a length ahead of the favourite, Samrogue.

O’Brien and McDonogh team up with two likeable types

JOSEPH O’Brien also notched up two winners and he did so with a pair of likeable types who were both partnered by Declan McDonogh.

The first to strike for the trainer was White Marlin (6/1) in what looked quite a reasonable mile-and-a-half maiden for this time of year.

The Morna McDowell-owned and bred half-brother to Romantic Proposal was making his racecourse debut but belied that lack of previous experience. He was going nicely turning for home and soon led before digging in splendidly to hold off the 13/8 joint favourite Elzaamsan by a head.

“He showed a good attitude and went to the line well. It’s never easy first time out around here and he’s done that well. I’d say he could improve plenty from here and that was a nice performance against experienced horses,” said the rider.

It was later the turn of In Ecstasy (2/1) in the BetVictor-sponsored two-year-old conditions race over a mile.

As he looked to build on a battling maiden success here last month, this son of Caravaggio, who carries the colours of Peter Brant’s White Birch Farm, showed a nice attitude once more. McDonogh spied a gap between Rene Artois and Knocklane Lass with over a furlong to run and once In Ecstasy deftly slipped through that opening he was going to take plenty of beating. He got on top inside the distance for a three-quarter-length triumph over Rene Artois.

“He’s a horse going the right way and he’s improved since his last run. He stayed at it very well and he’s a nice horse going forward,” stated the rider who was replacing the unwell Dylan Browne McMonagle on the winner.

GER O’Leary made his final runner of the year a winning one as Adamaris (9/2) and champion jockey Colin Keane bagged the two-mile handicap.

A winner over a mile as recently as August, this four-year-old was showing commendable versatility in stretching out to this trip having never previously ventured beyond an extended 10 furlongs on the flat. Keane produced his mount to lead heading towards the last furlong and Adamaris got home by half a length from the top-weight, King Of Cashel.

Charlie O’Dwyer bagged the third victory of his career as Annexation (11/2) somehow pulled victory out of the fire in the apprentice rider’s rated race over a mile.

The 69-rated winner seemed to be on the backfoot from the moment he was hampered and lost his position at halfway. The 11/2 chance had it all to do turning in and then met trouble in running over a furlong from home, but he raised himself for another effort inside the distance and charged home to defeat Hightown Heights by half a length.

Henry de Bromhead trains the winner for the South Ros Racing Syndicate and the winning jockey rides out for him twice a week.

Almost three years to the day after making her racecourse debut, Indiana Grey (17/2) secured the fourth success of her career in the second division of the 45-65 rated mile handicap.

Pat Martin’s charge had the misfortune to encounter Mulgrave here the previous week when finishing an honourable third and with nothing of that one’s calibre lurking in the field, Mikey Sheehy’s mount got home by a length and a half from Kudbegood. The five-year-old is owned by the trainer’s stalwart patron Raymond Moore.