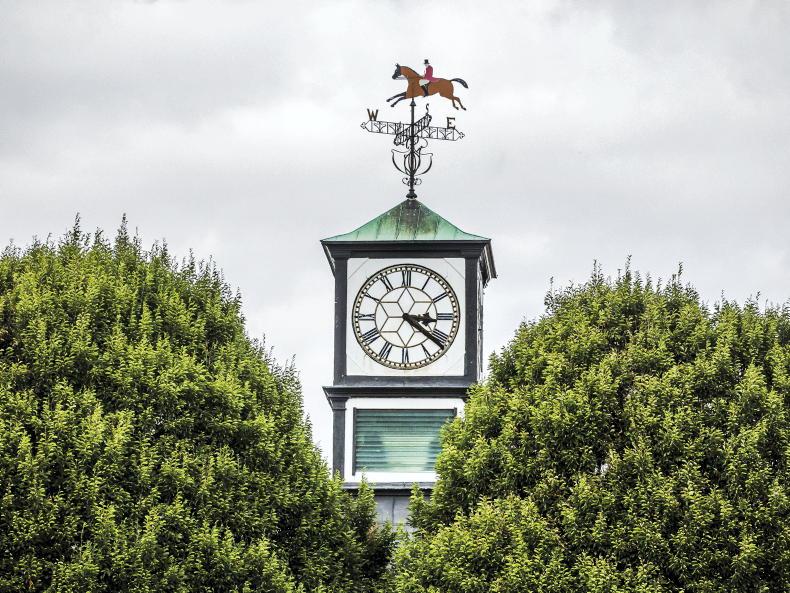 HAVING spent time and money qualifying, it was little surprise to see a full entry of 20 for the three Berney Bros Saddlery-sponsored ridden classes confined to mares and geldings at last week’s Dublin Horse Show.

These were judged in Ring 2 on Thursday by Madeleine Beckman and Kirsty Aird whose winner of the opening four- and five-year-old class, Cregduff Ranger, was to stand reserve to the stallion Cashelbay Rocket in the ridden championship for the Eugenia Murray cup.

Ridden by Charlotte Smiley for her mother Kathryn, the five-year-old, who qualified at Tullylish, is by Drumbad Fletcher Moss and was bred in Co Mayo by Michael O’Malley out of the Currachmore Cashel mare Cregduff Queen.

One of the first ponies to come through the new qualifying system at Forth Mountain was the Pauline Dahill-ridden Nire Valley Count who finished second. A four-year-old gelding by Glencarrig Knight, the grey was bred by his owner, Carmel Melody, out of the Monaghanstown Fionn mare Nire Valley Laurin.

Another Forth Mountain qualifier, Fiery Diplomat, won the six-year-old and upwards class for his Co Tipperary exhibitor Rachel Flynn whose daughter Aoife was in the saddle – as she was when the 2012 gelding did a small bit of registered jumping last year. The Gleann Rua Maxwell grey was bred in Co Kildare by Harriet Byrne out of the Gun Smoke mare Magic Minnie.

The Co Wexford qualifier also acted as a conduit for the second-placed pony in this class, Lisrua Star who was ridden for Newtownards working hunter coach Victoria Teuton by her daughter Anya. The winner last May of an EI100 class at Glenpatrick, this 12-year-old dun mare by Coral Misty’s Bobby is out of James and Mary Finnegan’s Vales Blue Boden mare Lough Melvin Amy.

Having had to stay home being somewhat under the weather during Dublin Horse Show week, Chris Ryan will have been pleased to learn that a Scarteen qualifier, Pat Meehan’s Loughmore Mick, won the older riders’ class in the hands of Jodie Moran. Bred in Co Offaly by Sean Cooney, this seven-year-old Brock Lodge Buster gelding is out of the Frederiksminde Hazy Match mare Hazy Rebel.

The Co Down owner/rider combination of Emily McGowan and Lesley Jones finished second here with the Tullylish-qualified Oisin Or, a six-year-old Gwennic de Goariva gelding who was bred in Co Westmeath by Liam Walsh out of the Linsfort Barney mare Linsford Sally.