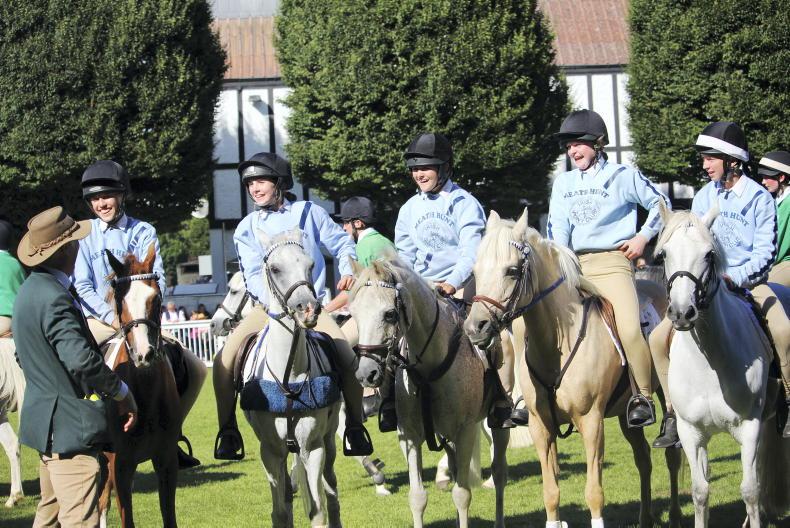 We did it! Winners of the mounted games were the overjoyed Meath Hunt Pony Club team pictured at Dublin 2022 \ Susan Finnerty 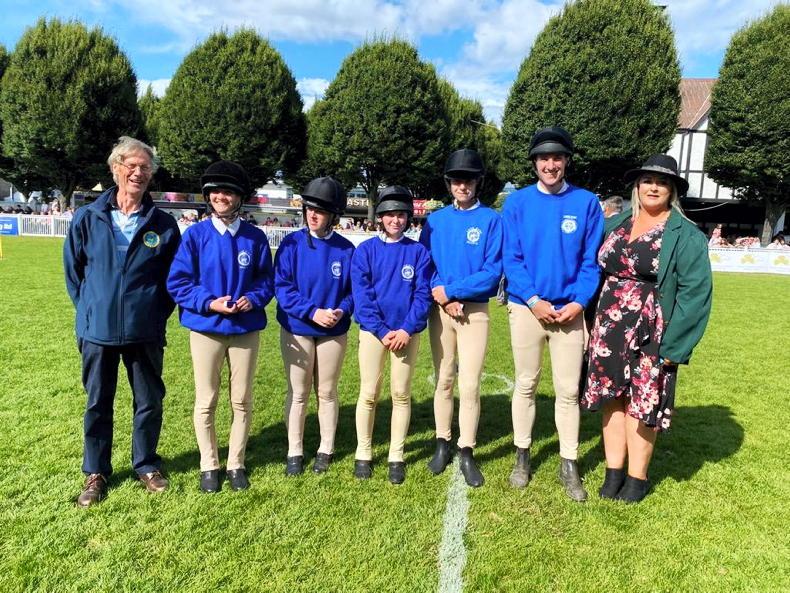 THE atmosphere was electric around the RDS sidelines on Saturday for those pony club riders who qualified for the mounted games and their band of supporters. As expected, these games were hard fought, with little separating the teams.

In the end of all the excitement, it was the Meath Hunt team of Harriet Mangan (Scooby), Lauren Callery (Blossom), Sophia Murray (Marcel), Jack Mangan (Sprite) and Sadhbh Murray (Storm), managed by Mark Crowe, that took the 2022 title. They were leading going into the final with four out of five wins, but it was all still to play for.

It was no easy feat with the Shillelagh team battling it out right to the end. In the closing games, the Laois team got the better of the Tipperary team to take third, while Carlow took fifth place, ahead of Wexford.

For the first time, the pairs’ competition took place in Dublin Horse Show’s main arena. Following a very exciting class, it was the Laois Hunt Pony Club pair of Alan Flynn and Cora Quigley, who is from the Island Pony Club, that took the win. They were presented with the Patrick Thompson Cup in his honour. The team of Jill Finn (Wexford Pony Club) and Caleb Schofield (Laois Pony Club) in Wexford colours claimed second place. Third place was taken by the Shillelagh team of Joy Furlong and Cormac Byrne.

Michael Essame, chairman of the Irish Pony Club, presented medals at Dublin to members of the Laois Branch senior team who won the 2021 mounted games championships. Because of Covid, last year’s finals were not held at the RDS but at the IPC Festival at Barnadown. The quintet of Tate Hayes, Eva O’Shaughnessy (who is on the Tiggy’s Trust rider development squad competing at Blair Castle in Scotland this weekend), Ruth Schofield, Adam Flynn, and Caleb Schofield were accompanied by coach Lorna Whelan.