Title: DROMAHANE SUNDAY: Aloneamongmillions lives up to his name

Aloneamongmillions and Jonbon were the stars of the day at Dromahane 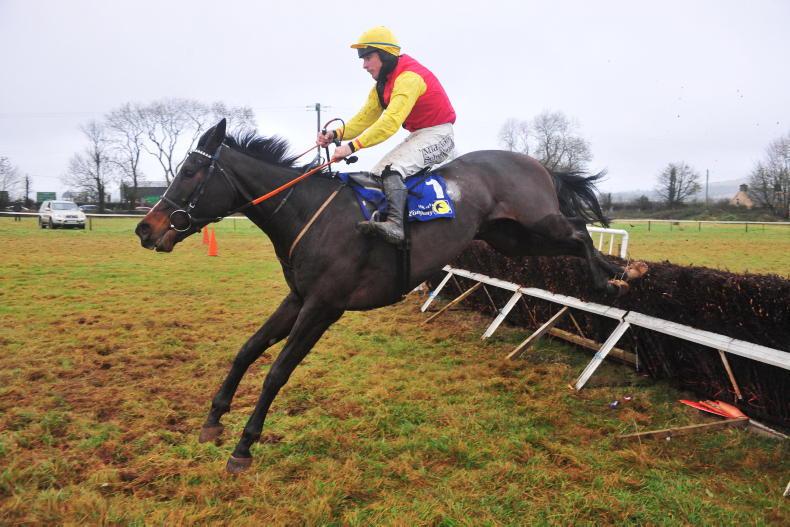 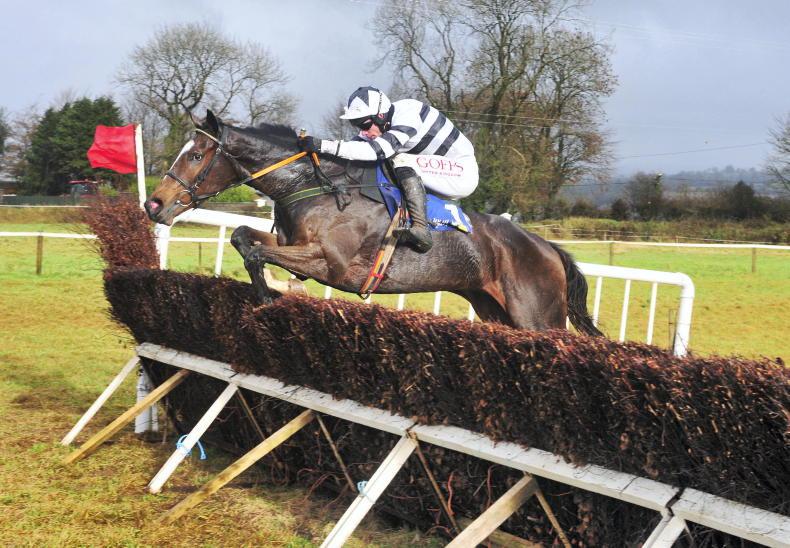 Jonbon, a full-brother to Douvan was an impressive winner of the four-year-old geldings' maiden under Derek O'Connor \ Healy Racing
Previous Next

THERE were some outstanding performances at Sunday’s Duhallow Foxhounds meeting at Dromahane, none more so than from Sam Curling’s Aloneamongmillions who hinted that he’s set for another fruitful season by making a breath-taking return to the fray in the open.

Last season’s Cheltenham Foxhunter fourth Staker Wallace took the eight runners along and he had Aloneamongmillions, winner of the Tetretema Cup at Gowran Park as his closest pursuer after a mile. The eventual winner gave cause for alarm by making a notable blunder at the sixth last of the 13 obstacles, but Pa King sat tight and the seven-year-old was soon back on an even keel.