Title: DRESSAGE: Another record and fifth place for Judy Reynolds in Rotterdam 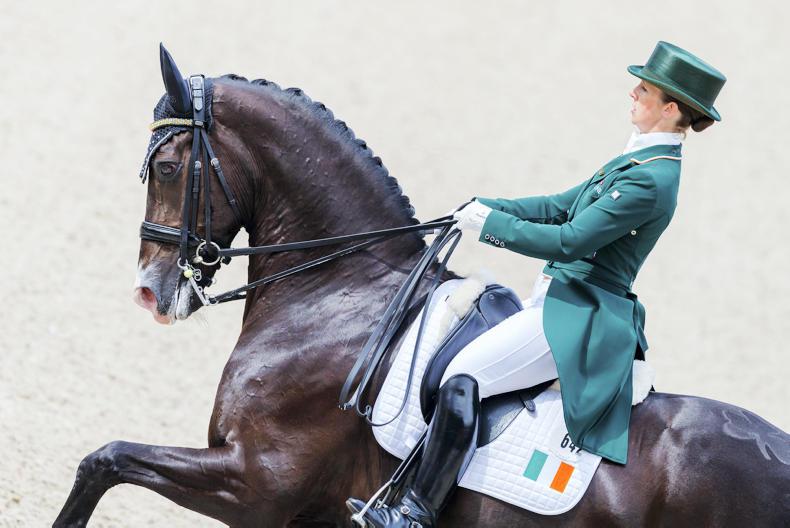 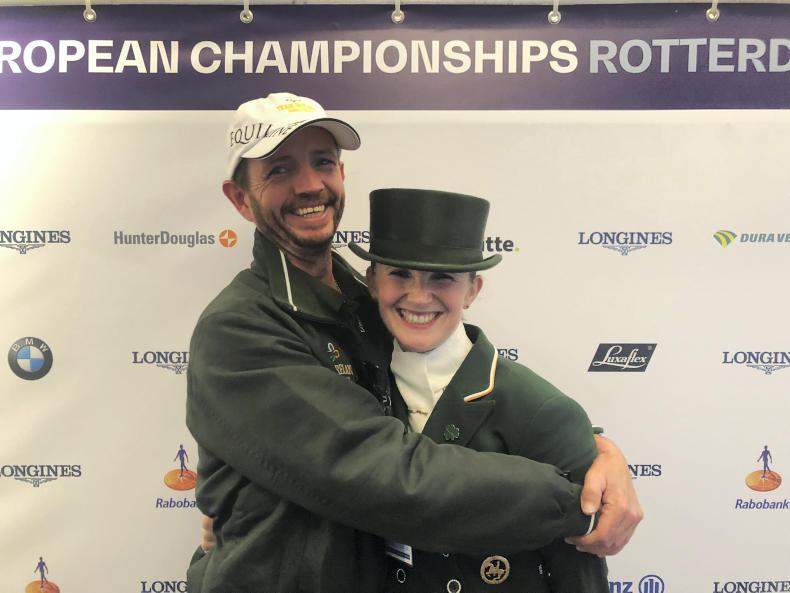 DRESSAGE sensation Judy Reynolds set another new Irish record at the FEI European Dressage Championships this evening when blazing to a score of 78.252% in the Grand Prix Special, finishing just two places off the podium in fifth.

In doing so, she broke the 26-year record set by her fellow Irish Olympian Anna Merveldt for the highest individual placing by an Irish rider at the European Championships.

Riding her loyal and wonderful 17-year-old Vancouver K, owned by her parents Joe and Kathleen, Reynolds smashed another of her own records by over 2% to coast into Saturday’s Freestyle to Music final.

The combination received a score of 81.064% from one judge. Their pirouette right scored a massive 8.4, while they also got an 8.0 for the passage and 8.1 for the piaffe.

Speaking afterwards, a delighted Reynolds said: “I think it’s like the judges are now trusting us. They are starting to think ‘okay she really can do it, and he can do it as well! Judy and her proud husband Patrick after tonight's test in Rotterdam

“He [Vancouver K] is just on it. He goes in there, he’s focused, he is not disturbed by the crowd in any way and he is just doing as I ask. At the moment he is just amazing,” she said.

Looking forward to the Freestyle to Music, where they will perform to Irish-themed Lord of the Dance music, Reynolds added: “Well we are in, that’s for sure! I am looking forward to it already. At that point we will just do our best and have fun really,” she added.

The gold medal went to Germany’s unstoppable Isabell Werth and the 15-year-old mare Bella Rose on an incredible score of 86.529%. Germany also took the silver medal through Dorothee Schneider and Showtime FRH (85.456%), while silver went to Denmark’s Cathrine Dufour with Atterupgaards Cassidy (81.337%). 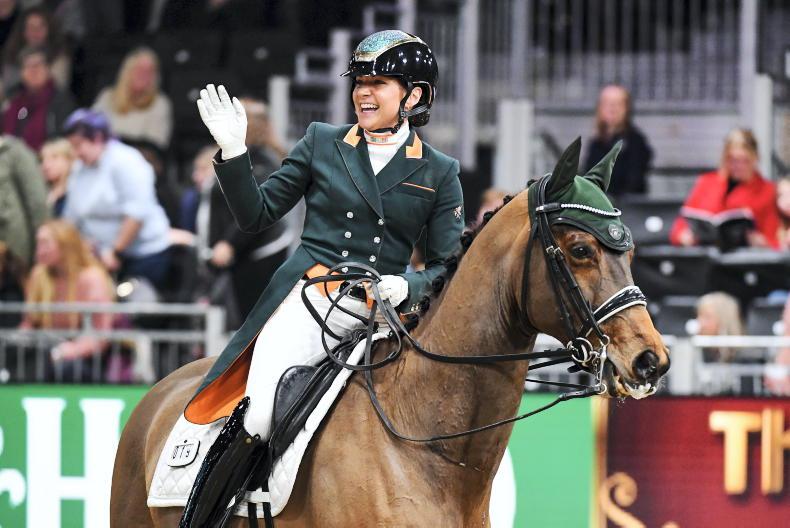 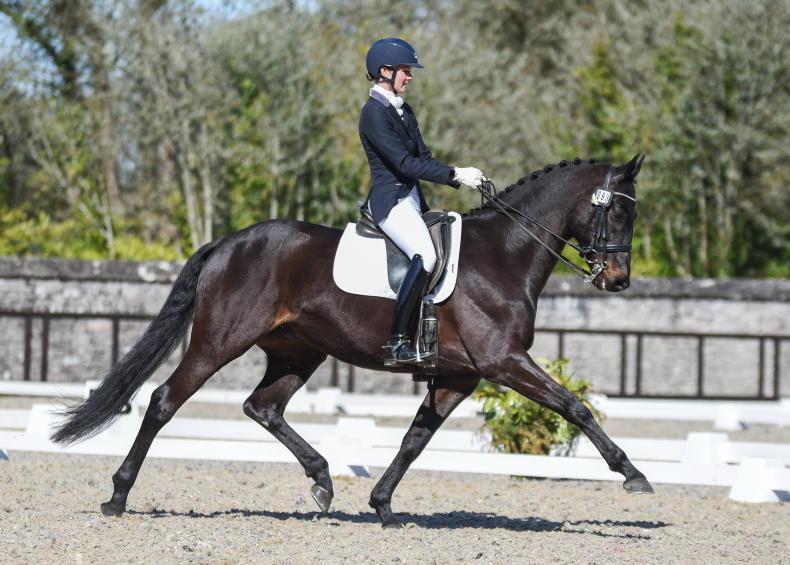 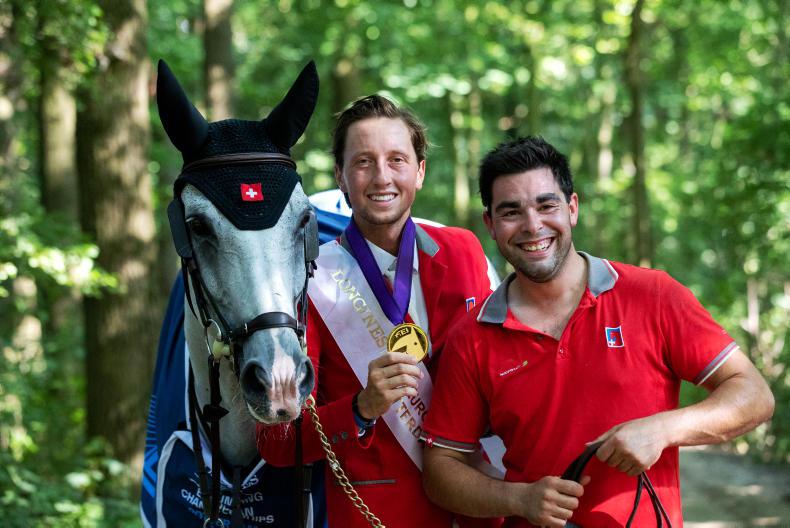 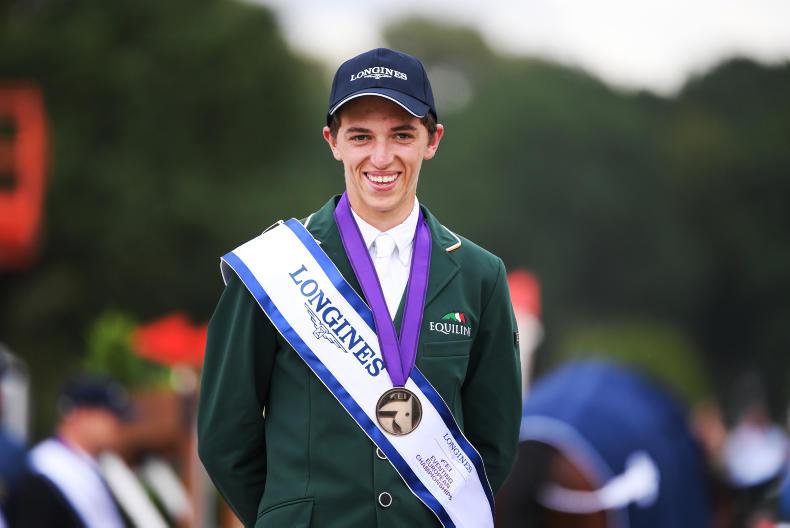