Just one final step...
You must confirm your email address by clicking on the link we’ve sent to your email address.
You are only one short step away from reading 5 free Field+ articles.
Drama at Sandown sees void race and seven jockeys handed 10-day bans

Drama at Sandown sees void race and seven jockeys handed 10-day bans
By Irish Field Contributor on 07 December 2019
Approaching the Pond fence for a second time, a member of the ground staff displayed a yellow flag, but rather than pulling up, horses bypassed the obstacle and continued

A DRAMATIC conclusion to racing at Sandown on Saturday saw the concluding Betfair London National declared a void race and 10-day riding bans handed out to seven jockeys.

A field of 14 runners went to post for the three-mile-five-furlong handicap chase and the drama began after the admirable veteran Houblon Des Obeaux exited after jumping the Pond fence for the first time.

The rest of the runners raced on up the home straight and headed out for the second circuit.

Approaching the Pond fence for a second time, a member of the ground staff displayed a yellow flag, which is shown to indicate to riders that there is a serious incident ahead and that jockeys must stop riding and the race declared void.

But rather than pulling up, horses bypassed the obstacle and subsequently the stricken Houblon Des Obeaux behind the screens, with jockeys continuing to ride out the finish and negotiating the final two obstacles.

The Neil Mulholland-trained Doing Fine (14/1) passed the post in front in the hands of 7lb claimer Philip Donovan, but a stewards’ inquiry was immediately called and following deliberations the race was declared void.

It was also confirmed that Houblon Des Obeaux had suffered a fatal injury.

“There were seven jockeys who continued in the race. The stop-race flag was just to the left of them and they appear to have bypassed it and bypassed the Pond fence and just carried on up the home straight.

“For that reason, all the jockeys who continued in the race were given a 10-day suspension because they failed to stop when they should have stopped.

“There’s some confusion – they (the jockeys) said they didn’t (see the flag), but the film clearly shows that the flag was there and that some of the jockeys have gone to stop and then started riding again.

“It’s either 10 days or nothing and because it looks like they’ve seen the flag an they’ve ignored it, they’ve all got 10 days.” 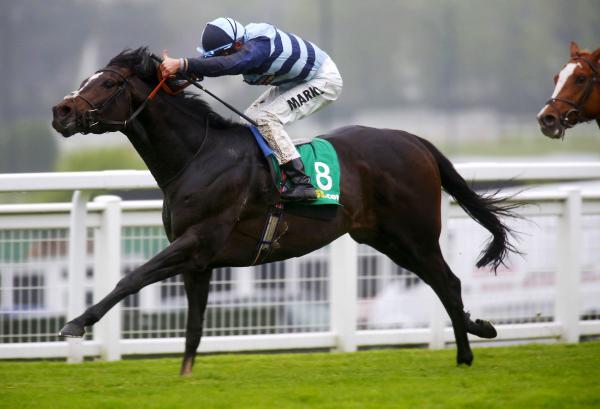