"I'm 31. It is 12 years since I last rode in a race. I had my first ride back in Roscommon last Monday." John Gerrard 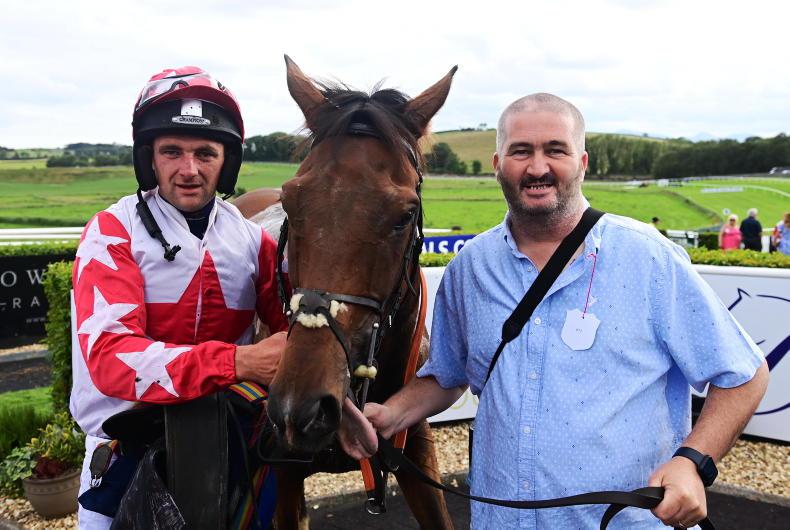 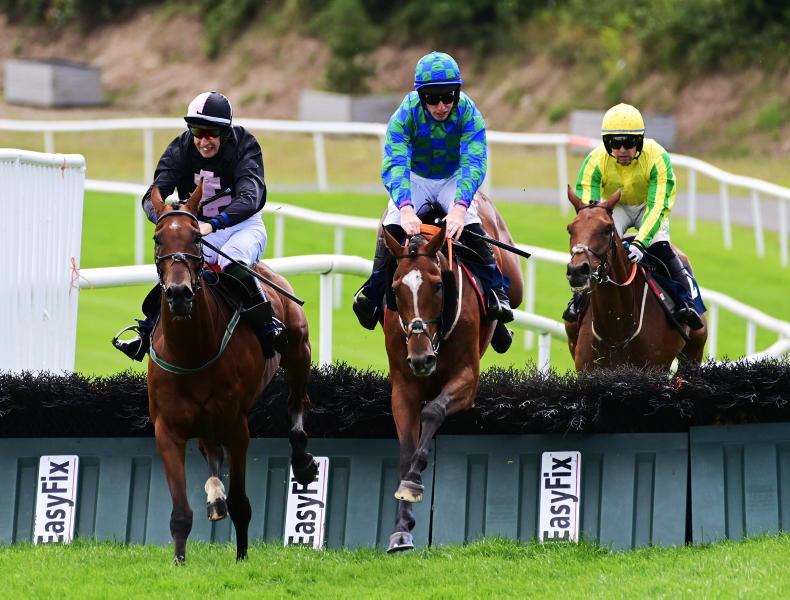 JOCKEY John Gerrard savoured victory on Fassbender in the Silk Plaster NI Handicap Hurdle at Downpatrick on his return from a long sabbatical.

Mark McNiff’s Fassbender (11/2) improved from rear to sixth at the final flight. He then stormed up the hill lead close home. He came in by a length and a half for owner John A. Doyle.

Gerrard said: “I was in England and didn’t really like it. I came back to Sligo and started a cleaning business seven or eight years ago, and kept building it up slowly. I’ve been riding out for Mark the last couple of years and I decided to go at it this year, I’m 31. It is 12 years since I last rode in a race. I had my first ride back in Roscommon last Monday.

“I’m back riding two lots in the morning before work and I ride five on a Saturday. Mark was telling me for the last year or two to go back and take out the amateur licence as he said I’m riding better than ever. It was unbelievable, some feeling!”

The 123-rated Ebasari set the standard in the opening Downpatrick Racecourse Family Day Hurdle and he returned from finishing unplaced in the Boodles Juvenile Handicap Hurdle at Cheltenham with a decisive success at 6/5.

The four-year-old gelding travelled well under Jack Kennedy and the pair strode away after the last to win by six and a half lengths for the Royal’s & Blue Syndicate.

Gordon Elliott said: “Jack went for this lad, he probably had the better form in the book. If you go back and have a look at it (Boodles), it wasn’t that disappointing, he never got into the race. It was a very, very messy race.

“We’ll have a bit of fun with him. We’ll mix and match on the flat and over jumps with him. He looks like he is well handicapped on the flat.

The 9/2 chance finished her race well to grab the spoils for trainer Nigel Slevin who said: “I think she has been second four times in the last year. Even one day there was a horse thrown out and she was third, and she ended up being second. Not winning out of turn. We were just afraid coming back quickly but we had to take a chance and come here.

“I’m delighted for the bunch of people that own her, they are from Portarlington (Seven Chasers Syndicate). In fairness, they were willing everywhere we wanted to go. They got their reward.”

Orr picked up a two-day suspension for excessive frequency with the whip.

Typical Thomas (20/1) justified James Fahey’s faith with victory in the Cosy Roof (C&G) Maiden Hurdle. Peter Smithers’ mount saw off Starzov by a length and a half on the run-in of this extended two-and-a-quarter-mile assignment for owner Heather Heffernan.

Fahey said: “He was bought to be sold. He let us down the first couple of runs, but at least he has shown what he can do.

“He actually won a schooling bumper very, very well one day. Maybe there is a customer for him somewhere.

“I actually told him (Smithers) ‘don’t go to the front on him’ because he can be a bit lairy, but there was nothing he could do as he was just running too keen with him.”

Montel is on the mark for Moore

NIALL Moore and Montel Glory teamed up to land the North Down Marquees Handicap Hurdle at 6/1 for owner James V. Ryan.

The Fame And Glory gelding made headway into second before two out and worked his way to the front approaching the last. He stayed on well to post a two-and-three-quarter-length victory.

Moore said: “It’s great to get one for Philip (Fenton, trainer). He was improving on every run and I always thought he was going to be something someday. His jumping has improved a lot and he is very slick now. You could (call him a winner a long way out).”

Paul Townend’s sole ride on the card was a winning one as 5/6 favourite Another Choice got the job done by two and a half lengths in the Finding Homes For Ex Racehorses Maiden Hurdle.

The jockey said: “I thought his run in Punchestown was very good and the winner that day has backed it up. He has jumped the first couple really well today, but I put it down to the track. From there, he hung and did everything wrong.

“I was looking for something to come outside me and give me a hand as much as anything. The last (hurdle) was the only one I was able to ride him to and he winged it. I think that is not his true running, he actually is a straightforward horse, I think.”

Rexem made all for a taking seven-and-a-half-length victory in the Great Outdoors INH Flat Race for owner Derek Kierans. Ben Harvey increased the lead with three furlongs to race and the duo kept up the gallop to reward favourite backers at 5/4.

John McConnell said: “We were very disappointed with getting beaten the first day here.

“His work has been really exceptional at home. He was a bit keen the last day so we decided we would make it on him. He’ll stay further. He’s a really good jumper as well so he is really one to look forward to.”