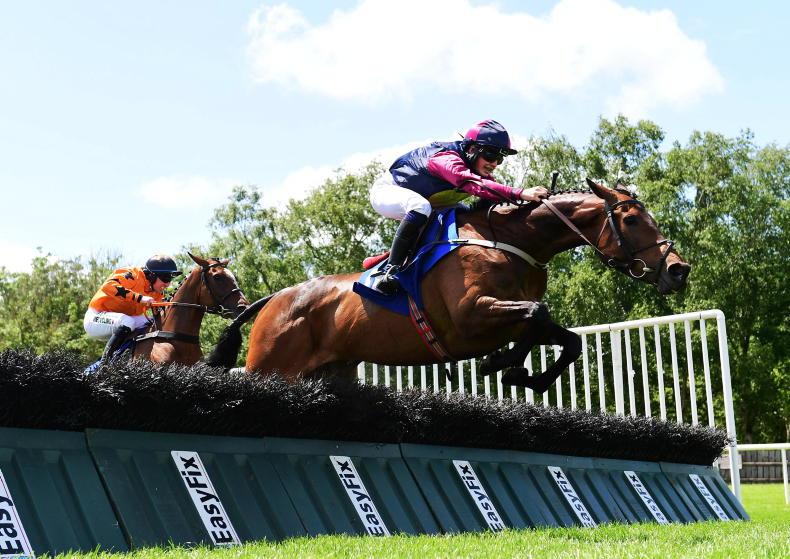 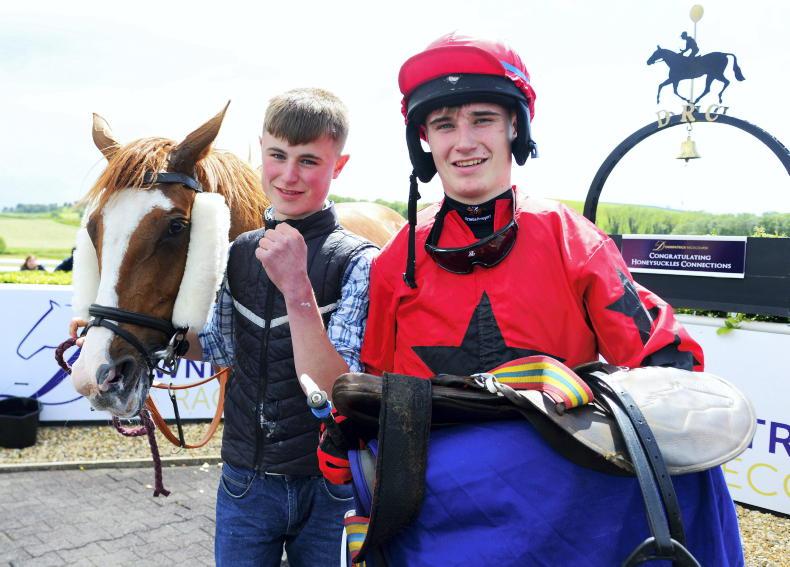 The son of deceased jockey Sean Cleary was seen to good effect on 9/2 shot Dani Barcelona who led after the fourth last and was pushed along on the run-in to assert by 10 lengths.

The jockey, sporting the colours of the W K & Marjorie McCarthy Partnership, said: “I’m over the moon! That was the only worry I really had coming out with her in that she can be very keen. As soon as she hit the front, she settled a bit better, so I just let her go. She jumped very well, I schooled her last week at home. It is great she came and did it at the track.

“The weight just got a bit too me (on the flat) so I decided I wanted to go jump racing. It was time to change and I’m very happy that I did. I always said I wanted to follow in my father’s footsteps. I wouldn’t be here today if it wasn’t for the staff in Willie’s.”

It was also a red-letter day for Andy Burke-Ott who secured his first racecourse victory on board Inchidaly Copper in the Congratulating Honeysuckle (QR) Handicap Hurdle.

After Henry de Bromhead’s star mare paraded in front of the crowd before the race named after her, Burke-Ott got a fine tune out of Inchidaly Copper. The 11/4 favourite kept on best to see off Porky Rush by three-quarters of a length at the end of an extended two miles, five furlongs for owner Owen M. O’Flynn.

Trainer Mick Winters said: “We had him for the banks race and the young man (Burke-Ott) broke his collarbone and he went back point-to-pointing. Andy is a good worker and a good, solid horseman. He’s gutsy and he puts his heart and soul into it. They won three point-to-points themselves with him. That’s his first track ride and first winner.”

Paul Flynn’s five-year-old gelding is now two from two over fences having won his beginners’ chase at this northern venue last month. The readily went on along the run-in to deliver by five and a half lengths for Miss A Carney.

Flynn said: “The young lad gave him a great ride. He came down to school and ride out and I thought he rode well. He has ridden plenty on the flat and rides out for Brendan Duke.

“He gave a great round of jumping and hopefully he can go on to Tipperary now. He’s definitely a better chaser than he was a hurdler.”

FIRST-time cheekpieces did the trick on Peckham Springs in the Steel Lintels Opportunity Handicap Hurdle. Paddy O’Hanlon’s mount moved clear of his rivals before the last and strode away by seven lengths at 13/2 for the First Past The Post Club.

“He did it well in first-time cheekpieces. I think that is the first time he has travelled. He would run in snatches and drop himself out when it suits him. Maybe the cheekpieces lit him up a bit,” trainer Dermot McLoughlin said.

Gordon Elliott’s Quantum Realm came out on the right side of a battle with Gateau De Miel in the Joe Rea Memorial Opportunity Beginners’ Chase. The 11/2 shot took over from his rival inside the final 150 yards and fended him off by half a length with Shane Fitzgerald doing the steering.

Stable representative Lisa O’Neill said: “Shane was delighted with the way he jumped around there and he battled well up to the finish post.

He ran in a handicap the last day so back down into beginners’ company definitely stood to him.

“He’s a nice individual and Ray Stokes, the owner, is very lucky, he has some really nice horses.”

GETAWAY Goldie brought up a double for Gordon Elliott in the Tote Jackpot Is Back Handicap Chase over an extended two miles, seven furlongs. A patient race was ridden by Conor McNamara on the 9/2 joint-favourite who worked her way to the front on the run-in. The Getaway mare went on by three lengths at the winning post for the Royals, Lillies and Blues Partnership.

Lisa O’Neill said: “She seems to be progressing in the right direction, she’s after winning a handicap hurdle (in Perth) and a chase. She seems to really like the nice bit of ground as well. He (McNamara) said that they went hard early on and he was happy to slot in. She jumped the last well and he was confident coming to the line that he had it.”

Howaya C D And E served up a 12/1 surprise in the bumper. She was strong in the final furlong for Joey Dunne in drawing six lengths clear of 5/4 favourite What Path.

Trainer Gerry Keane said: “She didn’t run until she was seven. We had her dam who was a very good mare and she was the same, she was slow to start. Her mother (Howaya Pet) was fourth in the Irish National, and she won seven on the track for us and four point-to-points. She has bred a lot of winners as well.

“The owner (Steven Vaughan) is with me since I started and he’d never interfere with you. If one runs bad, there is never a long face and if one wins there is great excitement.”