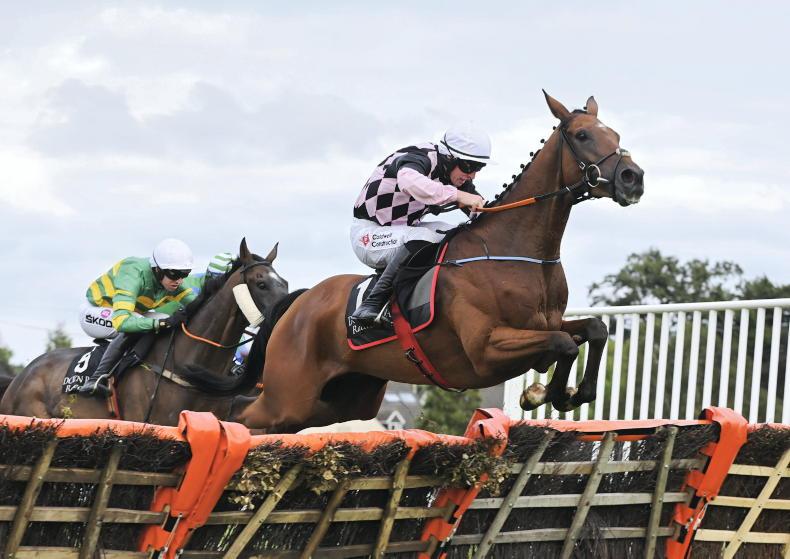 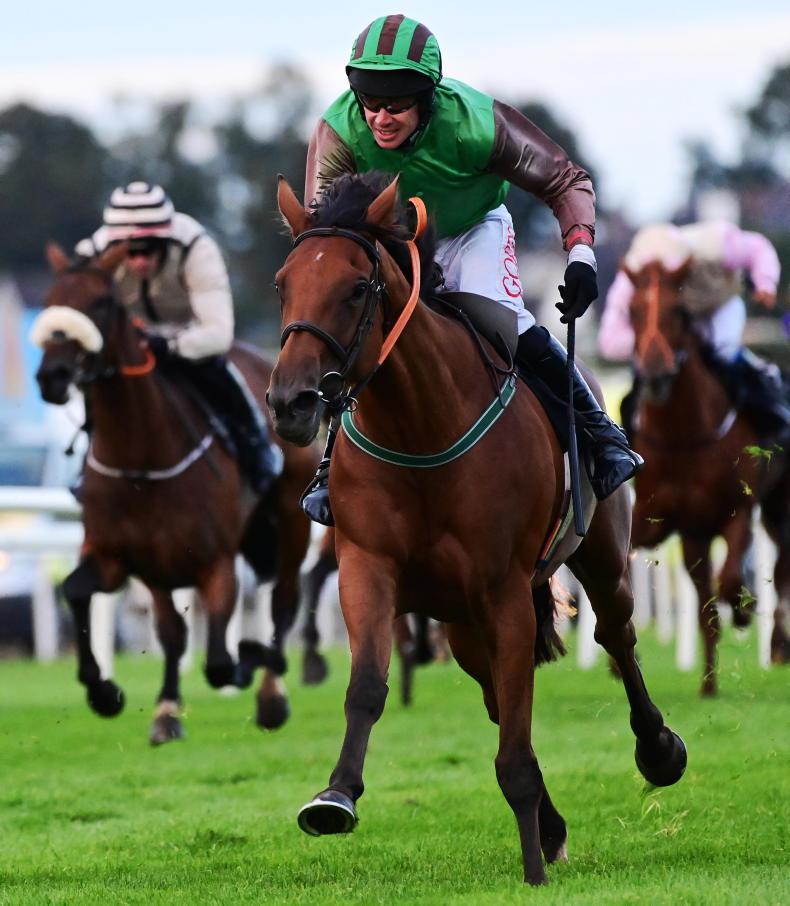 SALVADOR Ziggy held on in the featured Linden Foods Hurdle at Down Royal to give Gordon Elliott a brace of winners on the card.

The six-year-old gelding is now four from four for owner William Hurley since switching to Elliott’s stable.

The main drama occurred at the second-last flight in this three-mile contest. Home By The Lee ran out there after finding himself short of room down the inside of Elliott’s Duffle Coat. Duffle Coat soon gave best at the head of affairs as 2/1 favourite Salvador Ziggy and Jack Kennedy took it up before holding a charging Off You Go by a short head.

Elliott said: “I thought it was a good performance by Jack’s horse again. He just does what he has to do when he gets there. He has his ears pricked after the race.”

Elliott also took the opening Hovis 3-Y-O Hurdle through 6/4 favourite The Insider who had Davy Russell in the plate.

The field was reduced to nine runners at the first as Nelly Murphy fell and badly hampered Deluca Chop who unseated Kevin Sexton.

The Insider was always in touch and took over at the penultimate hurdle. He was kept up to his work by Russell on the run-in to oblige by two and a quarter lengths for owners Kenny Haughey, Laura Haughey and Kieran T. Byrne.

“He is two from two over hurdles and I think he is well handicapped on the flat. I’d imagine he would head to the flat now. I wouldn’t be sure if he would be good enough to win one of those graded races. I’d say that could be his level,” Elliott said.

The 7/4 favourite raced second behind clear leader Annaparnell then took closer order before four out. She led before the next and scooted right away on the run-in for Denis O’Regan to hit the line seven and a half lengths clear for T.A. Keane.

The trainer said: “We gave her a break after Galway and I was hoping that would bring her forward which it did.

“She might come back here in a week’s time for the handicap over two miles on the flat. She’ll do both (hurdles and flat).”

Matthew Smith’s One Cool Poet bounced right back to form under a patient ride from Bryan Cooper in the Pilgrims Handicap Hurdle over an extended two miles.

The 10-year-old gelding raced in rear and made good headway through the field to pick up the lead before the last. He drew six lengths clear on the run-in to score at 12/1.

Cooper, in the DRFG Partnership colours, said: “He was like a five-furlong sprinter, a bull on the way to the start. He (Matthew Smith) said he barely get the trip so I’ll leave it in your hands and ride for luck. He has a lot of speed so I knew if he got half a gap he would get through it.”

CHAMPELLA and Tom Harney prevailed in an incident-packed Walkers Maiden Hurdle over two and a half miles.

The Champs Elysees filly looked booked for a place at best upon touching down after the last; however, Finnthemagician was bumped by Evenwood Sonofagun and fell on the run-in.

Ross O’Sullivan’s Champella soon grabbed the lead and she forged on to win by two and a quarter lengths at 100/30 for the Sarsfields Racing Syndicate.

Shark Hanlon’s Dicebox was easy to back at 10/1 for the Kerry Foods Handicap Hurdle but he battled well for a neck victory under Jordan Gainford.

Gainford, sporting the Multi Nationals Syndicate silks, said: “He likes good ground. He was a little bit slow at the first, but got into a lovely rhythm.”

The jockey picked up a one-day ban for careless riding as his mount bumped runner-up Lily Light Foot between the final two flights. He was also given three days for use of the whip.

Derek O’Connor’s mount unleashed her challenge in the final furlong and collared front-running Cash The Cheque in the final strides to score by a short head at 13/2.