Amazing Show got the ball rolling for Colin Keane's four-timer 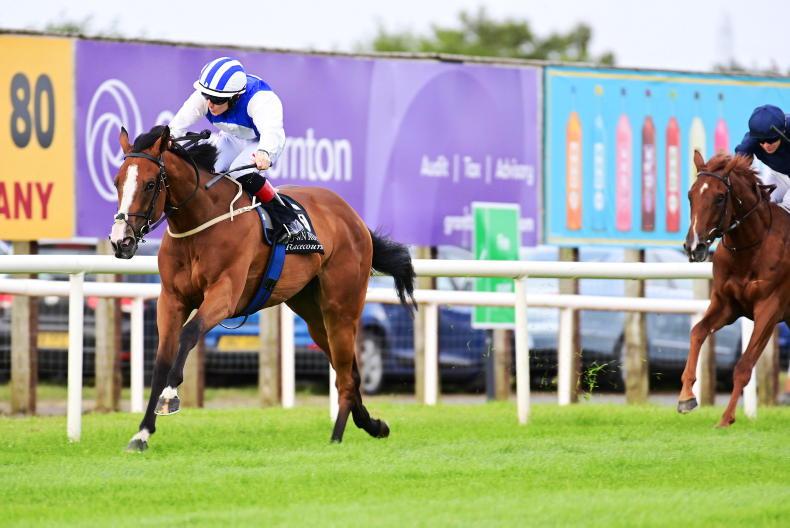 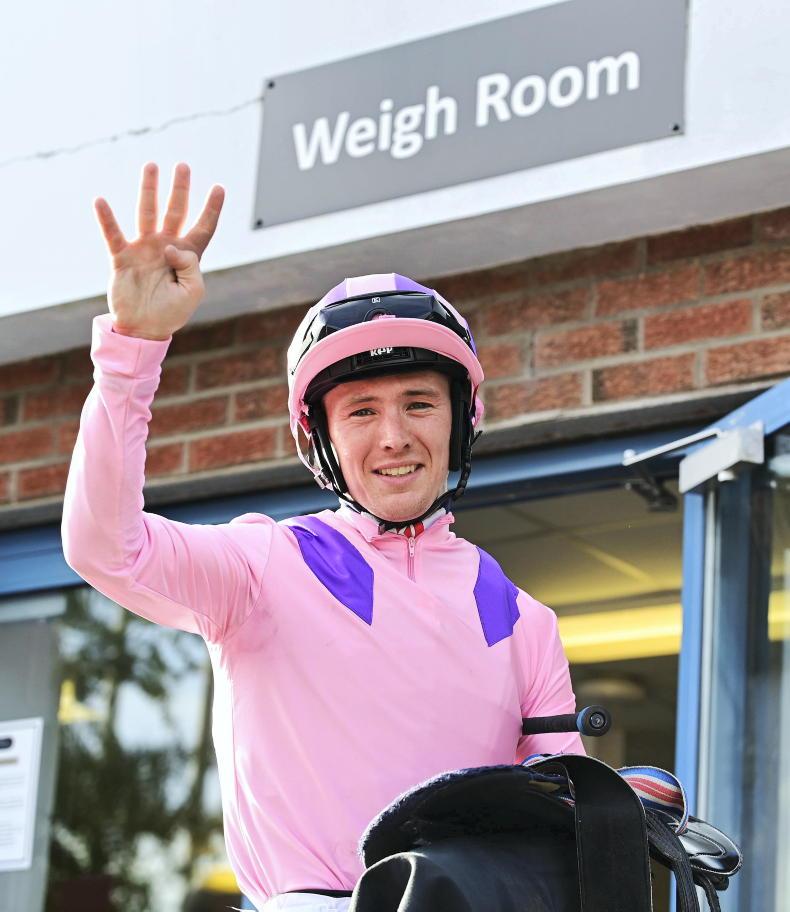 Four wins for Colin Keane at Down Royal \ Healy Racing 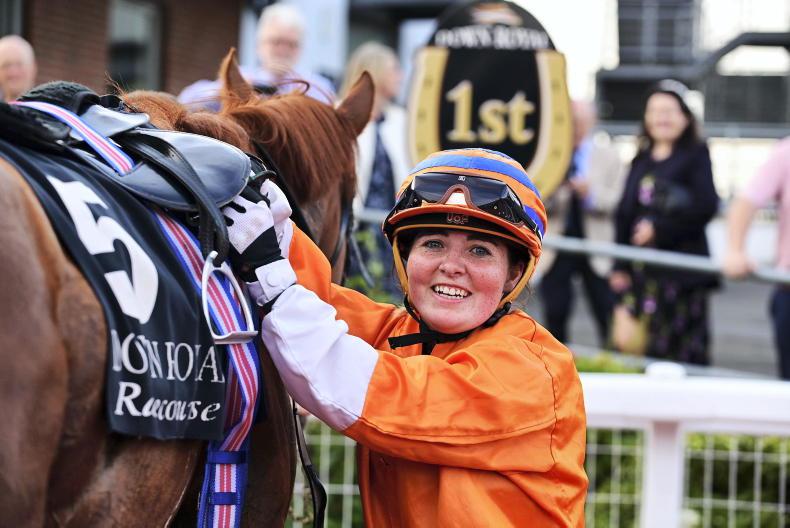 COLIN Keane was in flying form at Down Royal as he booted home the first four winners on the card, two of which came for his boss Ger Lyons.

Amazing Show got the ball rolling in the opening Irish Stallion Farms EBF Maiden for juveniles. The 3/1 joint-favourite was strong at the business end of this seven-furlong contest as she galloped in by one and three-quarter lengths having been prominent throughout in the Stall Perlen AB colours.

Assistant trainer Shane Lyons said: “She was very smart today, smart out and got a lovely lead off Wayne’s horse (Lordan on St Kitts). As soon as he asked her to go on, she looked at the big screen and looked at the crowds so there is still a lot of improvement to come.

All our fillies are all about blacktype. She is one of a couple of horses we still have in the Goffs Million (at the Curragh). I presume that is where she might go.”

Lyons and Keane combined with Hazy Mehmory to land the Irish Stallion Farms EBF Median Auction Maiden for John Kalmanson. The 11/5 favourite increased her advantage in the final furlong and swept home by three and three-quarter lengths.

Shane Lyons said: “She’ll get further, she is crying out for that trip (extended 10 furlongs). She’ll get a mile and four whether it is this year or next year, but she will definitely stay on the team next year for the Kalmansons (owners). They are a South African-based brother and sister and they joined us in the last few years and are lovely, lovely people. They leave it to us.

“That is as quick a ground as she wants. Colin gave her a lovely confident ride. He is top-class and the confidence goes through to fillies like that.

FINE Distraction made the breakthrough at the 31st time of asking in the Join Racing TV Now Handicap over the flying five furlongs. The four-year-old gelding was always to the fore under Keane, but was strongly pressed by Aloysius Lilius deep inside the final furlong.

The 7/2 chance held on by a short head under a Keane drive for the Daltt Syndicate.

Trainer Liam McAteer said: “Great to get him off the mark. I bought him last October and let him out in the paddock for six months. Colin rode him in Bellewstown and he said ‘if I was you, in my opinion, drop that horse back to six or even five (furlongs) because he has enough pace for that’.”

The four-timer was completed aboard Jack Davison’s Massaman in the ASG & Partners Handicap over an extended mile and a quarter.

The 9/4 favourite made good progress between the two pole and the final furlong before hitting the front with 150 yards to race.

He kept on well to oblige by half a length for the JPD Partnership.

“Some ride, but he had a willing accomplice. I would say that is probably his best trip. For a big horse, he is not by any means slow,” Davison said.

“He’s very versatile and that is his ground. He’s actually in the Newmarket August Sale but I’d love to keep him in the yard. He’s a very genuine, honest horse and there’s a big pot in him.

“I have one eye on the Red God at Dundalk. He should get in there off a reasonable weight.”

Perotan working through the grades

THE feature on the card was the €40,000 Her Majesty’s Plate, a staying test over an extended mile and five furlongs. The complexion of the race changed when Master Of Reality, who had won the last two renewals, and Licence were withdrawn due to the quick ground.

Aidan O’Brien’s Perotan was backed down to 2/1 favourite and made it two from two with a professional display.

The Churchill filly devoured the ground in the final furlong to draw two and three-quarter lengths clear under Wayne Lordan in the Masaaki Matsushima, Coolmore and Westerberg silks.

“Aidan and the team always held her in high regard. They gave her all the time to fill her frame. We are reaping the rewards now. She has a very good pedigree and the sire is on fire. We’ll step her up now and let her work through the grades.”

Five Zeros (100/30) was game for Amy Jo Hayes in the extended 12-furlong Craft Event Co. Apprentice Handicap. The front-running pair faced strong challenges from both Storm Steps and Dinamine, and were all out to win by a nose from the latter.

Trainer Nigel Slevin led the horse up for his brother, owner Rory Slevin. Their sister, Frances, said: “Amy gave her a peach. She was stepping up (in trip) so we are delighted. She sticks it out. My son, Camillus, rides her out every day.”

The action concluded when Starlight Rose came with a rattle on the outer to grab the Owners Information Evening Handicap by a neck in the final strides. Wesley Joyce’s mount really surged home to spring a 25/1 shock for the Euphoria Syndicate.

Trainer Tommy Dowling said: “It was super, in fairness she stays well. We’ve only had her a couple of weeks. We worked her a couple of times and she showed us that she gallops all the way to the line.

“She’s done it now and she will get a great deal of confidence. Whatever she does on the flat will only be a bonus to what she will do over a hurdle. She is very, very good at jumping.”