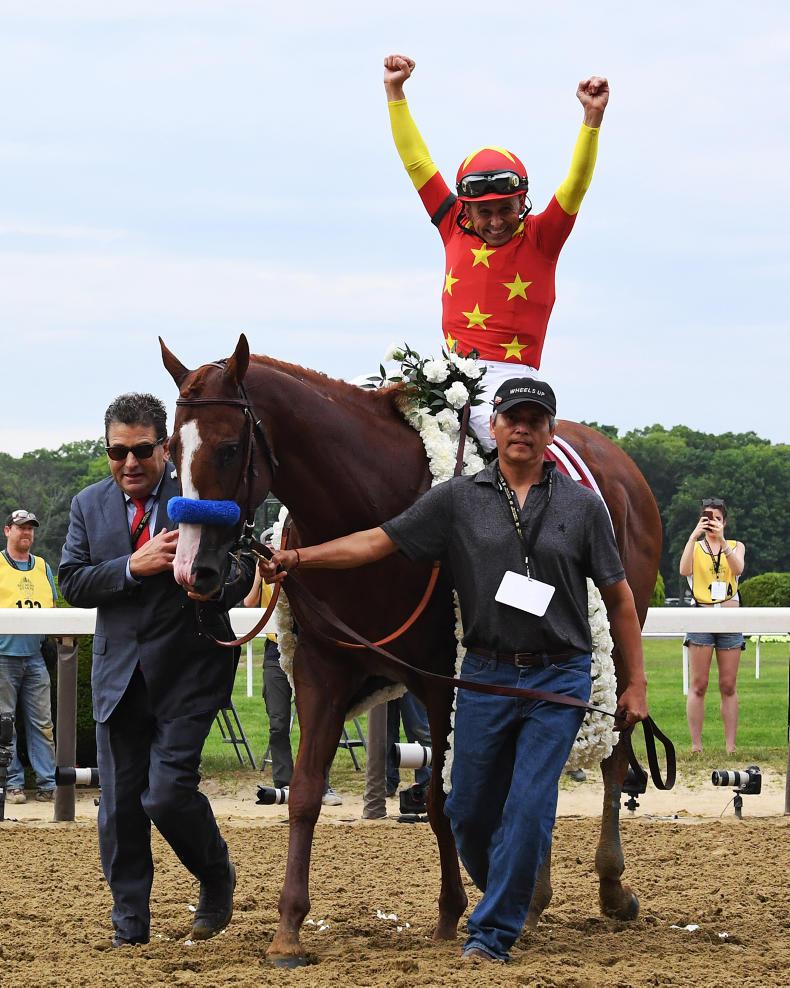 JUSTIFY put up another superb performance under Mike Smith to win the Belmont Stakes at Belmont Park last Saturday night, and gain his place in history.

The 13th winner of the American Triple Crown. The Bob Baffert-trained colt was the first to do it without having run as a juvenile and, less significantly perhaps, he was also the first to complete the Triple Crown with his rider sporting a different set of colours (China Horse Club’s) to the set that he had worn (WinStar Farm’s) in the first two legs.

It is understandable that there have been lots of comparisons made between the American Triple Crown and the British Triple Crown. After one leg of each this year, there was big talk of both on both continents. In that context, it is a real pity that Saxon Warrior didn’t win the Derby. There was a momentum building behind Aidan O’Brien’s horse that would surely have reached something of a crescendo by the time the St Leger rolled around in September.

Those 13 American Triple Crowns have all been completed in the last 100 years, since 1919. In the same time in Britain, there have been just two: Bahram and Nijinsky. Although if you go back four years, you get three more. So five since 1915. But still none since 1970.

That said, the Triple Crown is still massive. There was talk of changing it, to be more reflective of the ‘modern’ era. Shorter space between races, shorter distances. More like the American one. The Guineas, the Derby and the Eclipse, for example.

The Triple Crown is so important, not only because it is so difficult to complete, but also because it has been in place for so long. You can’t change the goalposts just because it looks like you can’t score. You can’t change history. Camelot went mighty close to winning it in 2012, and you can be sure that if the odds-on favourite had won the Derby this year, there would be no talk of change. The talk would be of Saxon Warrior’s prospects of completing it. The American Triple Crown went un-won for a while too. There were 37 years between Affirmed and American Pharoah. If it was easy, it wouldn’t be an extraordinary achievement. 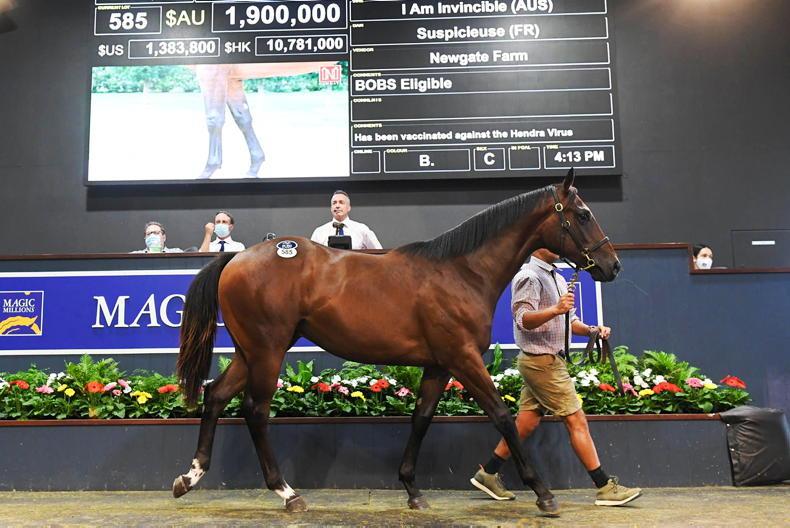 Stuart McCormick
AUSTRALIA: Bowditch declares Magic Millions sale a ‘boomer’
With three sessions complete, the Magic Millions Gold Coast Yearling Salegot off to a cracking pace with the average, median price and clearance rate all substantially up on 2021's results 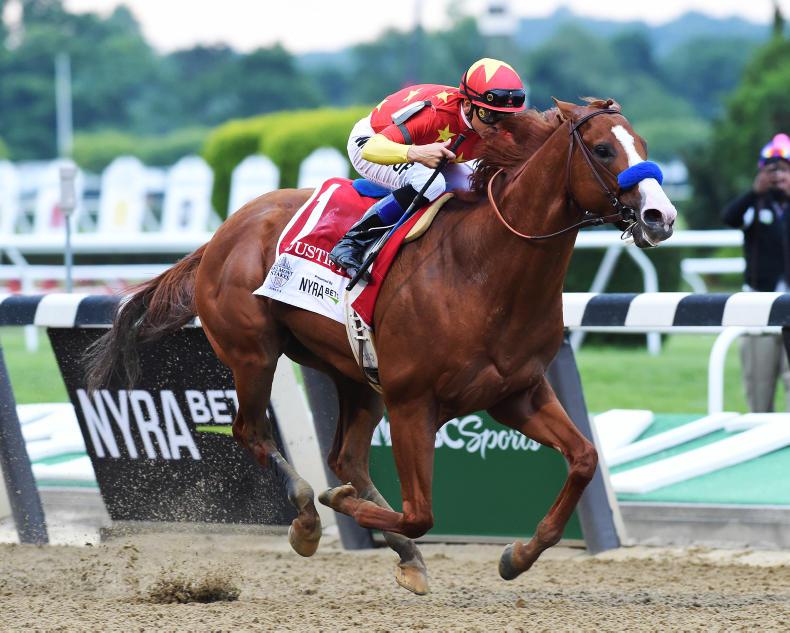 NEWS: Officials 'Justify' decision not to chuck winner out
The 2018 Triple Crown winner failed a drug test before the Kentucky Derby but no charges were ever brought 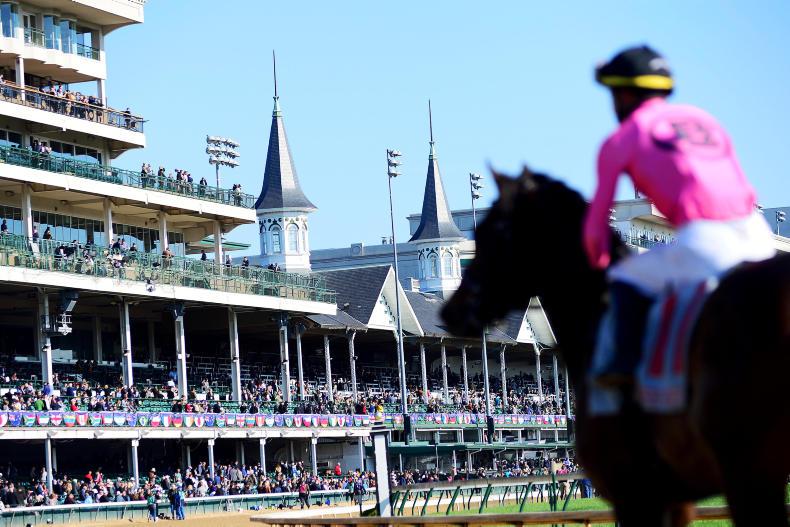 AMERICAN: All aboard the road to Kentucky
Sean Clancy looks the three-year cast warming up for their classic season 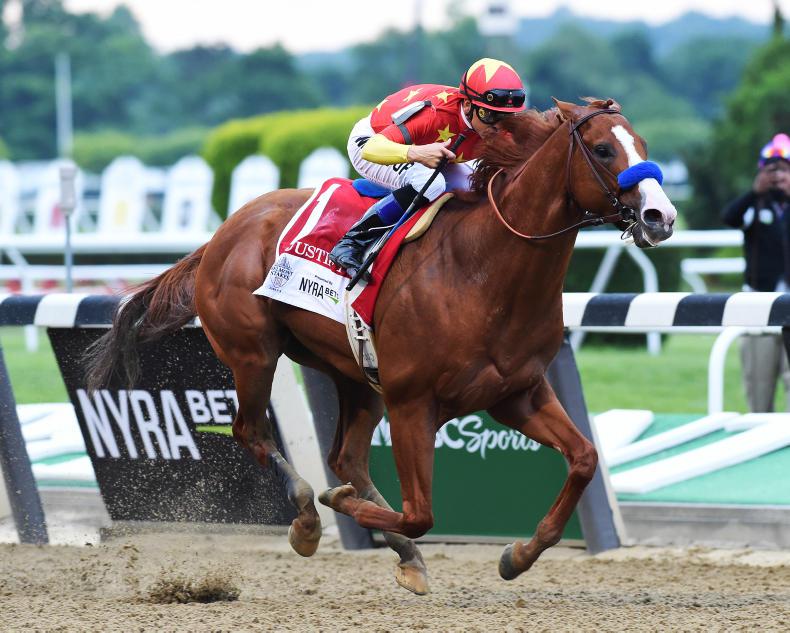