Just one final step...
You must confirm your email address by clicking on the link we’ve sent to your email address.
You are only one short step away from reading 5 free Field+ articles.
'Difficult night' as fire hits Osborne's Lambourn yard

'Difficult night' as fire hits Osborne's Lambourn yard
By Irish Field Contributor on 08 June 2019
The fire broke out around 4am, but thankfully nobody was hurt in the blaze and all of the horses were also unscathed

JAMIE Osborne reflected on a “difficult night” after a fire broke out at his yard in the early hours of Saturday.

The former leading National Hunt jockey turned flat trainer is based at The Old Malthouse in Upper Lambourn, from where he has sent out multiple Royal Ascot winners and trained the top-class Toast Of New York, who famously came within a nose of winning the 2014 Breeders’ Cup Classic.

Osborne is pleased to report nobody was hurt in the blaze, and all of his horses were also unscathed.

He said: “It’s been a difficult night. The fire was in a staff house, which is surrounded by 10 stables. Thankfully nobody was hurt – we managed to get all those horses out safely, and the fire didn’t get to the main stables.

“This all happened at 4am, and I have no idea what caused it at this stage.”

Osborne is due to send out five runners across the meetings at Chelmsford, Newmarket and Lingfield on Saturday and has revealed some of those horses were in the stables closest to the fire before being rescued.

“Some of the horses in those 10 stables run today,” he added. “Obviously they’ve had a bit of a trauma, and there was some smoke there, but they seem fine and I’m not overly worried that it will affect their performance.

“We have lost a tack room, unfortunately. I managed to get in there and save the colours for the horses that are running today, but I’ve no idea what we’re going to do next week – we’ve lost a lot of kit.” 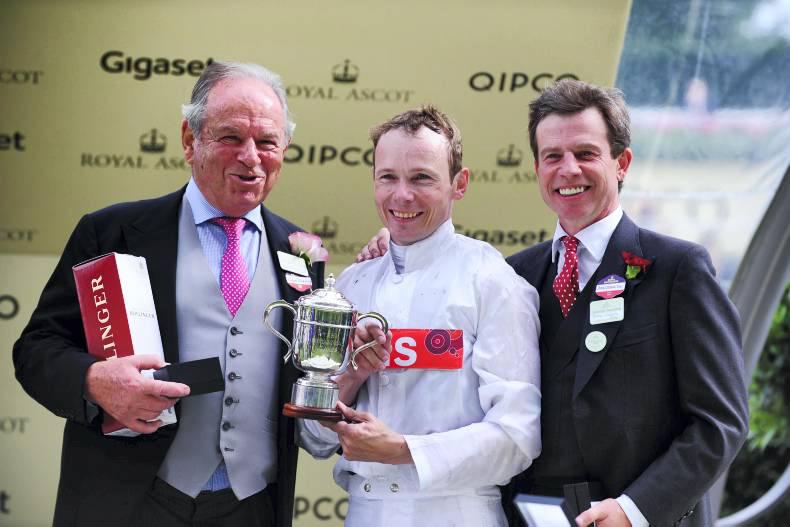