But this could be the year of the dark horse, says British handicapper 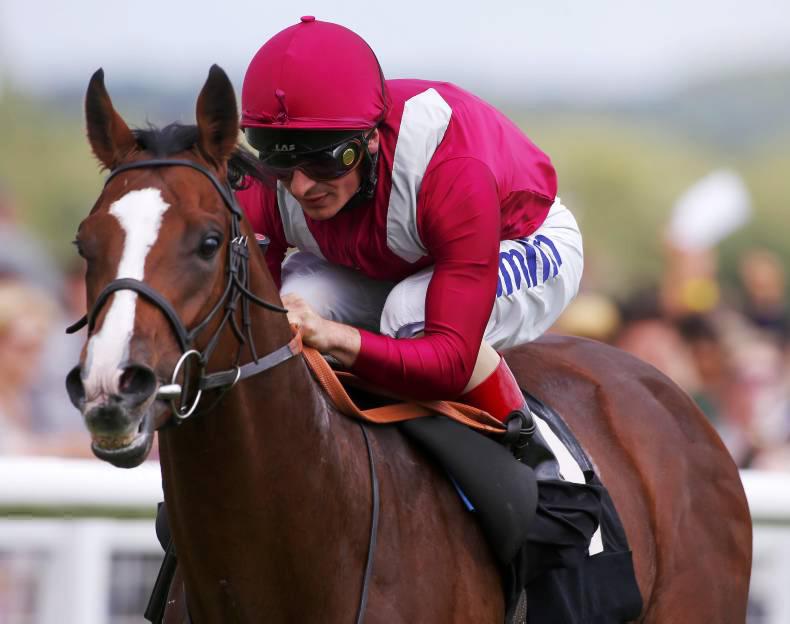 Belardo, trained by Roger Varian, has been unveiled as the champion European two-year-old of 2014.

However, the Dewhurst Stakes winner still has plenty to prove as his rating of 119 is the joint-lowest for a juvenile champion since the Classification began. He shares this position with the 2011 top-rated pair of Camelot and Dabirsim and the indications are that the class of 2014 hierarchy is far from established.

While a single outstanding candidate is yet to reveal themself, there is significant strength-in-depth in the rankings with 15 horses rated at 115 or above – the highest total since 2009.

The highest ever rating in the European two-year-old Classification is 130 allocated to Arazi in 1991 and to Celtic Swing three years later. In the last decade the highest figures awarded have been the 126 ratings given to Frankel, Dream Ahead and New Approach.

Matthew Tester, the BHA Senior Handicapper responsible for two-year-olds, said: "Belardo had been twice beaten in group races before his Dewhurst win which was on much softer ground than most of his rivals had experienced. His previous start saw him finish fourth to Estidhkaar who could, in turn, only finish fourth to him in the Dewhurst.

“Maybe Belardo simply needs soft ground to produce his best, but his rating reflects our caution about the race. If the Guineas is run on soft ground then we hope that he will impress again. A year ago we rated the same trainer’s Kingston Hill a pound higher at 120 and he went on to finish second in the Derby before winning the St Leger.

“The fact that they bet at 10/1 the field for the 2000 Guineas tells you that we have not yet had an outstanding candidate reveal themself. Four pounds covers the first 15 horses in the Classification.”

Second in the Classification is Charming Thought at 118 for his narrow win in the Middle Park Stakes over previously unbeaten Ivawood at 117. Elm Park has also been allocated a 117 rating following his group successes in the Royal Lodge Stakes and then the Racing Post Trophy.

Matthew Tester added: "Both Charming Thought and Elm Park improved with every run. Charming Thought seems to have plenty of speed and I am not certain that he will be as effective over a mile. Elm Park travelled much better during the race at Doncaster than he had at Newmarket. He certainly improved; but my impression was also that the flatter track at Doncaster allowed him to get more quickly into his rhythm.

“The unbeaten Limato at 115 looked very classy in winning all of his four starts. On his last start he was always travelling well at Redcar to beat Mattmu (111) who won a Group 2 in France afterwards. I am pretty sure that Limato will stick to sprinting and he showed an excellent cruising speed.

“With no colt yet having shown themselves to be exceptional, it means that 2015 could be the year of the dark horse.”

The highest rated two-year-old trained in Ireland is Gleneagles at 116. The highest French-trained two-year-olds are Full Mast and Territories each on 114. ll three horses met at Longchamp when Gleneagles was disqualified from first place after hampering the other two. Gleneagles had already recorded his 116 rating when winning Ireland’s Group 1 National Stakes.

It was a stronger year for the fillies with both Tiggy Wiggy and Found being awarded the figure of 117. No filly has been rated higher than that since Rainbow View’s 118 in 2008. Zarkava was champion filly at 119 in 2007 with the same figure as Finsceal Beo the year before.

Anthem Alexander is third best filly at 114. Having beaten Tiggy Wiggy at Royal Ascot, she was twice behind when they met subsequently.

On the fillies Matthew Tester said: "Tiggy Wiggy’s win at Newbury in the Super Sprint was, for me, the 'wow' performance of the year. She won by six lengths whilst giving weight away to every opponent. She looks so speedy. It would be great if she stays a mile but that is far from certain. If that doesn’t happen then she might take on Charming Thought and Limato in the new Group 1 sprint at Royal Ascot, the Commonwealth Cup. I would pay good money to see that.

“Found looked brilliant when winning the Marcel Boussac. She was stopped in her run but still quickened up again to pull clear in the finish. She is beautifully bred being the daughter of Red Evie whose nine wins included the Group 1 Lockinge Stakes. The sky is the limit for her and she is a worthy favourite for the 1000 Guineas. ”

There is a 20-page Champions 2014 pullout in The Irish Field next Saturday, which features all the racehorse rankings and commentary from Kevin Blake. It also includes the the 2014 leading European stallion tables, average prices achieved by stallions at the major foal and yearling sales, plus commentary from Dr Sieglinde McGee.