Just one final step...
You must confirm your email address by clicking on the link we’ve sent to your email address.
You are only one short step away from reading 5 free Field+ articles.
DAWN RUN - A Piece of Cheltenham history

DAWN RUN - A Piece of Cheltenham history
By Irish Field Contributor on 26 February 2016
On the 30th anniversary of Dawn Run's historic Gold Cup win, Guy Williams recalls the moments when all of Ireland watched as "the mare" began to get up.....

Prestbury Park, Thursday, 13 March 1986 - were you there? Well, if not in person then in spirit, perhaps via television, thereby witnessing racing history being made? Oh, you’re too young, maybe still unborn all of 30 years ago. No matter, it has become part of your racing DNA. That was the day Dawn Run re-wrote National Hunt history, becoming the first - and so far the only - animal ever to complete the Champion Hurdle - Gold Cup double, a racing immortal.

If poetry is ‘emotion recollected in tranquillity,’ to quote the arch-poet W.B. Yeats, his definition surely applies to that 1986 Cheltenham Gold Cup.

Successful on her chasing debut at Navan in November 1984, Dawn Run had sustained an injury that kept her off the course for more than 12 months. Paddy Mullins nursed her back to racing fitness to such effect that she ran away with the Durkan Chase at Punchestown on her reappearance in December 1985.

She confirmed her rehabilitation when slamming Buck House at the Leopardstown Christmas meeting. Perhaps Mrs Hill’s prediction that Dawn Run could do what no horse had ever done was not so fanciful after all.

The Holstein Distributors Chase at Cheltenham on January 25th was chosen as Dawn Run’s dress rehearsal for the 1986 Cheltenham Gold Cup, for which the mare went off odds-on to extend her unbeaten chasing sequence under Tony Mullins, the only one of her trainer’s four sons light enough to have turned professional.

Setting off in front as she invariably did when ridden by Tony, the big mare made a nonsense of the fifth last, unseating her hapless rider. The image of Tony vaulting back into the saddle from the mare’s off side remains indelible, even 30 years on.

Just how much that misfortune meant to a country then plunged into economic recession became apparent on the flight back to Ireland. The captain announced that all on board could now unfasten their seatbelts, “except Tony Mullins!”

The humour was lost on Mrs Hill. As she had in two previous instances, Mrs Hill informed Paddy Mullins that another, top-class jockey should take the mount in the Gold Cup.

Record-breaking champion jockey Jonjo O’Neill had replaced Tony when the mare won the Champion Hurdle. He was the obvious choice.

Summoned over to ride the mare in a solo schooling session at Gowran Park, Jonjo was unimpressed. “At the end of that I didn’t think she should be running in the Gold Cup, let alone be favourite to win it. She did jump the last fence of that schooling run well but one out of 14 isn’t exactly encouraging.”

A further attempt at Punchestown - just a week before D Day - was somewhat more reassuring. “This time Tony Mullins rode another horse round with me and Dawn Run did everything I asked her to do, which I didn’t think was possible after Gowran Park. So that raised our hopes, though there had to be worries about how she would go about her work on the day.”

When Buck House won the Queen Mother Champion Chase, beating the best two-milers in both islands, 24 hours earlier, Dawn Run’s place at the head of the Gold Cup market became copper-fastened. What matter that ‘the mare’ was tasked with making history, hadn’t Paddy Mullins been working the oracle with his horses for years? Merlin had nothing on Mullins!

Determined to give the mare a clear view of her fences, Jonjo set out to make all, only to be harried every stride of the way by Steve Smith-Eccles on Run And Skip.

Encountering a water jump for only the second time, Dawn Run dropped her hind legs in it, raising a curtain of spray. When she misjudged the fifth last once again even her most fervent supporters began to fear the worst, as both Forgive’n Forget and Wayward Lad threw down their challenges. A good jump at the second last put Dawn Run back in contention.

Even so, when Wayward Lad leaped the last with his customary precision and Forgive’n Forget still threatened, second or third was the best the mare could finish.

The 42,000-strong crowd held its collective breath as the drama played out. Halfway up that pitiless hill Wayward Lad wavered, his stamina reserves exhausted. Only when Sir Peter O’Sullevan, prince of commentators, uttered those deathless words. “The mare is beginning to get up!” did the crowd give vent to pent-up emotion. As Dawn Run passed the post a length to the good, a barrage of hats hurtled skywards.

Let Jonjo be the one to recollect that emotion in tranquillity. “Halfway through the run to the last fence she seemed beat. But I let her get her own feet and she jumped it well. She’s a moody old devil, and neither me nor anyone else could get her to do something if she didn’t want to. She wasn’t absolutely knackered. She was taking a breather, saying, ‘I’m going fast enough here.’”

After Wayward Lad went two or three lengths he began to hang across in front of me towards the rails. I realised he was tired and so did she. So we both got stuck in together.”

By the time Mrs Hill, with her son and co-owner Oliver, led Dawn Run back into the winner’s enclosure all hell broke loose. Willie Mullins, who knew just what ‘a moody old devil’ she could be, walked behind her, arms stretched in an effort to prevent well-wishers getting their heads kicked off.

The over-excited, riotous throng broke through the security cordon surrounding the winner’s enclosure. As Jonjo removed his saddle and attempted to make his way to the weigh-room he had to fight his way through a swarm of souvenir hunters, hell-bent on seizing any item of his equipment.

Quick to respond to a threatening crisis with all its implications should Jonjo fail to draw the weight, senior Stewards’ Secretary, Col Dick Bromley-Gardner grabbed his as yet unlicensed understudy. “Get in there quickly and tell the Clerk of the Scales that if O’Neill arrives in there bollock-naked, I said he is to pass him!” A cool head in an emergency, was Dick, God bless him.

The frenzy renewed when Jonjo emerged for the presentation ceremony, presided over by HM the Queen Mother. Her Majesty seemed in real danger of being embraced by eager Irishmen; not out of disrespect, you understand - merely the euphoria of that unforgettable occasion. The excitement reached fever pitch as Jonjo hoisted Tony Mullins shoulder-high in tribute to Tony’s role in making Dawn Run into the champion she had now become under both codes.

Only when some degree of decorum had been restored did Her Majesty – safely back in the royal box - remark the absence of the mastermind behind this piece of racing history.

Maureen Mullins received a royal command to fetch her husband, Paddy. Maureen had no need to search. She found her shy, undemonstrative husband of over 30 years in the stable yard, struggling with his emotions while ostensibly overseeing his beloved mare.

Paddy had produced Dawn Run to win the Champion Hurdle and then to make history by winning the Gold Cup, yet each time Mrs Hill had exercised her owner’s prerogative to ‘jock off’ his son Tony. That Paddy found hard to bear. Triumph had a bittersweet tang. Did that inscrutable man foresee what lay in store?

Despite her energy-sapping Gold Cup heroics, Dawn Run went to Aintree, where she galloped straight through the first fence, giving Jonjo no chance. Reunited with Tony for a £25,000 match against Buck House at Punchestown, the mare once again confirmed her superiority, though not until Tony had the wit to put down his whip.

Then, flying in the face of all that seemed either fair or reasonable, Mrs Hill insisted Dawn Run attempt to win a second French Champion Hurdle.

Deaf to all protestations, blind to editor Valentine’s Lamb’s front-page appeal in The Irish Field, Mrs Hill exercised her owner’s right. Tony got off the mare after her second in the Prix La Barka saying she would not reverse placings with easy winner, Le Rheusois. Mrs Hill sought a jockey with a positive outlook, second prize money was too much to forego.

Standing too far off the fifth-last flight, the big mare paid the ultimate penalty, breaking her neck. Le Rheusois went on to vindicate Tony Mullins.

Winner of 21 of her 35 career starts, Dawn Run had won a record National Hunt total of £269,083. Inevitably pressed for comment, Paddy Mullins silenced his tormentors in five words: “That mare was my life”. 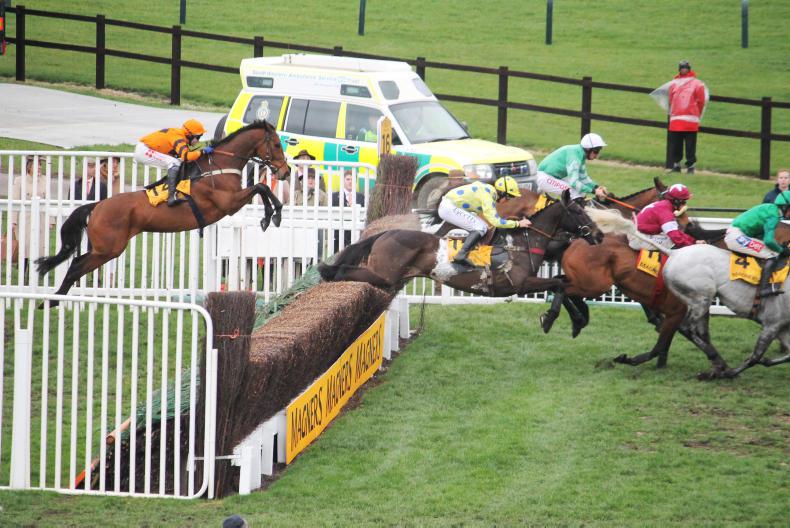 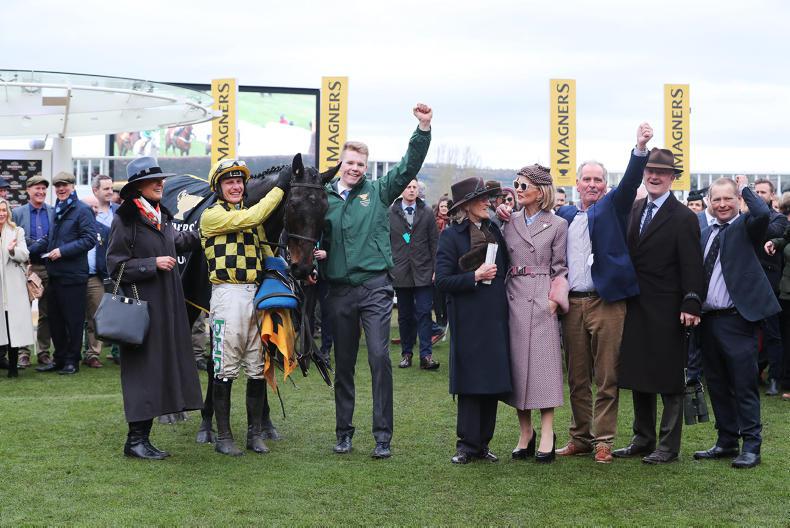 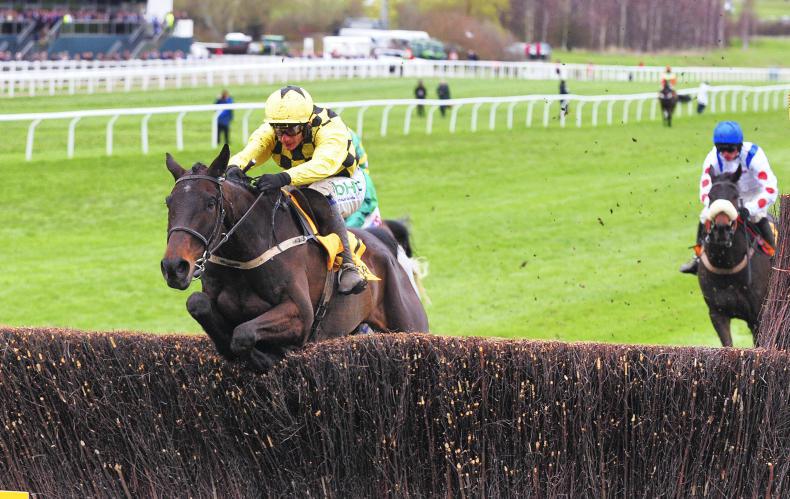