Just one final step...
You must confirm your email address by clicking on the link we’ve sent to your email address.
You are only one short step away from reading 5 free Field+ articles.
Curragh options for Denis Hogan sprinters

Curragh options for Denis Hogan sprinters
By Irish Field Contributor on 13 July 2020
The Co Tipperary trainer could run Make A Challenge next weekend, while Sceptical is being targeted at several big races

A trip to York for the Nunthorpe on August 21st is the next major target for Sceptical following another excellent effort in defeat in Saturday’s Darley July July Cup.

Denis Hogan’s four-year-old has made remarkable progress since opening his account at Dundalk in November – going on to complete a hat-trick at the Co Louth venue before landing a Listed prize at Naas and finishing a half-length third in the King’s Stand at Royal Ascot.

With Frankie Dettori keeping the ride at Newmarket, Sceptical this time filled the runner-up spot, a length and a quarter behind the Roger Teal-trained Oxted.

Hogan reports his stable star to have returned to Ireland none the worse and he will now be prepared for a third tilt at Group 1 glory in the Coolmore-sponsored feature on August 21st.

“He was back home yesterday (Sunday) and he seems to come out of the race well. He was a bit tired from all the travelling, but he’s good and sound, which is the main thing,” said the Tipperary-based trainer.

“He ran a very good race. It probably didn’t work out the way we expected as we were thinking if anything was going to beat us it would be Golden Horde, but that’s sprints for you.

“You’d have to be thrilled with him. We never expected to get this far and it’s small margins in these top-level sprints, but hopefully he’ll get his turn somewhere along the line.”

He added: “At the moment the plan is to go for the Nunthorpe. Frankie felt coming back to five (furlongs) would suit, which obviously means we’ll have to take on Battaash, but we’ll probably give it a go.

“There is a Group 3 at the Curragh on August 9th – the Phoenix Sprint Stakes. We’ll just see how he is over the next few days and then decide whether to run him there first or just go straight to York.

“After the Nunthorpe you’ve got the Flying Five back at the Curragh (September 13th) and Frankie mentioned the Prix de l’Abbaye at ParisLongchamp, but the obvious worry with that race would be the ground can come up pretty soft. There are plenty of options and it’s just a case of picking out the right races for him.”

Another quality sprinter housed at Hogan’s yard is Make A Challenge, who claimed his third victory at listed level in the Midsummer Sprint Stakes at the Curragh on Friday evening.

The Invincible Spirit gelding could make a swift reappearance for the Group 2 Sapphire Stakes at the Curragh on Sunday and Hogan is not ruling out the possibility of him taking on Sceptical before the season is out.

“I was very happy with him – he toughed it out well,” said Hogan. "We’re thinking of supplementing him for the Sapphire Stakes this weekend as he loves the Curragh and seems in good form.

“I suppose the two of them might bump into each other at some stage, but it’s a nice problem to have – if Make A Challenge can win his group race, we’ll let them at it one day.” 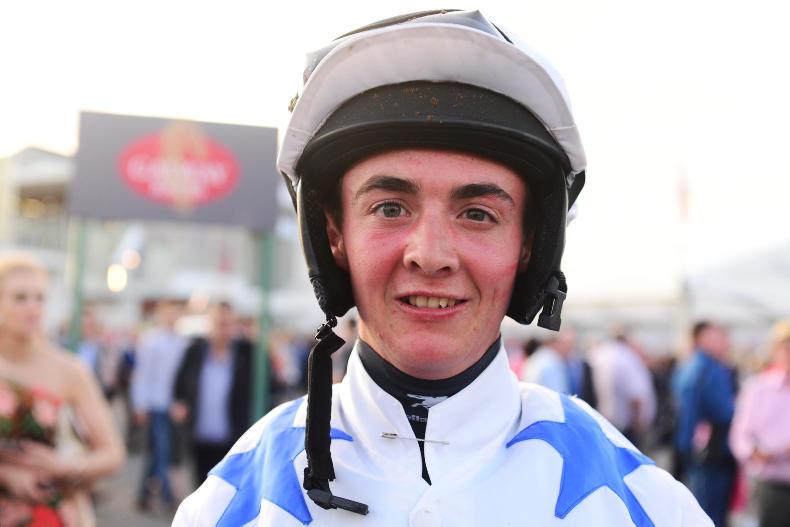 Inside Racing
CURRAGH SATURDAY: Rising to the Challenge
By Ryan McElligott on 30 September 2019
More in Latest News
News FREE
NEWS: Connections of Aloha Star to appeal Curragh demotion
News FREE
NEWS: Enable to miss York before historic Arc bid
News FREE
NEWS: Lucky Vega rises to the top in Phoenix Stakes
Classifieds
Place ad
Get full unlimited access to our content and archive.
Subscribe to The Irish Field
Unlimited access to The Irish Field via your computer, mobile device, tablet or newspaper delivered to your door.
Subscribe now +
Already a subscriber? Sign in