Just one final step...
You must confirm your email address by clicking on the link we’ve sent to your email address.
You are only one short step away from reading 5 free Field+ articles.
CHELTENHAM WEDNESDAY: Paul Nicholls leads the fight back

CHELTENHAM WEDNESDAY: Paul Nicholls leads the fight back
By Anne Marie Duff on 11 March 2015
Anne Marie Duff recaps the action from the second day of the Cheltenham Festival where Don Poli and Windsor Park were the star Irish performers

Day two, hope springs eternal. The aim of the day to get back in profit but the last two races makes things even more tricky. You could pick any of 10 Irish in the bumper and still not hit the first three.

Yesterday was a Ricci day, it must take some jiggling to keep everybody happy among the big owners in Closutton, so after some 'giggling', maybe today’s a Gigginstown Stud day. Outlander, Don Poli, Marinero, General Principle, Stone Hard. After Ruby Tuesday, could it be a Ryanair Wednesday.

On TodayFM in the morning John Duggan nominates “Faugheen brilliant,” on the back page of The Sun as the headline of the morning’s newpapers.

The front cover may not be as welcome in the Walsh household with Annie Power crashing out in a full front page “Power Failure” banner. Ruby’s fall saves bookies €100 million goes the banner. Still, at least racing’s on the front page of a tabloid. “Unfaugettable” is The Star's offering which stands out from the much used “Faugheen the machine”.

On the Morning Line, Willie Mullins is up bright and early. It’s lashing in Dublin but the rains haven’t yet hit Cheltenham. Still hovering between Many Clouds and Holywell for the Gold Cup depending on the ground.

A slightly husky Willie Mullins asks "what are we running?” to Nick Luck’s inquiry for the day’s best bet. Nichols Canyon is the offering.

Ruby’s on Nichols Canyon during morning exercise - yesterday he was on Annie Power. Is that a bad omen? Remember how they crashed out at Leopardstown last Christmas, going for the long stride at the last.

Mid-morning news is that Sheikh Fahad has bought the Foxhunter candidate Current Event. Who would have thought we’d see Qatar colours in a hunter chase. Champagne Fever unfortunately has to miss the Champion Chase. Was there a fracas on the boat? He didn’t look too happy in the morning on the Cheltenham gallops.

As the afternoon coverage begins, Simon Holt not surprisingly reports from Simon Classe that the ground is moving towards good.

The flat boys are taking over - there’s a piece on Frankie Dettori back with Dodging Bullets, Richard Hughes is also interviewed as he commences his final year in the saddle on the track. Later it’s John Ferguson and John Gosden. Ryan Moore’s here too. Everyone wants to get in on the act at the Festival.

Victoria Pendleton makes her second appearance on the airwaves after a piece on Racing UK earlier. You expect she’ll get plenty of attention if the dream to get a jockey’s licence progress. Thankfully John Inverdale is not around!

They’re off in the Neptune. Windsor Park’s noseband looks about to unravel but it doesn’t distract him from the task in hand. This is a different horse to the one that was out the back and ran on at Leopardstown in February behind Nichols Canyon.

Beast Of Burden does indeed look some beast beside the flat-bred Windsor Park and takes it up off a slow pace. Down the hill, there are about six in contention. Nichols Canyon looks tiny in the midst of them all. For a horse whose jumping was once sloppy, Windsor Park is spot-on at the last and it’s never in doubt. We should have taken the hint and stayed with the flat theme.

“Class horse, spot on for the day,” reports Russell to Alice Plunkett. Jump racing is Weld's hobby, Russell says. But we think he takes it seriously though! The guaranteed Russell winner is on the boards. The purple and yellow cross of Lorraine are the first colours in the winner’s enclosure on the Wednesday. Ireland 6. England 2.

The RSA Chase, time to get some funds with The Young Master. It’s a bit worrying to see him go off in front with an already confirmed front runner in the race in Kings Palace. Then, after a mistake at the first on the far side, our selection is let down by his jumping. You have to be satisfied with one winner at the Festival and yesterday was Neil Mulholland’s day.

Don Poli is scrubbed along but fans know they have nothing to fear. At the third last, he’s pricking his ears, into the straight he is in control and, with stamina guaranteed, it’s all so very easy. You’ll not see too many RSA Chase winners come up the hill with their ears pricked. Bryan Cooper thanks all his team, and “the man up there” - his mentor Dessie Hughes.

The Gigginstown maroon and white star is back in the winner’s enclosure. “He’s a lazy bugger,” says Michael O’Leary.

The four-miler? What a waste of such talent it would have been to put him in there. It’s hard to know if the present or the future is the most exciting time for Willie Mullins team. The Gold Cup is the long-term plan for the horse compared with Florida Pearl.

Mullins, in the post-race interview, repeats how well Djakadam is going. At a preview night it was mentioned that he might be challenging for favouritism on the day. If the rain comes tomorrow, and a few more Mullins winners, that might well be true.

Halfway through day two and there are no winners yet for Nicholls, Henderson or Pipe. Perhaps the Champion Chase will stop the slide.

For the Coral Cup funds are invested with the winning team - Marinero for a Tony Martin win for Gigginstown. A little each-way on Bear’s Affair might pinch a place for the Henderson team ahead of the big race.

“He can’t sack me now,” says Sam Twiston-Davies after he gets his first winner for Paul Nicholls as Aux Ptits Soins holds of Andy Lynch’s Zabana, who makes a brave bid from the front under Robbie Colgan.

Nicholls later reports that Nick Scholfield says he’s the best horse he’s ever sat on. Not many would have expected the Nicholls winner would be a horse who had never run in Britain but he might be a challenger to the Mullins domination next year if he goes over fences.

Champion Chase time - it’s a pity Champagne Fever is out as it’s now a battle between the two previous champions and the two reformed characters from the Nicholls yard. Take a stand - oppose the Bullets and the Mole. Not sure who to cheer for, Sprinter or Sire?

Watch and enjoy and hope Sizing Europe shows up well on his sixth consecutive Cheltenham appearance and his fourth outing in the Champion Chase. Somersby’s another old-timer on his seventh Festival appearance.

“I’d love to see Sprinter Sacre turn up and blow them away,” Ruby Walsh tells Mick Fitzgerald, but he goes with Dodging Bullets.

The British strike back, Dodging Bullets is no longer dodgy at the Festival. British-bred by Frankie Dettori, he gives Nicholls and Sam Twiston-Davies a second winner. The two former champions never look like getting involved.

Dodging Bullets travels well and jumps perfectly. Special Tiara puts up a good fight and, on his seventh visit to the Festival, the 11-year-old Somersby so nearly does it for Brian Hughes, though you felt he was never just going to get there.

“It takes for ever to learn how to train these horses,” Paul Nicholls tells Clare Balding as the new two-mile king is crowned.

Graham Cunningham notes the winner’s precision jumping, how to win the Champion Chase. “He was meant to win the Derby”, says Frankie Dettori. Gary Moore later criticises the ground, too fast for Sire De Grugy. Sprinter Sacre’s heart is okay after he was pulled up but he made a noise and will be scoped. You fear the end is near.

It’s 7-4 to the Irish, still the cross country and bumper to come.

Yes, it is a better day for Gigginstown but not many picked out Rivage D’Or at 16/1 as the winner of the Glenfarcas Cross Country Chase. Nina Carberry is unlucky on Quantitiveasing, moving well when taken out in a nasty incident when put through the rail after Toutancarmont moved to his left while jumping. Photographer Patrick McCann reportedly suffers a broken leg in the nasty incident.

It’s a second win on the day for Davy Russell who tells Lydia Hislop on Racing UK how he has a soft spot for the cross-country race as "this is how our sport all started and this is the home of National Hunt racing." That’s fitting on two counts as Russell’s first Cheltenham winner came in this race on Native Jack back in 2006. It’s 8-4 to Ireland and the record 14 is well in sight.

The Fred Winter is up next and another chance to get in the black with Zarib carrying the cash here after his impressive win at Wincanton and form behind Peace And Co. But who knows what’s been plotted.

No luck, Zarib looks a possibility briefly on the run to the last but faded up the hill. Paul Nicholls stages a one man fight back against the Irish with the first two and the fifth, though the 25/1 shot Qualando hardly makes anyone rich.

Jonjo O’Neill trains the third-placed finisher and is still waiting for his first 2015 Festival winner. Richard Johnson is unscathed after a bad fall from Golden Doyen.

Paul Nicholls signs off with, “We’ve got our sights on Willie.”

One race to go and the bumper should give some respite to Irish breeders as Don Poli, though French on both sides of his pedigree, is the only winner today foaled in Ireland. However, Bordini is the favourite and French-bred along with the well-fancied Wait For Me.

Shock, horror, the British have robbed the biscuits - filling the first four places in 'our' race. David Pipe gets on the scoreboard with Moon Racer, bought for £225,000 at Brightwells last April from Michael Roynane, who had paid only €5,000 for the son of Saffron Walden. A rags-to-riches story to end the day. Vigil in fifth is the best of the Irish. Amazingly, the best Mullins runner is Bellshill in 10th. That’s a lot of horses heading home in disappointment.

Day two ends Ireland 8, Britain 6 - it’s almost Ryder Cup territory as Captain Paul Nicholls leads the English fight-back with a treble and a new champion chaser for the man who has already trained four winners of the two-mile championship. In the breeding stakes it is Ireland 7, France 5, Britain 1 and USA 1.

Tomorrow is another day, but there were a few who may have left jumping’s greatest stage for the last time today. 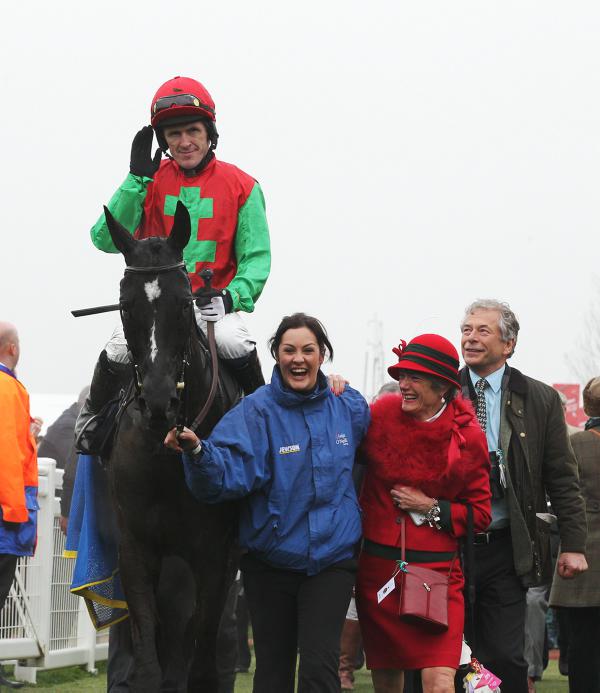 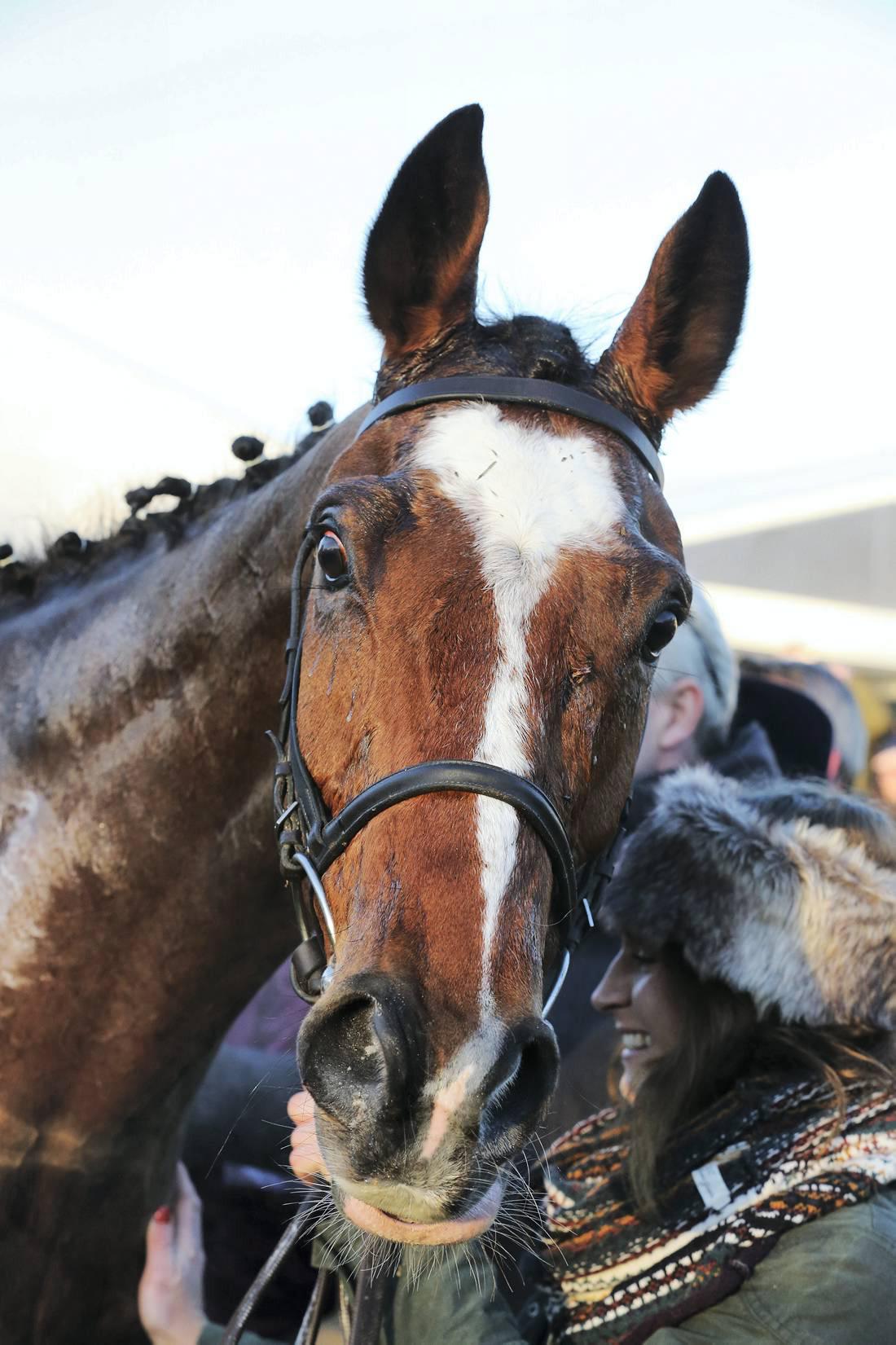 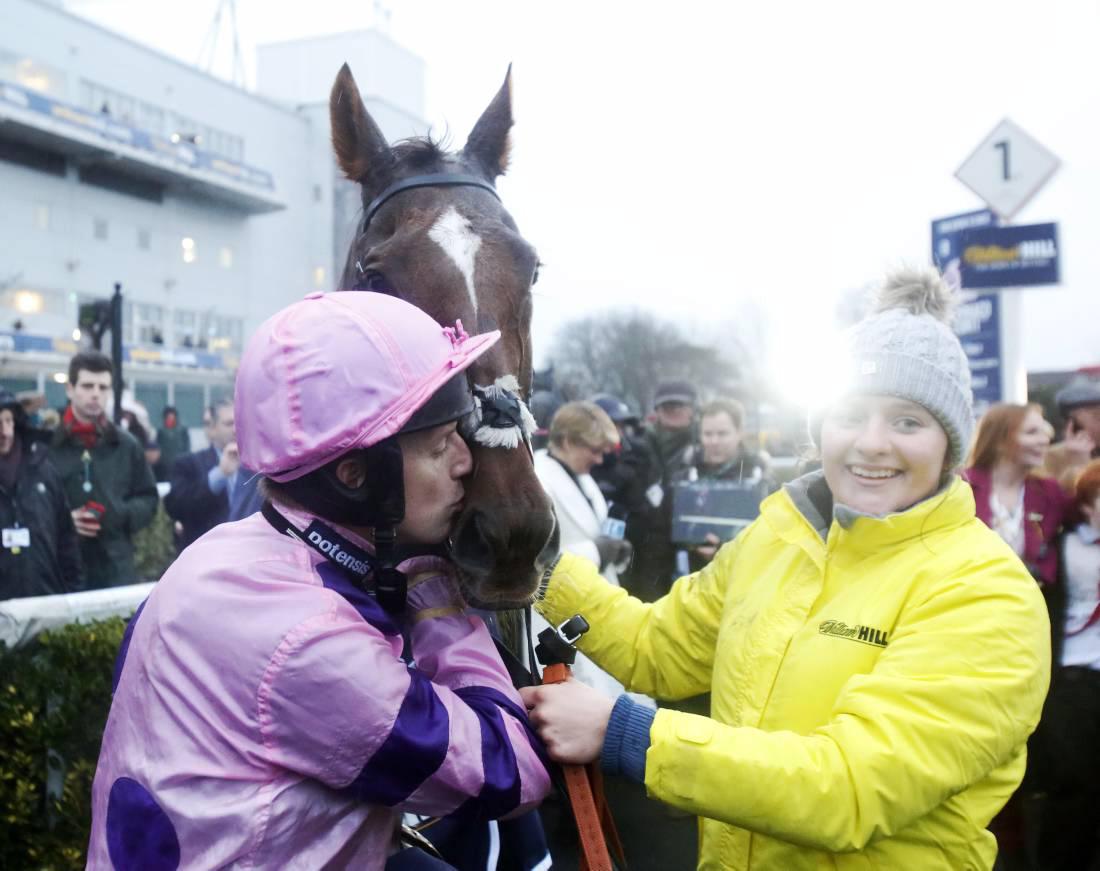