Title: Cheltenham to stage first-ever mares only jump raceday at the April meeting

The April meeting will offer a seven-race programme, with £190,000 in prize money 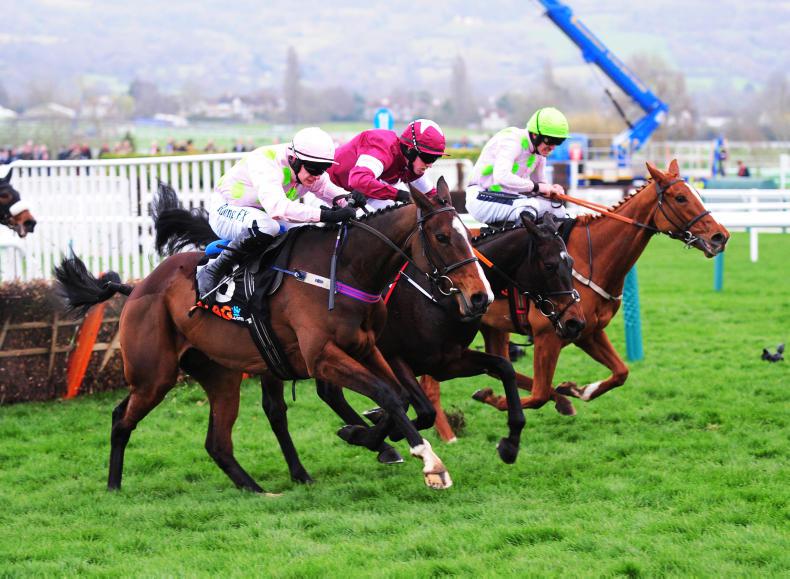 FOR the first time ever at a jump racecourse, Cheltenham will host a raceday devoted exclusively to races for fillies and mares. Taking place on day two of The April Meeting, Thursday, April 19th, the mares' raceday offers a seven-race programme, with £190,000 in prize money.

Simon Claisse, Regional Head of Racing, South West & Clerk of the Course, Cheltenham, said: "I am delighted that Cheltenham is to be the first Jump racecourse to stage an all-mares' racecard.

"The running order on the second day of The April Meeting previously had four all-mares races on it and we very much hope that the seven races will be well-supported.

"With two mares-only races at The Festival and this card following four weeks later the mares' programme is developing and, hopefully, owners be encouraged to run mares at the Home of Jump racing, especially late in the season.

"My thanks go to British Horseracing Authority for their help in bringing this concept together - we are very much looking forward to hosting the mares' card in April."

Stuart Middleton, Racing Operations Manager at the BHA, added: "We have been working for some time towards Jump racing's first all-mares' card.

"Cheltenham has long since held the same ambition and, having between us, expanded their card to include four mares' races already, it is the obvious venue to give this exciting venture a try.

"This initiative forms yet another part of our ongoing commitment to bolstering the overall mares' programme and providing an incentive to own and train Jump mares.

"We hope that the fixture will garner positive publicity and the promise of being part of a unique event at such an iconic venue will, we hope, be yet another reason to be excited about ownership of mares at all tiers of the sport."

The April Meeting gets underway on Wednesday, April 18, when the highlight is the £60,000 G2 Matt Hampson Foundation & NSIF Silver Trophy Chase.