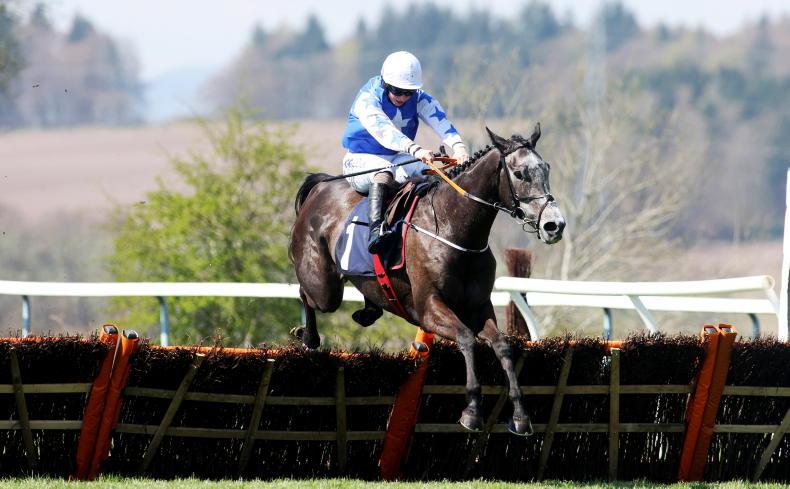 IT may not be Cheltenham, but at least it’s one festival where race fans get a chance to see champion jockey-elect Brian Hughes, who has had the title in the bag for a matter of months by living by Arthur Stephenson’s mantra “little fish are sweet”.

Hughes joined a select club by riding his 200th winner of the season aboard Dreams of Home in the Bob Nelson Capercaillie Handicap Chase on Wednesday for main employer Donald McCain. Only Sir Anthony McCoy, Richard Johnson and Peter Scudamore had reached such a seasonal total previously, and Hughes merits his place among those luminaries.

It’s amazing to think that while Hughes and McCain are dominating in terms of numbers – the latter was equalling his previous best total with 153 winners – both have just the one graded winner to celebrate this year, that of Minella Drama in the Grade 2 Altcar Novices’ Chase at Haydock in January.

Big race of the day on Wednesday was the Listed Fair Maid of Perth Chase for mares, and it provided the first leg of a double for Gordon Elliott and Sean Bowen, 10/1 outsider Daphne Moon made all to score by eight lengths from Pink Legend. The pair quickly doubled up with Getaway Goldie in the mares’ handicap hurdle for a near 50/1 double.

John McConnell is another trainer who has an excellent record with his runners in Scotland, and he maintained that reputation when sending out Mahler Mission to win the William Hill Gold Castle NH Novices’ Hurdle, with the 5/1 shot getting the better of well-backed Complete Unknown, who has won the EBF Final at Sandown last month for Paul Nicholls.

On Thursday at Scone Palace Park, the Elliott charabanc rolled on, with Sean Bowen again riding a double for the yard, aboard Burn The Evidence and Coach Carter, the latter turning out quickly after finishing second 24 hours earlier. Gun Runner Cash took the bumper on Friday to make it five winners in the week for the Cullentra trainer.

EPSOM’s once enormously popular Spring Meeting is rather a shadow of the even which used to see tens of thousands decamp from London in the 19th century, and the main events are now squeezed into a single day, with the Great Metropolitan and City And Suburban Handicaps no longer the big ante-post events they used to be.

Main focus on the day was the Blue Riband Trial, a listed event which has a chequered record, but did produce Cracksman a few years ago.

The latest renewal, not surprisingly given how he has dominated the classic trials so far, went to Charlie Appleby’s 9/4 favourite Nahanni who made all the running and hung on grimly to score by half a length under Will Buick.

It’s hard to imagine Appleby won’t have several better candidates for Epsom, but the winner deserves credit for being both professional and game in the victory.