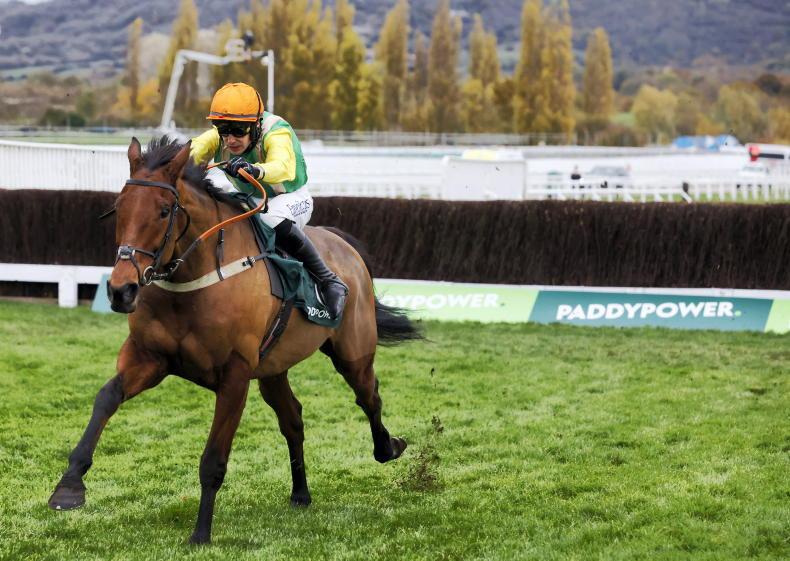 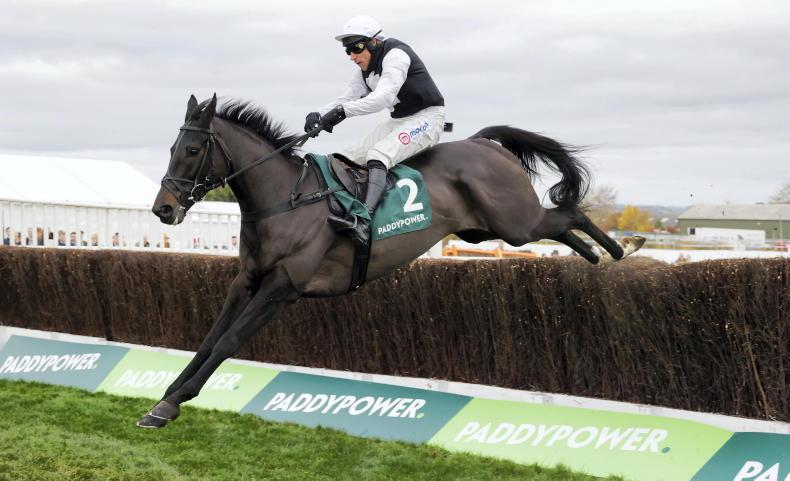 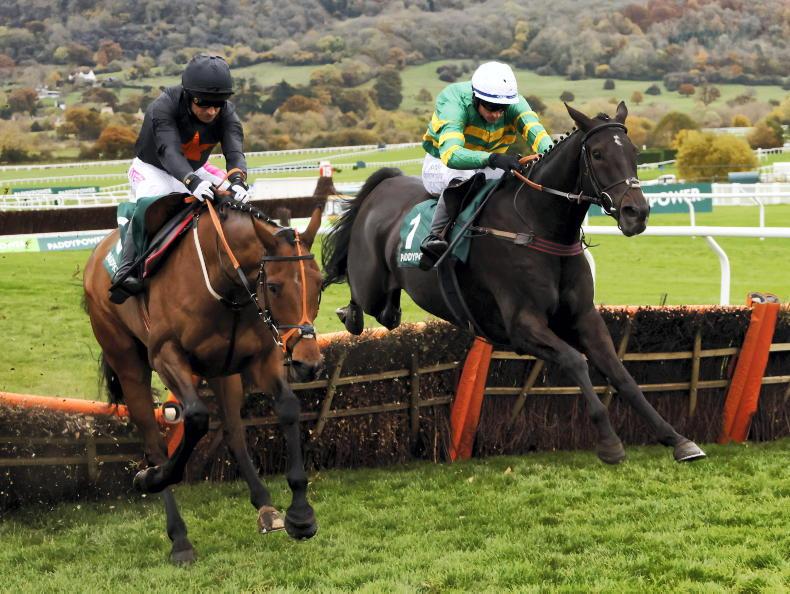 THE big handicap of the weekend bucked the trend for small fields, with a maximum field of 20 declared, and only one of those failing to line up in the Paddy Power Gold Cup Handicap.

Last year’s hero Coole Cody made the boldest of bids to repeat his front-running victory in 2020, and was still just in front when becoming another victim of the notorious second-last fence.

That left Midnight Shadow (Sue Smith/Ryan Mania) clear, and he looked sure to win comfortably only to stumble and lose momentum on landing at the last, and he was all out in the end to hold off the strong-finishing Protektorat (Dan/Harry Skelton) by three-quarters of a length.

Lalor (Harry Cobden), on his debut for Paul Nicholls, ran a pleasing race to be third.

Sue Smith, with her horses back in form after a disappointing couple of seasons by her standards, is considering a tilt at the King George with the winner, although that looks a tad fanciful, for all he was better than the bare margins here. He also had a fitness edge over the pair he beat, who were also conceding weight.

Protektorat looks likely to step up in class, with the Grade 2 Peterborough Chase an obvious next step, and the December Gold Cup at this track appeals as the next port of call for Lalor, who has now run several solid races in top handicaps on both old and new courses.

THE road to racing redemption has been a long and rocky one for Milton Harris, who lost his licence in 2011 when he was declared bankrupt, and had to take a lengthy break from training before re-joining the ranks in 2018. He has saddled 23 winners from just 71 runners since September, and he capped that purple patch when 9/2 shot Knight Salute scored under Paddy Brennan in the Grade 2 JCB Triumph Trial Juvenile Hurdle.

Knight Salute, a winner at Sedgefield and Kempton before this step-up in class, took a wider route into the home straight than most, something Brennan is usually keen to do.

The pair looked in control through the closing stages, eventually prevailing by two and three-quarter lengths and a neck from Saint Riquier (Ian Williams/Sam Twiston-Davies) and Yorksea (Gary/Jamie Moore).

Favourite Magistrato led between the last two hurdles before weakening close home to finish out of the placings.

The worth of this contest as a genuine trial for the Triumph is undermined by the fact that Saint Riquier had a modest BHA rating of 112 after two previous defeats. Yorksea, a winner on the flat in France, was novicey on this hurdles bow, but kept on best from a poor position. He should pay his way as long as he’s not pitched in too deep next time.

A Lucki result for some

THE Grade 2 From The Horse’s Mouth Podcast Novices’ Chase saw both the betting and the race dominated by the slick-jumping Third Time Lucki (Dan/Harry Skelton), who pressed on at halfway as he had at the October meeting.

The 2/5 favourite looked to have the race in the bag when nearest rival Captain Tom Cat capsized at the last, leaving 25/1 outsider Sebastopol (Tom Lacey/Aidan Coleman) in second.

The margin of four and three-quarter lengths does scant credit to Third Time Lucki, who looked much the best until closed down when the race was over.

Third Time Lucki was sometimes a weak finisher over hurdles, but Skelton steadied his mount into the penultimate fence, and the loss of momentum clearly had a significant effect on the winning margin. The winner’s pace and jumping ability means he’ll be hard to match in small-field races where tactical speed counts for so much, although he’ll have to prove he can come up the hill as well as he goes down it to win an Arkle.

The question for connections is what route to plan with him, with races like the Henry VIII, Wayward Lad and Lightning Novices’ Chase all potential targets.

Dan Skelton suggested afterwards that the choice would depend on the ground, with the trainer keen to avoid soft or heavy at all costs.

Sporting John much happier over hurdles

DESPITE winning a Grade 1 at Sandown, last season was a decidedly mixed one for Sporting John, and the Philip Hobbs-trained gelding never looked comfortable jumping fences.

He won the Listed Paddy Power Games Handicap Hurdle here under Tom O’Brien, however, showing both that he stays three miles, and that he can handle the track after two Cheltenham Festival flops. Having done so off a mark of 146, he may find himself campaigned with a crack at the Stayers’ Hurdle in mind, and that division looks pretty open with several of the leading contenders having already blotted their respective copybooks.

Gowel Road was an impressive winner of the intermediate hurdle, although he came in for a well-judged ride from Sam Twiston-Davies, riding for his father, and connections of one or two of those in behind would probably like another crack at the winner, notably Unexpected Party and Punxsutawney Phil, who made late gains to finish second and fourth, respectively. Gowel Road was conceding a stone and more to that pair, and is improving all the time. He won twice over two miles at Newbury earlier in the year, but stayed two miles, five furlongs well here, and may well stay further still on this evidence and looks a high-class performer in the making.

Bonttay bookended the card for Paddy Brennan, again challenging wide and fast to land the listed mares’ bumper to bring her tally to three wins from as many starts. She will need to achieve a lot more if she’s to be competitive in the Champion Bumper back her in March, which is her long-term target.