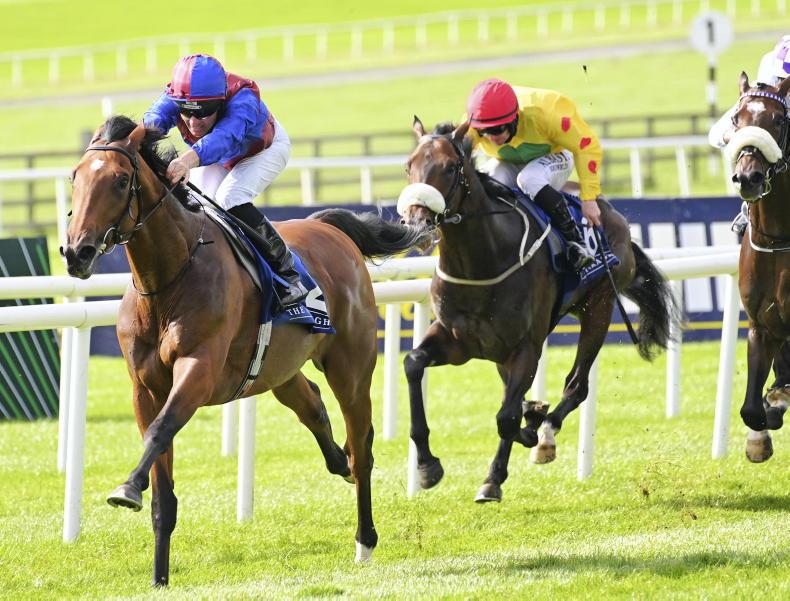 Luxembourg is entered for the Group 2 Vertem Futurity Trophy at Doncaster \ Healy Racing.

AIDAN O’Brien’s Derby favourite Luxembourg is one of five juveniles the Ballydoyle handler has left in the Vertem Futurity Trophy at Doncaster.

The Camelot colt was impressive on his debut at Killarney and then really caught the eye when coming from last to first to win the Beresford Stakes by almost five lengths last month.

That Group 2 has launched the careers of some equine greats down the years, including Sea The Stars.

O’Brien first won Saturday’s race with Saratoga Springs back in 1997, and his most recent victory with subsequent Guineas hero Magna Grecia in 2018 was his ninth, taking him one behind Sir Henry Cecil’s record of 10.

O’Brien’s sons could also be represented – with Joseph leaving in Buckaroo and Donnacha’s Sissoko among the confirmations too.

Jim Bolger won last year’s race with Mac Swiney, who went on to win the Irish Guineas and be third in the Champion Stakes this season, and McTigue could represent him this weekend.

Roger Varian’s Bayside Boy brings rock solid form – having won the Champagne Stakes and finished third in the Dewhurst – with Acomb and Autumn Stakes second Imperial Fighter left in by Andrew Balding, who could also run Hoo Ya Mal.

Ralph Becket’s Angel Bleu was a Group One winner in France last time out, however, and could aim to double his top-level tally.