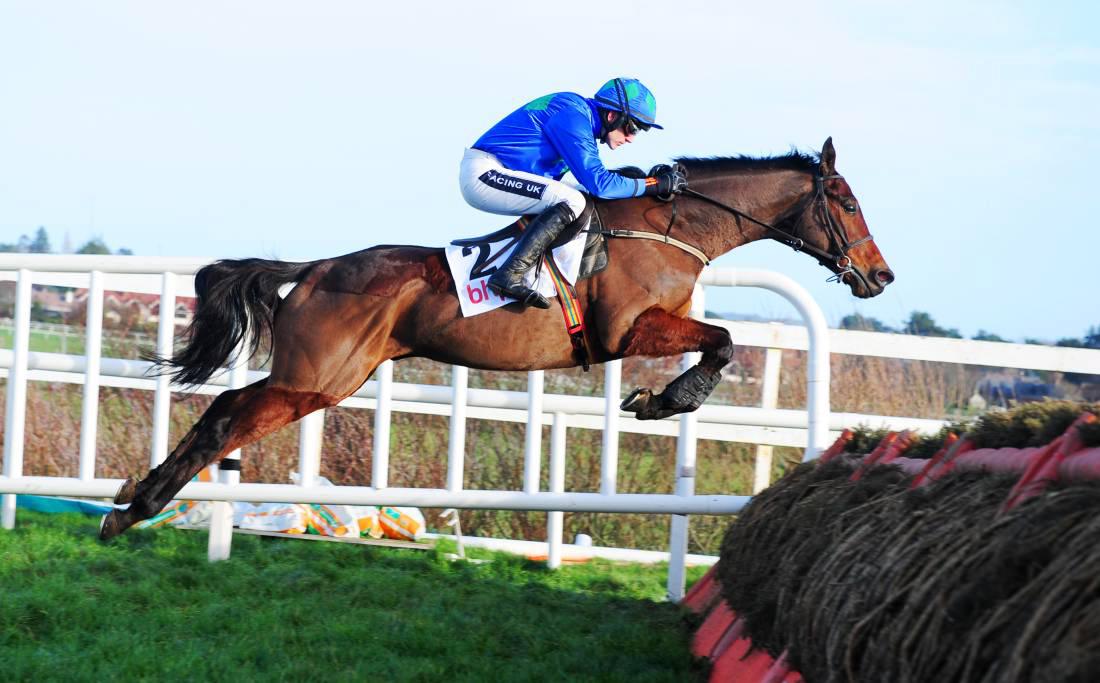 Hurricane Fly: The 10-year-old notched up the 20th Grade 1 success of his career when beating the six times Grade 1 star Jezki by two and a quarter lengths in the stanjames.com Morgiana Hurdle over two miles at Punchestown on Sunday.

Trained by Willie Mullins, and bred by Agricola Del Parco, he is a son of the brilliant middle-distance horse and classic sire Montjeu (by Sadler's Wells), who died in 2012. His dam Scandisk (by Kenmare) won in Italy as a two-year-old, his half-sister Hunzy (by Desert King) was Listed placed in that same country, and his grandam Yankee Lady (by Lord Gayle) was a winning full-sister to the Group 2 scorers Lady Singer and Yankee Gold.

Chancol: The Noel Meade trained five-year-old made it two from two over fences with victory in the Grade 2 Madigans Bar Craddockstown Novice Chase over two miles at Punchestown on Sunday.

Bred by Andre Larrieu and Chantal Laval, the French-born gelding is by the Group 2 Prix d'Harcourt winner Vangelis (by Highest Honor) and out of the flat scorer Boreade (by Lost World). His dam's six blacktype-earning siblings include the Listed hurdle winners and talented chasers Takeroc (by Take Risks) and Rocketir (by Poliglote).

Shanahan's Turn: Made it two from two over fences with victory in the Grade 2 Dobbins Outdoor Catering Florida Pearl Novice Chase over two miles, six furlongs at Punchestown on Sunday. The Henry De Bromhead trained gelding was bred by Bluegate Stud.

A son of Indian Danehill (by Danehill), who moved back to France in 2012, he is out of Chanson Indienne (by Indian River), which makes him a half-brother to last month's Hexham novice chase scorer Wakanda (by Westerner).

Vyda Du Roc: Placed once from two starts in France, this five-year-old took his UK record to three wins from three starts with a narrow victory in the Grade 2 Sky Bet Supreme Trial Novices' Hurdle (registered as the Sharp Novices' Hurdle) over two miles, 110 yards at Cheltenham on Sunday.

Bred by Andre Le Gall, the son of Lion Noir (by Kenmare) is out of the multiple placed AQPS mare Dolce Vyta (by Grand Tresor), which makes him a half-brother to the Listed chase winner Manonito (by Nononito) and to the Listed placed multiple chase scorer Niolo (by Dear Doctor).

Dunraven Storm: The dual bumper and four times hurdles scorer took the Grade 2 Racing Post Arkle Trophy Trial Novices' Chase (registered as the November Novices' Chase) over two miles at Cheltenham on Sunday, and has now won both his starts over fences.

A new blacktype winner for Glenview Stud's multiple champion sire Presenting (by Mtoto), the Philip Hobbs trained nine-year-old was bred by Violet Sweeney, he is out of Foxfire (by Lord Americo), and is a half-brother to the dual chase and dual point-to-point scorer Lord Fox (by Alflora).

His grandam M I Babe (by Celtic Cone) was a triple hurdle and four times chase winner, and her long list of winning siblings include the Grade 2 winning chasers Red Striker (by Gunner B) and Red Marauder (by Gunner B), the latter famous as being the Grade 3 Grand National hero of 2001.

Bred, in France, by Laure Godet, he is a new blacktype scorer for Kapgarde (by Garde Royale), he is out of Next Victory (by Akarad), and he is a half-brother to the dual flat winner Next Lord (by Lord Of Men). His grandam Rrose Selavy (by Secreto) is a winner from the immediate family of several flat Listed scorers.

Caid Du Berlais: Winner of the Grade 3 Paddy Power Gold Cup Chase over two miles, four and a half furlongs at Cheltenham on Saturday, this Paul Nicholls trained five-year-old is a son of the Castle Hyde Stud stallion Westerner (by Danehill).

He was bred, in France, by Jean-Marc Lucas, he has several winning siblings, and his dam Kenza Du Berlais (by Kahyasi) is an unraced half-sister to three blacktype winners, including Isis Du Berlais (by Cadoudal).

Sam Winner: The Paul Nicholls trained seven-year-old was bred, in France, by Ecurie Winning, and he won the Grade 3 Murphy Group Handicap Chase over three miles, three and a half furlongs at Cheltenham on Saturday.

A son of Okawango (by Kingmambo), who was based in Turkey at the time of his premature death in 2012, he is out of the 10 and a half furlong French winner Noche (by Night Shift), and he is a half-brother to Petit Roque (by Hamas), a multiple winner from five and a half furlongs to a mile. His grandam Villa Blanca (by Rheffissimo) was a big-race winner on the flat in Spain.

Golden Doyen: The Philip Hobbs trained three-year-old has now won two of his three starts under National Hunt rules, including the Grade 2 JCB Triumph Hurdle Trial (registered as the Prestbuty Juvenile Hurdle) over two miles and 110 yards at Cheltenham on Saturday.

Bred by Wilhelm Lohmann, the German-born gelding is out of Goldsamt (by Rienzi), he is a half-brother to the Downpatrick bumper scorer Golden Desert (by Next Desert) and to a Listed chase winner in Italy, and he is a son of the Sunnyhill Stud stallion Doyen (by Sadler's Wells).

Dulce Leo: A son of the leading miler Priolo (by Sovereign Dancer), the Jean-Paul Gallorini trained eight-year-old won Sunday's Grade 2 Prix Leon Olry-Roederer over two miles, five and a half furlongs at Auteuil.

He was bred by Christian Wattinne, he is out of Danissima (by Fabulous Dancer), and his siblings include the four times scorer Dame d'Asie (by Kahyasi), whose three-year-old Kayf Tara (by Sadler's Wells) gelding made €65,000 at the Tattersalls Ireland Derby Sale in June.

His dam is a half-sister to the French Grade 2 hurdle winner Multipass (by Sillery), to the Grade 2 placed hurdler Dalina (by Trempolino), and to Dalamine (by Sillery), who is the winning dam of the Willie Mullins trained Grade 1 placed, Grade 3 winning hurdler Don Poli (by Poligote).

The Roland O'Neill trained bay is a son of the Whytemount Stud stallion Stowaway (by Slip Anchor), he is out of Champagne Lady (by Turtle Island), and he is a full-brother to the bumper, chase, and dual hurdles winner Aland Islands, and also to Champagne James, a Grade 2 placed bumper scorer who won over hurdles at Naas in February and was runner-up on his chasing debut at Punchestown on Saturday. 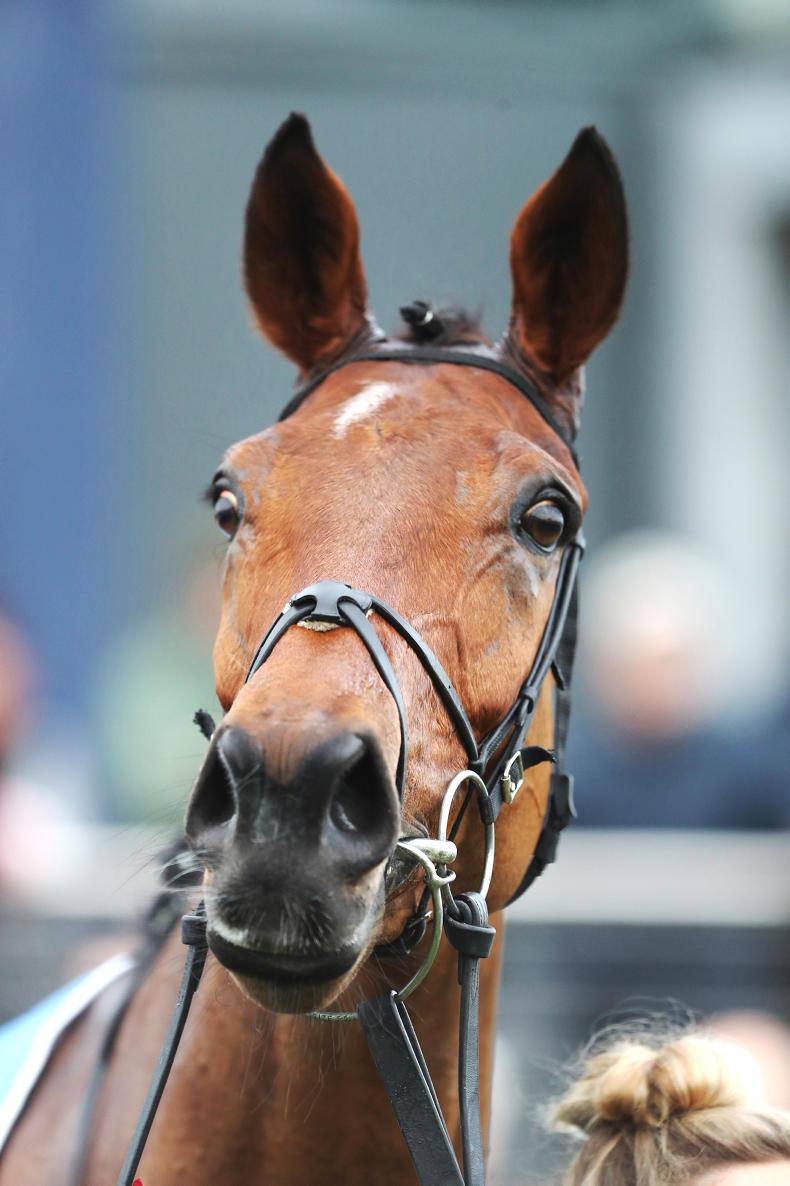 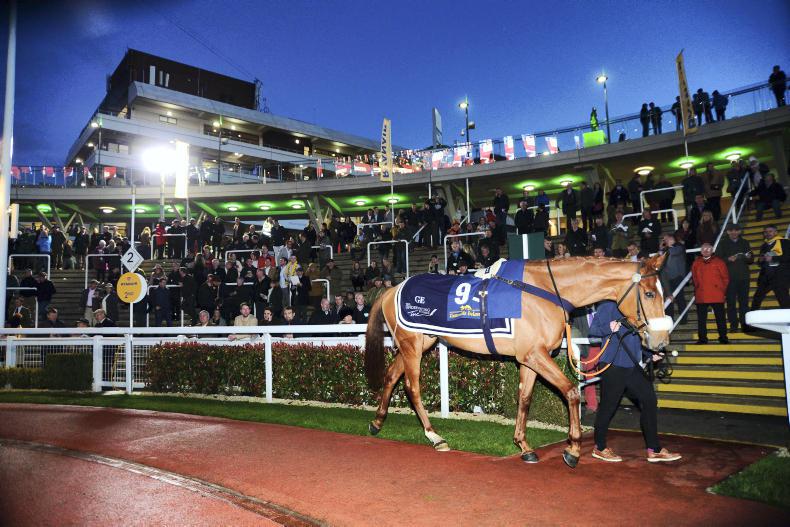 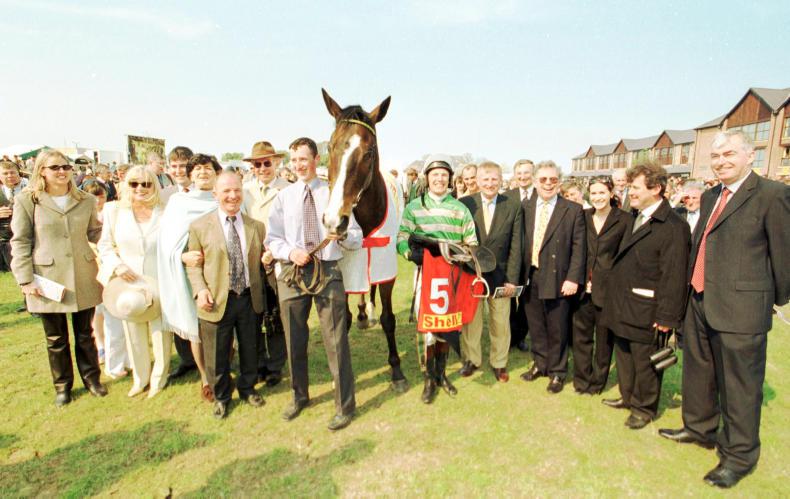 REMEMBER WHEN: Here comes the Hurricane
This week we would normally looking forward the the Punchestown Festival with the Champion Hurdle one of its features. Anne Marie Duff looks back at some famous winners from 10, 15 and 20 years ago