One of the best horses to race in Japan, Kizuna has finally sired his first Group 1 winner, writes Leo Powell 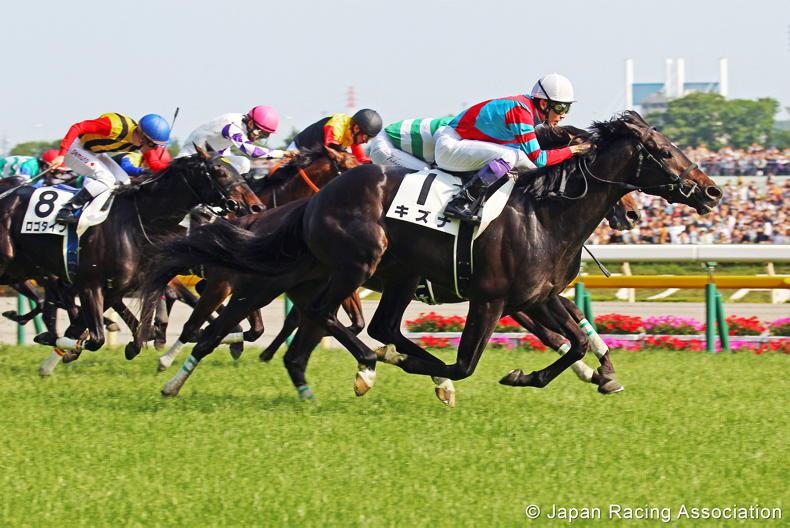 A SON of the great Deep Impact (Sunday Silence), Kizuna stands at Shadai Stallion Station in Japan. As a three-year-old he was rated the champion in his native country, thanks in the main to his victory over Epiphaneia in the Group 1 Japanese Derby, the Tokyo Yushun.

That year he also travelled to Europe and became a leading fancy for the Group 1 Prix de l’Arc de Triomphe. He won the Group 2 Prix Neil, a well-respected Arc trial, over Ruler Of The World and Ocovango, but in the main event he had to settle for fourth behind the mighty Treve. Though kept in training for two more years he did not reach those heights again.

Winner of half of his 14 career starts, the lucrative Japanese racing programme enabled him to earn more than £3.5 million. A half-brother to two other stakes winners, including the champion filly Phalaenopsis (Brian’s Time), Kizuna was the second winner of the Japanese Derby in his immediate family.

When he finished his racing career, Narita Brian could lay claim to be the top money-earning racehorse in the world.

He was Horse of the Year in Japan in 1994 after landing the Triple Crown, adding to his accolade as champion two-year-old. In a poll in Japan he was once named the Horse of the 20th Century. Sadly he died in 1998, his second stud season, of a gastric rupture.

Kizuna made a solid start to his stud career, his third crop being this year’s two-year-olds.

However, despite having 14 stakes winners up to last weekend, his best winners managed to be successful at Group 2 level.

Then, out of the blue, Akai Ito (translates as red thread), making her 20th start and a member of his first crop, landed her fifth success in no less a prestige event than the Group 1 Queen Elizabeth II Stakes.

The first prize money of some €830,000 more than doubled her career winnings, and this was the first time she won or was even placed in a blacktype race. Akai Ito is the first stakes winner in a couple of generations of her family, and she is the first Group/Grade 1 winner in at least four removes.

Akai Ito is the second winner from Wadjet (Symboli Kris S), a two-time winning daughter of Reach To Peace (Mud Route), a minor winner in Japan and responsible for five successful offspring on the racecourse.