Title: BREEDING INSIGHTS: FOR THE NOTEBOOK: Classic hopes for Nobel

Leo Powell picks a well-bred, high-priced yearling buy as a horse to watch for in teh future 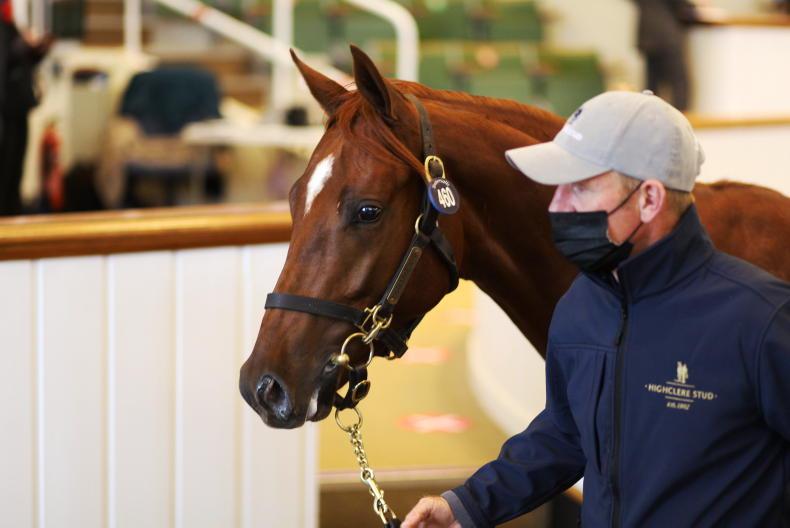 Nobel, a son of Lope De Vega, was sold as a yearling in Tattersalls for 825,000gns \ Laura Green

NOBEL is such a good name for a horse, and the manner of his debut success at Kempton would suggest that his connections can hope they have a stallion-prospect for the future. He is certainly bred to be a Group 1 horse.

Trained by Andrew Balding for Qatar Racing, the son of Lope De Vega (Shamardal) was bred by Lord Halifax who acquired the dam, Starlet (Sea The Stars), for 160,000gns through John and Jake Warren at the December Sale in 2017. She was carrying to Awtaad (Cape Cross), a filly now named Geminga, and after foaling she was sent to Ireland and Ballylinch Stud for a tryst with Lope De Vega.

The colt she subsequently produced made quite an impression at the Tattersalls October Book 1 Sale last year, selling to David Redvers for 825,000gns. Being by one of the most sought-after sires in the world was one thing, but Starlet’s first two foals, Raakib Alhawa (Kingman) and Love Locket (No Nay Never), had become stakes winners.

Love Locket won the Group 3 Leopardstown 1000 Guineas Trial, but she too had earlier made a splash when, having been purchased by Ciaran Conroy’s Glenvale Stud as a foal for €52,000, she sold to M.V. Magnier less than a year later for a staggering 700,000gns.

The aforementioned Geminga races for Lord Halifax and trainer James Fanshawe has sent her out to be placed on three of her four starts. Given that she raced last month, I suspect they will still try to win a race with her.

Treasure The Lady is a full-sister to the unraced Mora Bai (Indian Ridge). She is the dam of a pair of Group 2 winners who were both Group 1 placed, David Livingston (Galileo) and Hunting Horn (Camelot). The latter covered more than 80 mares this year, his first season at stud in Ireland.