Leo Powell looks at the family of Ginto, a first Grade 1 winner for Bective Stud 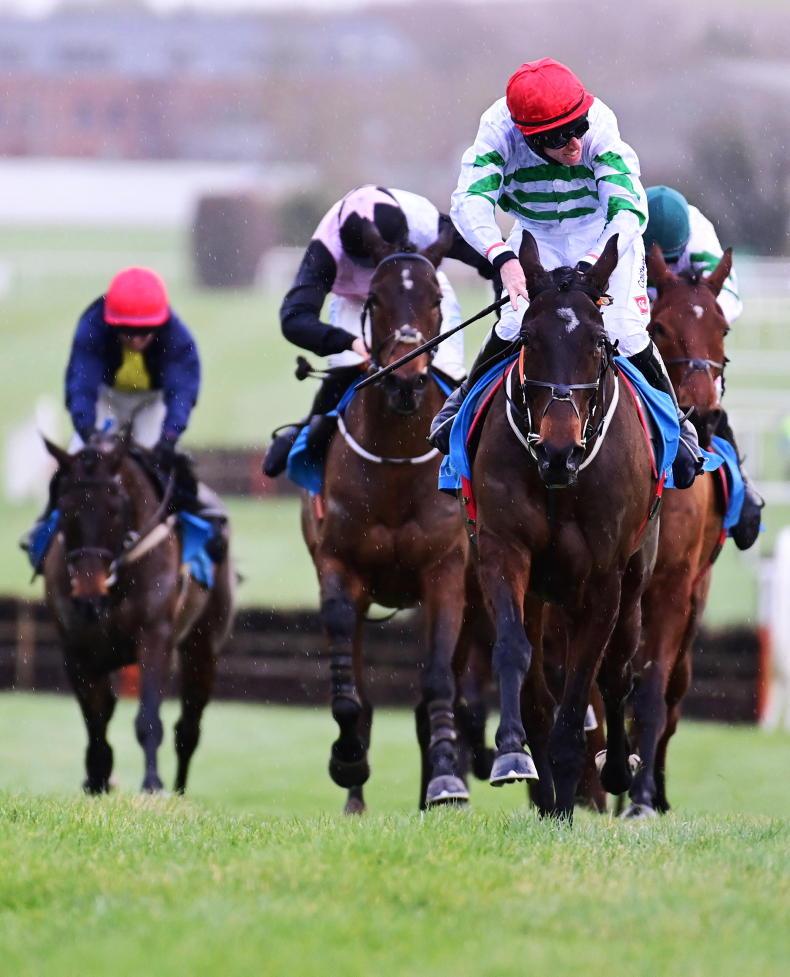 THE first Grade 1 National Hunt race of 2022 was the Lawlor’s of Naas-sponsored Slaney Novice Hurdle. It marked the sixth start and fifth win for Ginto, a French-bred son of Coolmore’s Walk In The Park (Montjeu).

The race also had a special significance for Noel and Valerie Moran of Bective Stud as Ginto provided them with their first success in a Grade 1 race. The couple have invested heavily in racing, and enjoyed plenty of wins, but this victory will have a special place with them always.

Bred in France by Sebastien Berger, Ginto was sold as a store at the Goffs Land Rover Sale from Peter Vaughan’s Moanmore Stables for €60,000 to Mags O’Toole. He joined Gordon Elliott and was saddled to win a point-to-point on his debut at four, his 12-length success that day at Tattersalls fuelling plenty of interest in the gelding.

He was offered for sale the following month at the Tattersalls Cheltenham November Sale and sold to the Moran’s for a hugely profitable €470,000, thankfully to remain with Elliott.

Jamie Codd was successful on Ginto when he won his point-to-point and the leading amateur was reunited last January with the gelding when he made his racecourse debut in a bumper at Fairyhouse, though the pair suffered what has been his only defeat to date. The then five-year-old made amends at Navan the following month before a summer’s rest followed.

Now, in the course of less than two months, Ginto has progressed from winning a maiden and a Grade 3 hurdle race at Navan to becoming a Grade 1 winner – and a leading fancy for Cheltenham glory.

It is worth looking at the full list of previous winners of the Naas Grade 1 feature since 2013 – Rule The World, Briar Hill, McKinley, Bellshill, Death Duty, Next Destination, Battleoverdoyen, Envoi Allen and Bob Olinger. Enough said.

The decision taken by Coolmore to acquire Walk In The Park, following the emergence of his brilliant Grade 1 winning son Douvan and the promise shown by Min, has been well and truly justified, and his 2016 crop includes both Sunday’s Grade 1 winner and the hugely-talented, and promising, Jonbon.

Already responsible for a listed flat winner and a dozen blacktype winners over jumps, it is fair to say that the best is yet to come from Walk In The Park.

The books of mares he has covered at Grange Stud since his arrival there for the 2016 covering season reads like a who’s who of jump racing. That first Irish-conceived crop has just turned five, and there are exciting times ahead for the stallion.

Walk In The Park is now 20, and it is some time since John Hammond trained him in France for Michael Tabor. The Lodge Park Stud-bred took until his fourth juvenile start to win, having traded twice by then. Sold by his breeders for €130,000 as a yearling, he was resold by Willie Browne for 270,000gns at the breeze-up sales.

Having visited the winners’ enclosure, Hammond then sent him to the Group 1 Criterium International at Saint-Cloud where he was third. The following season, having been beaten in a classic trial, Walk In The Park went to Epsom where he finished runner-up, some five lengths in arrears, behind Motivator. He snatched second place inside the final furlong from Dubawi.

That was to be his career highlight, and eight more runs, competing until the age of five, saw him gain just a handful of relatively minor places. He was despatched to the Arqana Arc Sale and purchased for stud by Marc Semirot for €195,000. Who could have predicted his subsequent rise to fame at that time?

It is clear that Walk In The Park upgrades his mares and Ginto’s family is a perfect example of this at work. While his family is by no means devoid of ability, you have to go back to his Ginto’s fifth dam to find the next blacktype winners, most of which were stars in Argentina and Brazil.

Ginto is a half-brother to the point-to-point and hurdle winner Kerisper (Robin Des Champs), and they are out of the winning Cadoudal (Green Dancer) mare Tina Rederie.

As it often the case in these French families, the first five dams are all winners, Tina Rederie and her dam Brya (Esprit Du Nord) both being successful over jumps. 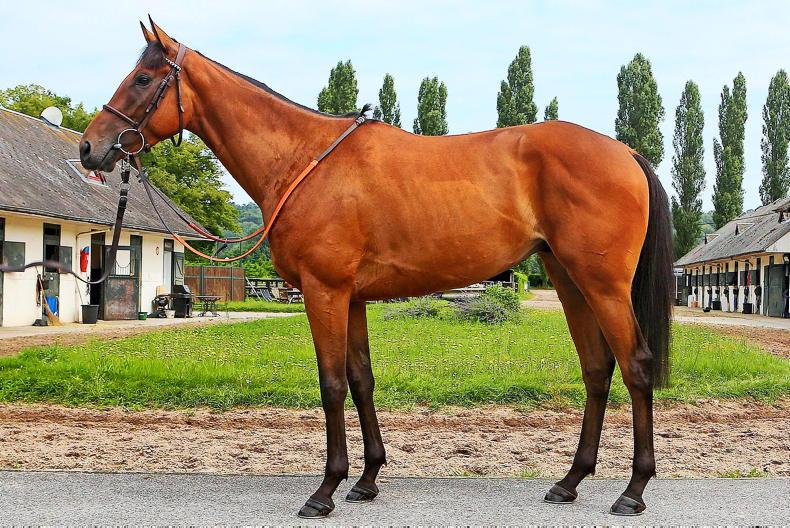 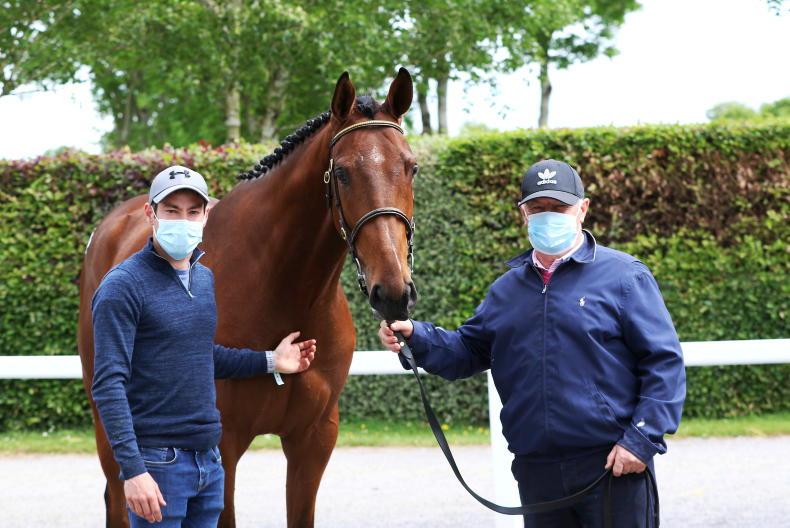 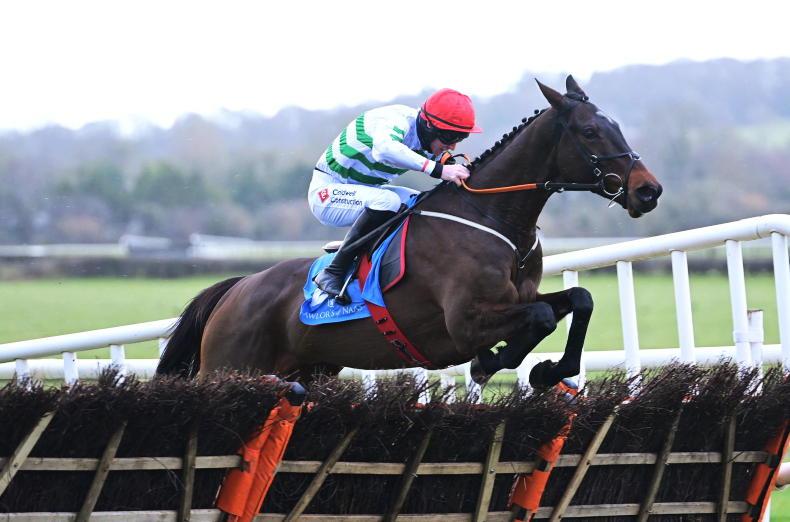 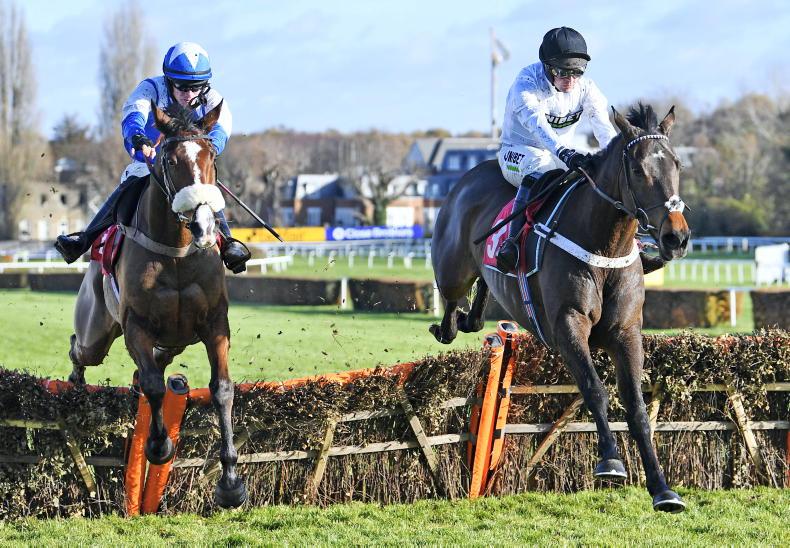