Leo Powell celebrates the achievement of Flanders, whose son Dosc recently became her 12th winner from a dozen runners 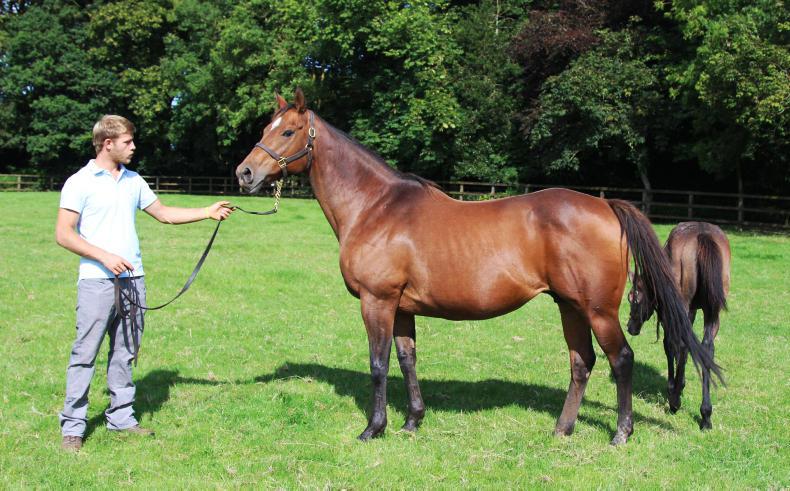 Julian Hayes with Flanders in 2014

A SPECIAL mention of the three-year-old colt Dosc (Dream Ahead). Runner-up back in May on his debut over six furlongs, he dropped back to the minimum trip for his second outing and duly obliged for owner Malih Al Basti and trainer David O’Meara. Hopefully he will go on from here and perhaps graduate to stakes company.

Purchased for €85,000 as a breezer at Arqana last year, he is mentioned here for two reasons. His owner sponsors the Breeding Insights pages of the paper, and the colt became a remarkable 12th winner for his dam Flanders (Common Grounds). This has been achieved from her first 13 foals, and the only one that hasn’t won a race has not in fact raced.